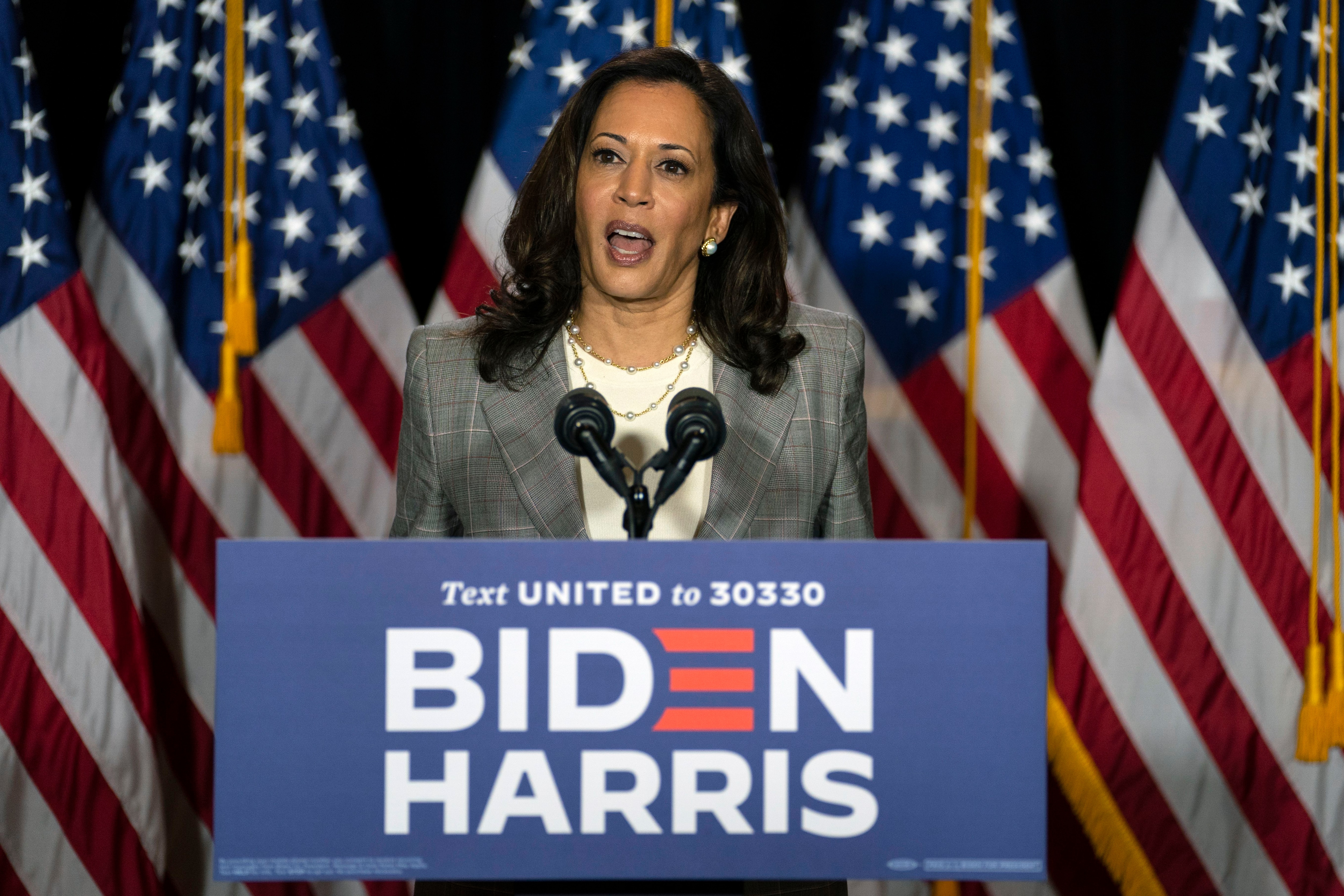 In her first two days as Joe Biden’s running mate, Kamala Harris has fired off the campaign’s sharpest criticism of President Donald Trump’s shortcomings. She has vouched for Biden’s character on race and more. And the enthusiasm surrounding her historic candidacy has brought in a record $36 million, including contributions from 150,000 new donors.

The campaign hopes it is just the beginning.

With less than three months before the election, Harris is rapidly embracing her new role. Democratic operatives and Harris allies believe she’ll energize what has been a relatively quiet campaign that has often preferred to keep the attention on the turbulence of Trump’s White House. She’s already making a vigorous case for Trump’s defeat, allowing Biden to focus more on his own policy prescriptions and less on direct attacks.

“We always look for surrogates and validators that help close the deal and can speak to voters who needed another reason to say, ‘Yes, I’m gonna support Joe Biden,’” said Donna Brazile, a former Democratic National Committee chair who also ran Al Gore’s 2000 campaign. “She fills in the gap.”

Harris was known during the Democratic presidential primary for wearing Converse sneakers and dancing with staff and supporters in unscripted moments. Biden allies expect her to deliver enthusiasm among some Democrats who oppose Trump but aren’t yet energized to vote by a candidate they feel may be out of touch with their concerns.

Harris’ “ability to connect” is part of what California Rep. Barbara Lee, who served as one of her campaign chairs, believes will help her deliver the campaign message to voters who may be otherwise tuned out.

“She loves to dance, she loves to cook. She’s a person who does normal things that everybody does. They can relate to her,” Lee said.

Still, Harris, the first Black woman selected for a national ticket, has faced her own criticism from young voters and progressives in the past, namely over her record on police misconduct as a district attorney and later California’s attorney general. Critics say she opposed key criminal justice reform measures, including police body cameras statewide, and didn’t address a number of wrongful convictions on her watch.

But during her time in Congress she’s embraced greater reforms to law enforcement, particularly in recent months in the nationwide reckoning over racism sparked by the police killing of George Floyd. She has been a leading Democratic voice on the issue .

Some progressives still point to Biden’s past support for the 1994 Crime Bill as reason to doubt his commitment to criminal justice reform. And Harris herself was a critic of Biden’s record on race, notably assailing him during a primary debate for previously opposing federally mandated busing. But Harris signaled Wednesday that she’ll offer a strong defense of Biden’s record on race.

During her first appearance with the former vice president, she said Biden “takes his place in the ongoing story of America’s march towards equality and justice” as the only person “who’s served alongside the first Black president and has chosen the first …read more

Herman Cain to be mourned at private funeral in Atlanta