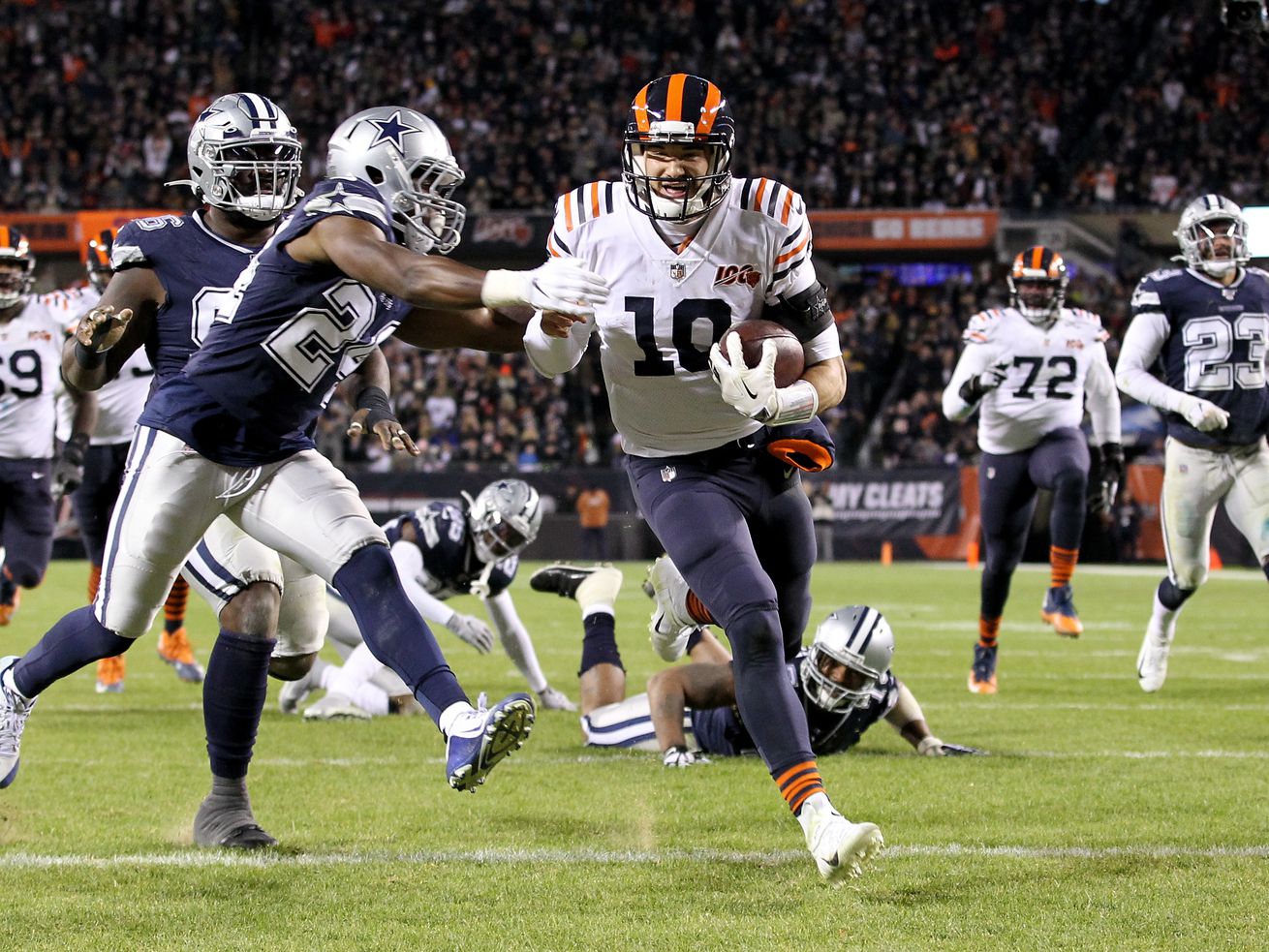 Bears quarterback Mitch Trubisky was never better this season than against the Cowboys on Dec. 5 at Soldier Field — he threw three touchdown passes and had a 115.5 passer rating — and rushed for 63 yards, including this 23-yard touchown. | Photo by Dylan Buell/Getty Images

Bears beleaguered quarterback is searching for elusive consistency vs. the Vikings on Sunday. But in a meaningless game, Week 17 success is unlikely to change any minds.

Even if he’s great against the Vikings at U.S. Bank Stadium and leads the Bears to victory, it will be dubious — a fit of success in a meaningless season-ending game against an opponent more interested in staying healthy than winning. It would be almost an indictment — “now you come out laser-focused with the pressure off.” Not a great deal for Trubisky, but that’s the reality.

And in the big picture, a supreme closing performance against the Vikings wouldn’t do anything to change the narrative confirmed in the minds of many over the previous 15 games that Trubisky is not the franchise quarterback the Bears thought they were getting when they traded up to draft him second overall in 2017.

There’s no doubt that Trubisky is not the people’s choice. The key question at Halas Hall in the offseason will be, to what extent — if any — do the Bears agree? Matt Nagy publicly stands by his quarterback. General manager Ryan Pace figures to do the same.

Two key questions will provide a hint of where they really stand: Will the Bears pick up the fifth-year option on Trubisky’s rookie contract for 2021? And will they bring in a veteran to challenge Trubisky for the starting job in 2020?

Pace and Nagy will face a lot of difficult questions after this season. Assuming they’ll back Trubisky for 2020, their argument against the public narrative that Trubisky is a bust will be interesting.

Bears offensive coordinator Mark Helfrich took a stab at that this week and probably provided a preview of the answer we’ll get from Pace.

So which is the easier fix? The quarterback, or everything around him — the running game, offensive line, tight end production, etc., etc.? Helfrich said that big-picture question was “beyond the scope of this discussion” but again pointed to the entire operation. “Everybody,” Helfrich …read more