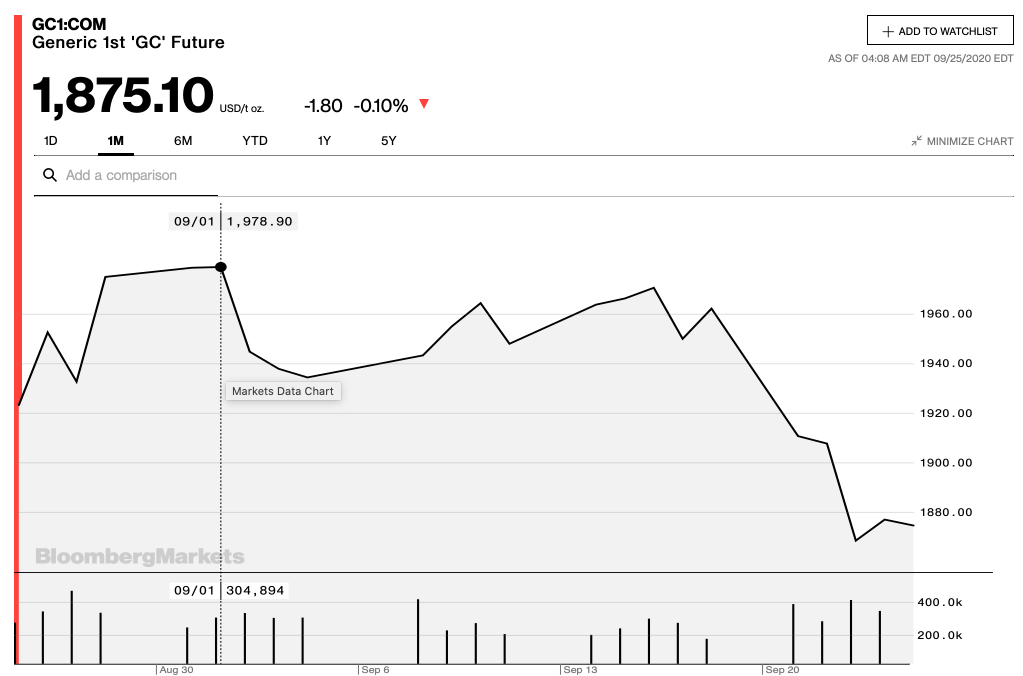 6.8%. While tech stocks have tanked, this sportswear giant has soared. Yes, I’m referring to

Happy Friday, everyone. The S&P 500 dipped into negative territory for the year at one point yesterday, triggering a buy-on-the-dip late-day rally. Still, the benchmark index is poised to finish down for a fourth consecutive week. That is unless progress on a stimulus spending plan gains traction.

Let’s check in on the action.

The major indexes are clinging to gains with Tokyo’s Nikkei leading the way, up 0.5%.

China stunned the world earlier this week when it pronounced it would go carbon neutral within the next 40 years. That’s no small feat, given its voracious appetite for coal. And it’s still building coal plants.
Investors dumped bonds in the world’s most indebted property developer China Evergrande Group on Thursday. With a debt pile of $120 billion, Evergrande’s troubles are being watched closely for fallout that could hit others parts of the economy.

The European bourses were mixed at the start with the Stoxx Europe 600 up 0.2%, before falling.

Britain is looking at a possible huge spike in unemployment next month as the government swaps out an expiring furlough scheme expires for a Germany-like wage-subsidy program. Refusing to sugar-coat what comes next, Chancellor of the Exchequer Rishi Sunak, warned, “I cannot save every business, I cannot save every job.”
The number of registered global COVID deaths could top 1 million as soon as this weekend. But health officials say even that grim figure is almost certainly an undercount. This comes as France reported a record number of new cases yesterday and the numbers are rising precipitously in Great Britain.

U.S. futures have been trading sideways all morning as investors remain divided on whether House Democrats and the White House can reach some kind of last-minute deal on a stimulus spending plan. They’re still a good $900 billion apart.
Data mining specialist Palantir Technologies is eying a lofty valuation as it prepares to go public next week. According to the Wall Street Journal, Palantir’s bankers are looking to sell shares at $10 which would equate to a $22 billion valuation.

Goldman Sachs thinks investor worries about a drawn-out presidential election result are overblown. On Nov. 4, says Goldman economists Michael Cahill and Alec Phillips, “the S&P can trade the likely outcome, even if the AP does not call the race.”

Crude is up slightly with Brent trading above $42.50/barrel.

-12.3%. The Nasdaq 100 is down double digits—a tick over 12%—since hitting an all-time high on Sept. 2. A strong finish today could put the tech big caps in positive territory for the week, but they’re still solidly in correction territory. As I type, Amazon is up nearly 1% in pre-market trading, helped by investor enthusiasm for a new lineup of products introduced yesterday. Still, it’s down more than 14% this month.

-9.3%. Gold bugs are having a rough September. The shiny yellow metal is getting pounded as investors pile into another …read more

Global strategy chief says the biggest concern for markets is the election, and breaks down the best ways to protect investments heading into November