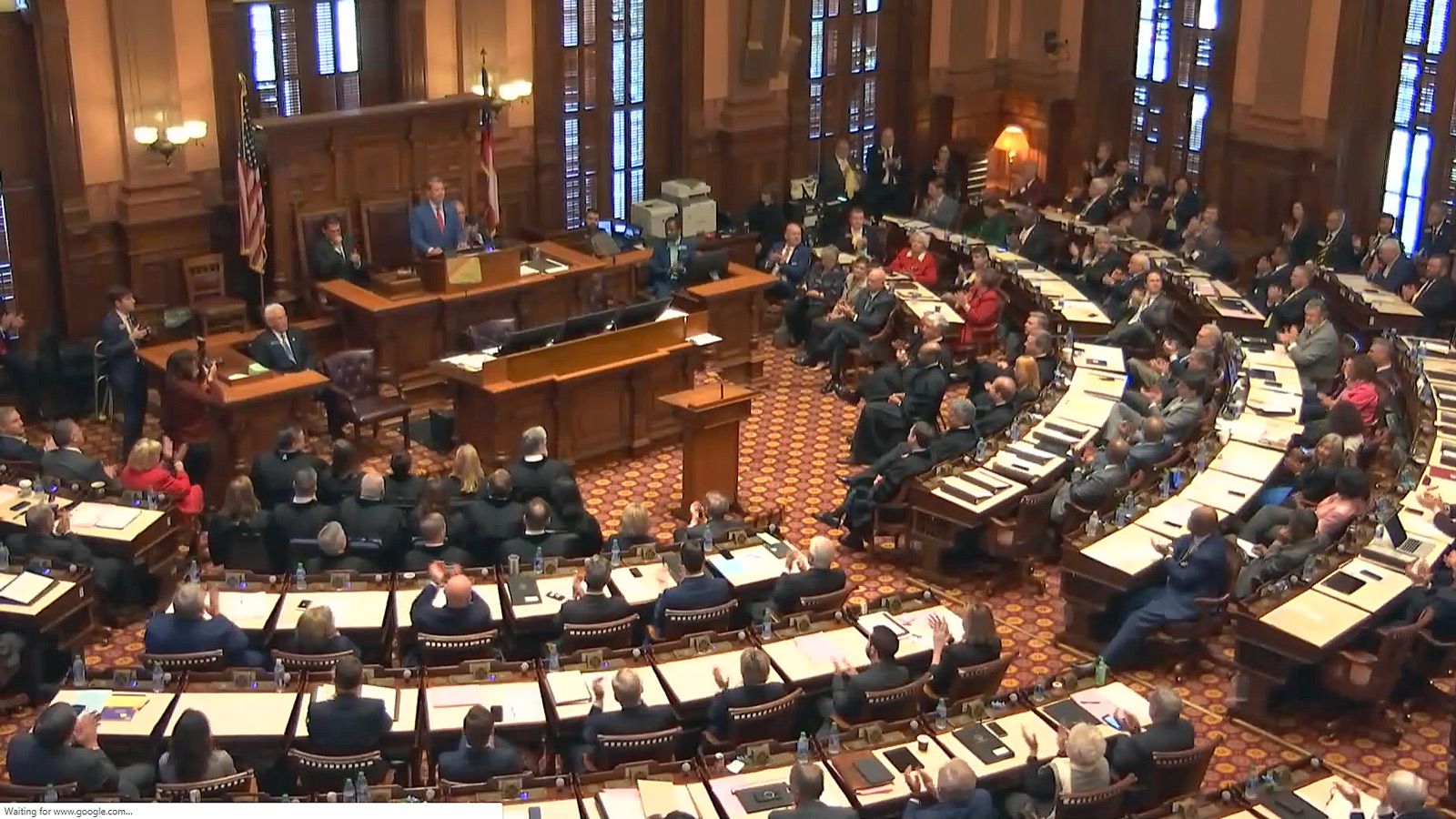 Georgia lawmakers say that they’ve scraped up enough money to prevent state agencies from sending employees home for unpaid furlough days in the coming year, and say K-12 school districts should be able to spend savings to avoid teacher furloughs.

House and Senate negotiators signed an agreement Tuesday on a final version of Georgia’s 2021 budget, for the year beginning Wednesday. The Senate passed the agreement by a vote of 40-13, while the House is not expected to act on the budget until Friday, the session’s last day.

The state will spend $25.9 billion of its own revenue, a 10% cut from what was originally expected. The cuts are sharp, but had once been projected to be as high as 14%. Gov. Brian Kemp is letting lawmakers spend $250 million out of the state’s savings account and increased projected tobacco tax revenue by $50 million earlier this week. That and an improving economic outlook led to smaller reductions.

Combined with $15.1 billion in federal money and $11.4 billion in non-tax revenue, Georgia’s government plans to spend a total of $52.5 billion

Kemp had to revise his revenue estimate, which sets a ceiling on what lawmakers can spend, after state revenues tumbled during the COVID-19 pandemic. The Republican governor’s new figure, released Monday, is $2.2 billion less than he projected in January.

“There were no easy decisions,” said House Appropriations Committee Chairman Terry England, an Auburn Republican. “There was nothing easy about that process.”

Lawmakers have been considering proposals to increase revenue, including eliminating hundreds of millions in tax breaks and increasing taxes on cigarettes. There are also last-minute efforts to expand gambling. But none of those measures have passed even one legislative chamber and Republican budget writers said they included none of those plans.

Senate Minority Leader Steve Henson, a Stone Mountain Democrat, said past tax cuts and a refusal to consider more revenue this year was a failure of Republican leadership.

“If we’re going to look for a rich state, a healthy state, a prosperous state, then we need not only look at how we cut the budget, but how we strengthen the state,” Henson said. “Some funding is necessary.”

Senate Appropriations Committee Chairman Blake Tillery said the bump in revenue allowed the state to avoid many of the reductions that people would have noticed, like contracts for autism services that were preserved.

“It was something to see how far 1% could go as far as affecting people,” said Tillery, a Vidalia Republican who was leading the Senate side of the budget process for the first time after longtime Senate Appropriations Chairman Jack Hill died in April.

Tillery and England said that budget writers had found enough money to pay for schools to train new state troopers, avoid cutting aid to county health departments, and added $19 million to pay for six months of Medicaid health insurance for indigent mothers after birth, up from two. England, an Auburn Republican, said budget writers had left enough money for the Department of Public Health and Georgia’s child welfare agencies to fill some …read more