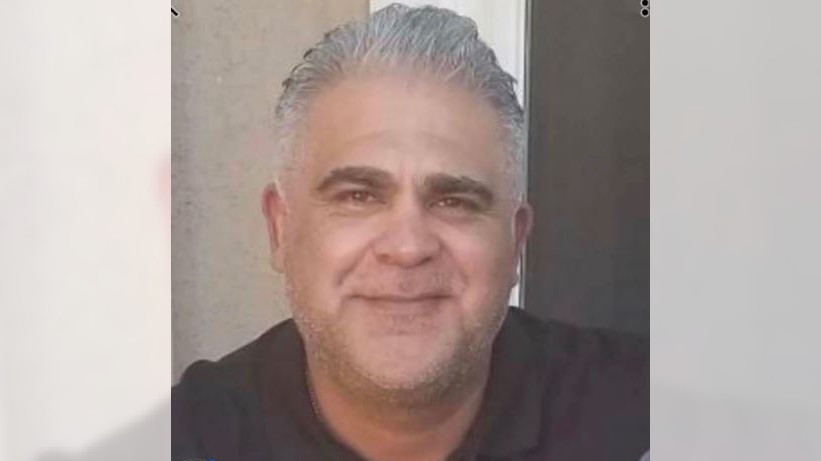 A veteran Los Angeles city firefighter who went missing in Baja California last month may have been the victim of a “violent kidnapping,” Mayor Eric Garcetti said Wednesday.

Garcetti said he was largely reacting to news reports in which Baja California’s head prosecutor, Hiram Sanchez, told members of the media that Francisco “Frank” Aguilar, 48, may have been “forcibly taken” from his condo.

Speaking at a news conference, Garcetti added that he would offer resources to authorities in the U.S. and Mexico. The FBI is assisting Mexican law enforcement officials in their investigation into the disappearance of Aguilar.

“We will work tirelessly to make sure Frank is returned safely,” Garcetti said. “This is somebody who has put his life on the line for us, and we will do everything in our power … to ensure that law enforcement in Mexico has whatever support it needs.”

Family members decried a lack of communication from Mexican law enforcement officials during the investigation, noting that the family learned of possible violence against their relative through news reports on Wednesday morning, and not from investigators.

“That’s info that my family would love to know before it was released to press,” said Amaris Aguilar, one of Frank Aguilar’s daughters.

Aguilar’s family last heard from him on the evening of Aug. 20. Earlier that day, Aguilar left his Rancho Cucamonga home and headed south to check on a condominium he owns in San Antonio Del Mar, which is between Tijuana and Rosarito, according to his brother, Gabriel Aguilar.

After failed attempts at trying to reach him by phone, Gabriel Aguilar, along with other relatives, went to Mexico to look for his brother the next day.

When they arrived, the group noticed Frank Aguilar’s Jeep and dirt bike were gone. Inside the condo, drawers sat ajar and picture frames were altered.

“Everything was moved,” Gabriel Aguilar said. “Someone had gone through (the condo).”

Amaris Aguilar said her father would often make the two-hour trip south on his free time to relax and decompress from his work as a Los Angeles Fire Department firefighter at Station 44, part of the Central Bureau.

San Antonio Del Mar was a regular meeting place for their family to vacation, said Amaris Aguilar, who  previously had planned to spend several days there with her father beginning Sept. 3. In addition to her father’s condo, Amaris Aguilar said, her grandmother also owned a vacation home in the Baja California town for 18 years. She said her father has a great relationship with members of the San Antonio Del Mar community and was surprised at the mention of possible violence toward her father.

“My dad is my best friend; he’s literally my entire world and heart,” Amaris Aguilar said. “Please give my father back, no questions asked.”

Jason Velsaco, Frank Aguilar’s cousin, was encouraged by Garcetti’s pledge on Wednesday, but pressed him to specify what resources would specifically be used to help find their relative.

“The mayor made some pretty bold statements,” Velsaco said. “Thirteen days later, we want to know what those resources may be.”

Europe is heading back into lockdown, but when travel resumes, these are the 3 European airline stocks to own, Morgan Stanley says