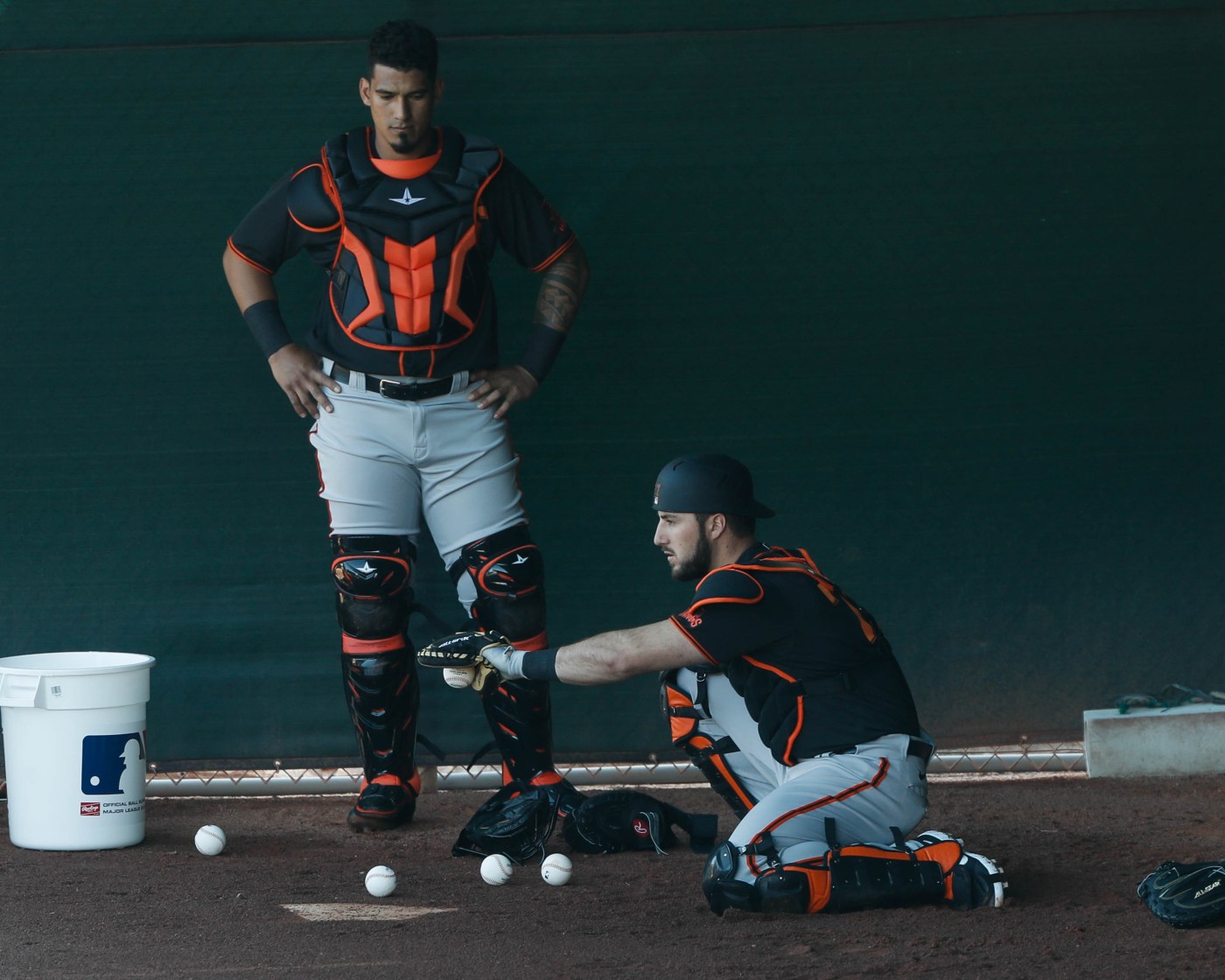 SCOTTSDALE — Joey Bart was angry, and he had every right to feel that way.

When a 96-mile per hour fastball from Pirates prospect Blake Cederlind came up and in during an Arizona Fall League game, Bart thought the ball was coming for his head. The Giants catching prospect tried to evade the pitch, but he left his right thumb exposed and suffered a non-displaced fracture.

It wasn’t the first errant pitch he saw that night.

“I’d already been hit twice and been brushed back a lot,” Bart said. “That was kind of the scoop I guess in the Fall League.”

Bart, who missed six weeks after an errant fastball fractured his left hand in April, has become accustomed to teams trying to beat him inside. He understands the game plan…to a certain extent.

Five things we learned at Giants HQ: A new pitcher, a new infielder and day one standouts

“Very uncompetitive pitches,” Bart said. “The one that hit me, it was going to hit me in the head if I didn’t somewhat get me out of the way.”

Scottsdale Scorpions teammate and fellow Giants prospect Jacob Heyward told him Pirates prospects threw up and in far too often at the Double-A level last season and Bart thinks it’s possible Cederlind’s Peoria Javelinas were targeting him. He isn’t certain, but his teammates were furious anyway.

“I never played anyone with the Pirates, but the Pirates, that’s kind of what their thing is. That’s what my teammates told me,” Bart said. When they faced them in Double-A, that’s all they did. They just hit people left and right. Their philosophy is hard in. That’s great, it’s hard to hit. But if you can’t do it right, that puts in a different ballgame.”

Bart said he isn’t aware of the reputation Pittsburgh pitchers had under manager Clint Hurdle at the major league level, but the Pirates haven’t exactly been regarded as choirboys.

With a pair of hand injuries behind him, Bart took the field Wednesday as pitchers and catchers took part in their first workout at the Giants’ complex in Scottsdale Stadium. The power-hitting prospect sprayed the ball all over the field and impressed manager Gabe Kapler with his opposite field approach.

“First impressions, watching him on the field take batting practice is how loud the ball comes off his …read more