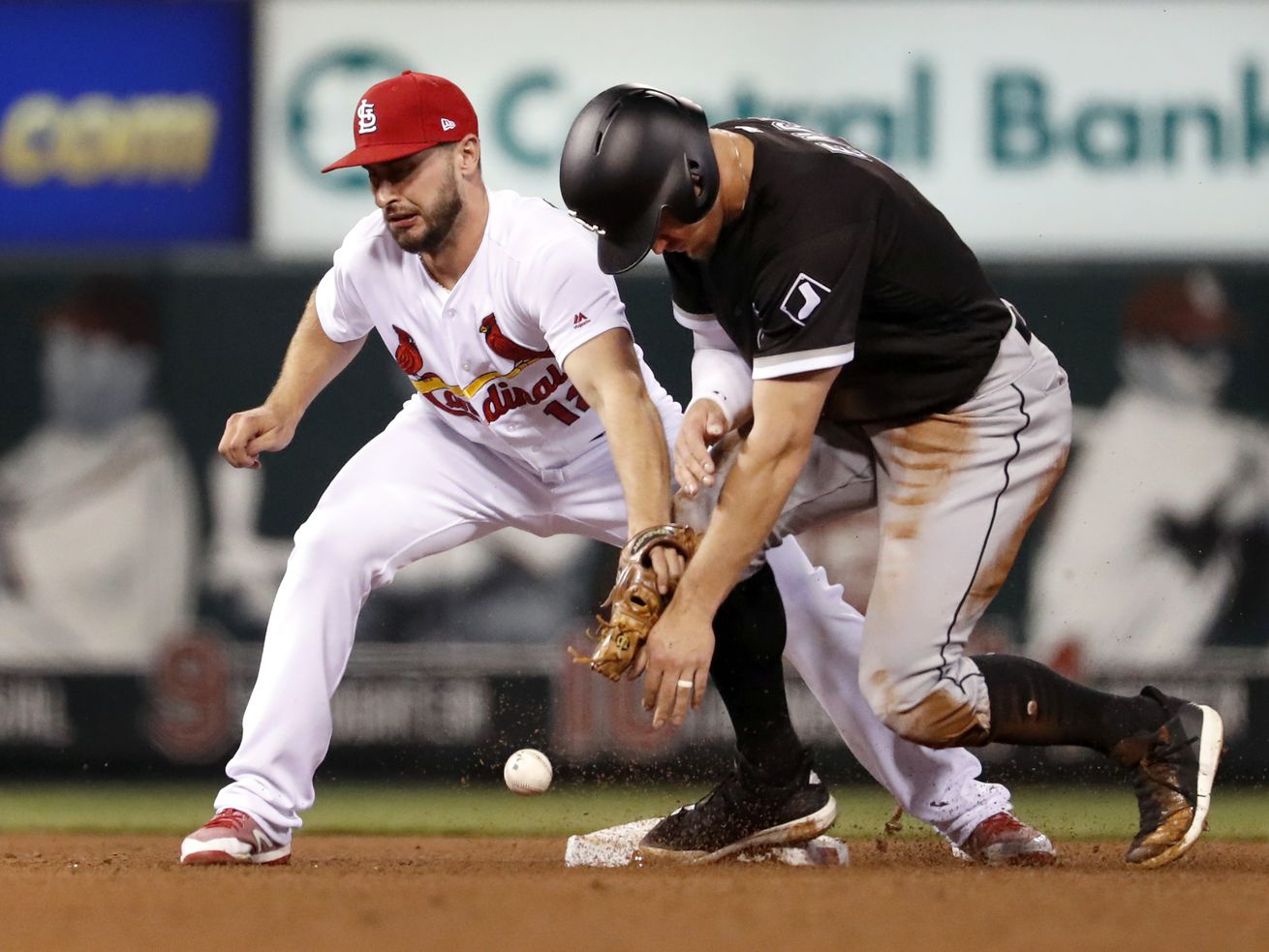 Friday’s White Sox-Cardinals game has been postponed. It will be made up as part of a doubleheader on Saturday. | Jeff Roberson/AP

Cardinals have not played since July 29 because of multiple positive coronavirus tests.

In a season of firsts, here’s another one for the White Sox: a scheduled doubleheader with two seven-inning games.

The Sox and Cardinals’ scheduled game Friday at Guaranteed Rate Field was postponed and will be made up Saturday as part of a straight doubleheader starting at 1:10 p.m.

The Cardinals (2-3) haven’t played since July 29 because of multiple positive coronavirus tests. They were scheduled to play the Sox on Friday, Saturday and Sunday before facing the Cubs on Monday, Tuesday and Wednesday at Wrigley Field, pending the results of tests. A staffer’s positive test that surfaced Thursday was the team’s 18th, but players, coaches and staffers were still planning to travel the 295 miles to Chicago on Friday — reportedly in cars.

Coming off two wins in a row and a day off Thursday, the Sox (10-9) would have preferred to open the Cardinals series Friday. They hadn’t listed a starting pitcher for Friday, an expected bullpen day. Lucas Giolito was scheduled to start Saturday and Dallas Keuchel on Sunday, both on five days of rest. Saturday’s game had a 6:10 p.m. scheduled start.

While calling up a pitcher from Schaumburg to start one of the doubleheader games might be a possibility Saturday, the bullpen should be able to absorb a seven-inning game, especially with Giolito starting one of them.

“We’re anticipating playing, and we’ll deal with any situation that arises that might take us away from that,” manager Rick Renteria said after the Sox’ 7-5 win Wednesday in Detroit, knowing at the time that the Cardinals series was in limbo. “Hopefully . . . we’ll just continue to play, but we’ll cross that bridge when we get to it, if it even happens.”

MLB has to work out a revised schedule for the Cardinals, who on Saturday will have 44 days left to play 55 games. They’re not expected to play them all.

The Sox will be facing a team with some rust, although the Cardinals have been working out individually, according to the St. Louis Post-Dispatch.

MLB and the players’ union announced July 31 that seven-inning doubleheaders would be played to help make up games postponed because of positive coronavirus tests.

“Given the frequency of doubleheaders, the effects of doubleheaders on rosters and the need to reschedule games due to dynamic circumstances, both the clubs and the players have determined that this step promotes player health and safety,” MLB and the union said in a joint statement.

Utah State Fair opens for another year — with precautions