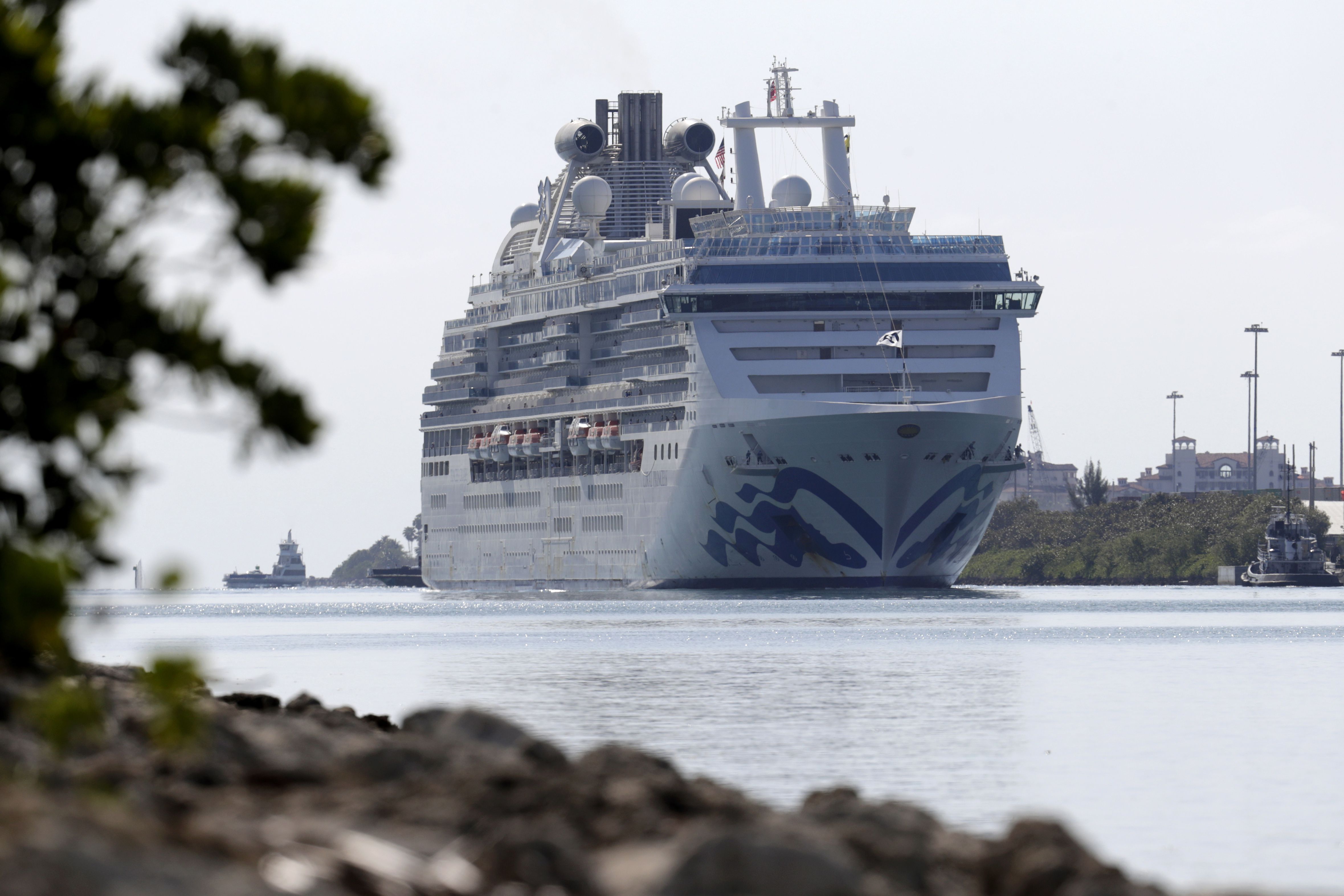 Florida Gov. Ron DeSantis ripped into the federal government’s continued pandemic ban on cruise ships using U.S. ports, threatening Friday to file a lawsuit if one of the state’s biggest tourism sectors is not allowed to resume operations soon.

Appearing at Port Canaveral with leaders from Carnival, Norwegian, Disney and Royal Caribbean cruise lines, DeSantis and Florida Attorney General Ashley Moody said they are exploring the state’s legal options if the Centers for Disease Control and Prevention does not allow U.S.-based cruising to resume by summer.

The state is the nation’s cruise capital with three of the world’s busiest ports: Miami, Port Canaveral near Kennedy Space Center, and Port Everglades near Fort Lauderdale. Millions typically cruise from Florida each year and the industry generates billions for the state’s economy.

DeSantis said the continued ban is only hurting Florida with no effect on the pandemic as cruising is resuming elsewhere in the world and Americans are flying to the nearby Bahamas to board ships.

“Is it OK for the government to just idle an industry for a year?” the Republican governor said. He said people now need to decide for themselves what they are willing to risk.

The CDC shut down the cruise industry a year ago when several coronavirus outbreaks were tied to ships worldwide. DeSantis and industry leaders argued Friday that with widespread testing and vaccines becoming more available, the danger is now no worse than air and train travel, which are open. Cruising has resumed with restrictions and protocols in much of the world with the industry leaders saying there have been no new outbreaks tied to their ships.

The CDC did not immediately respond to an email Friday seeking comment. It issued guidelines in October that require cruise ships conduct mock voyages to test procedures and have onboard testing labs before passengers would be allowed, but no further guidance has been issued, leaving the ban effectively in place.

Cindy Prins, a University of Florida epidemiologist, defended the ban, saying it is still too early for cruise ships to operate. Unlike other modes of transportation, families and groups on cruises mingle and dine together for long periods, increasing the likelihood of spread, she said, and testing and symptom screening are not perfect methods of prevention.

She said cruise lines would need to limit passengers and crew to those who can prove they are fully vaccinated to avoid spreading the virus. No industry leader suggested Friday that would be a requirement if they resume U.S. operations, and DeSantis expressed opposition to requiring vaccination for participation in the economy.

Moody, also a Republican, said if a lawsuit is filed, it would challenge the ban as based on medical information that is out-of-date and no longer valid.

“When you have a government that is working against the interests and vitality of its citizens it serves, that is a problem. And historically, you can see how that leads to the demise and destruction of those they are trying to …read more