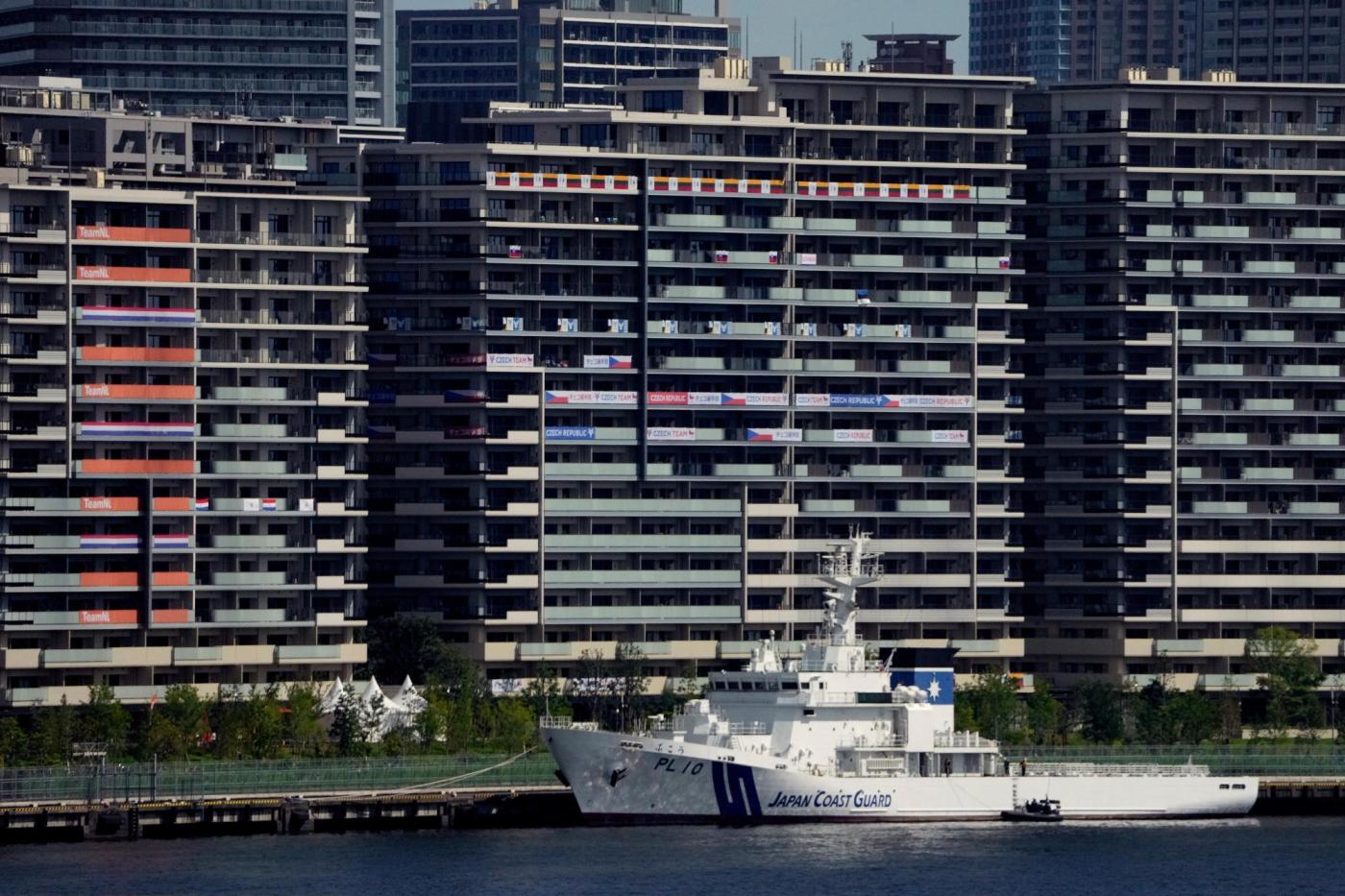 TOKYO (AP) — Two athletes living in the Olympic Village have tested positive for COVID-19, the first to do so with the Tokyo Games opening on Friday.

Organizers confirmed the positive tests on Sunday and both were listed as non-Japanese. No names or other details were provided.

Organizers on Sunday also said another athlete had tested positive but this person was not residing in the Olympic Village. This athlete was also identified as “non-Japanese.”

Also on Sunday, the first International Olympic Committee member was reported as positive. He recorded a positive test on Saturday entering a Tokyo airport.

The International Olympic Committee confirmed the test and identified him as Ryu Seung-min of South Korea. He won an Olympic gold medal in table tennis in the 2004 Olympics.

He was reportedly being held in isolation. Reports said he was asymptomatic.

IOC President Thomas Bach said last week there was “zero” risk of athletes in the village passing on the virus to Japanese or other resident of the village.

Organizers say since July 1, 55 people linked to the Olympics have reported positive tests. This accounting does not include athletes or others who may have arrived for training camps but are not yet under the “jurisdiction” of the organizing committee.

The Olympic Village on Tokyo Bay will house 11,000 Olympic athletes and thousands of other support staff.Related Articles

Alexander: For USA men’s basketball, win streaks are least of their worries

Tokyo Olympic Games are going forward. Should they?

Senate to hold hearing on FBI’s mishandling of Nassar case

Tokyo recorded 1,410 new COVID-19 cases on Saturday, the highest in six months. It was the 28th straight day that cases were higher than seven days previous.

The Olympics will open on Friday under a state of emergency in Tokyo and three neighboring prefectures. The emergency order lasts until Aug. 22. The Olympics close on Aug. 8.

Fans — local and fans from abroad — have been banned for all Olympic events in Tokyo and the three neighboring prefectures. As few outlying venues may allow a smattering of local fans.

Keigo Oyamada, a Japanese composer whose music is part of Friday’s opening ceremony, has apologized for bullying a classmate during his childhood.

The reports of the abuse of a child with disabilities surfaced in the Japanese media and sparked a backlash on social media. There has been a call for his resignation from the opening ceremony production.

The Texans Reportedly Expect J.J. Watt To Return From A Torn Pec For The Playoffs

The best desks for your office in 2021