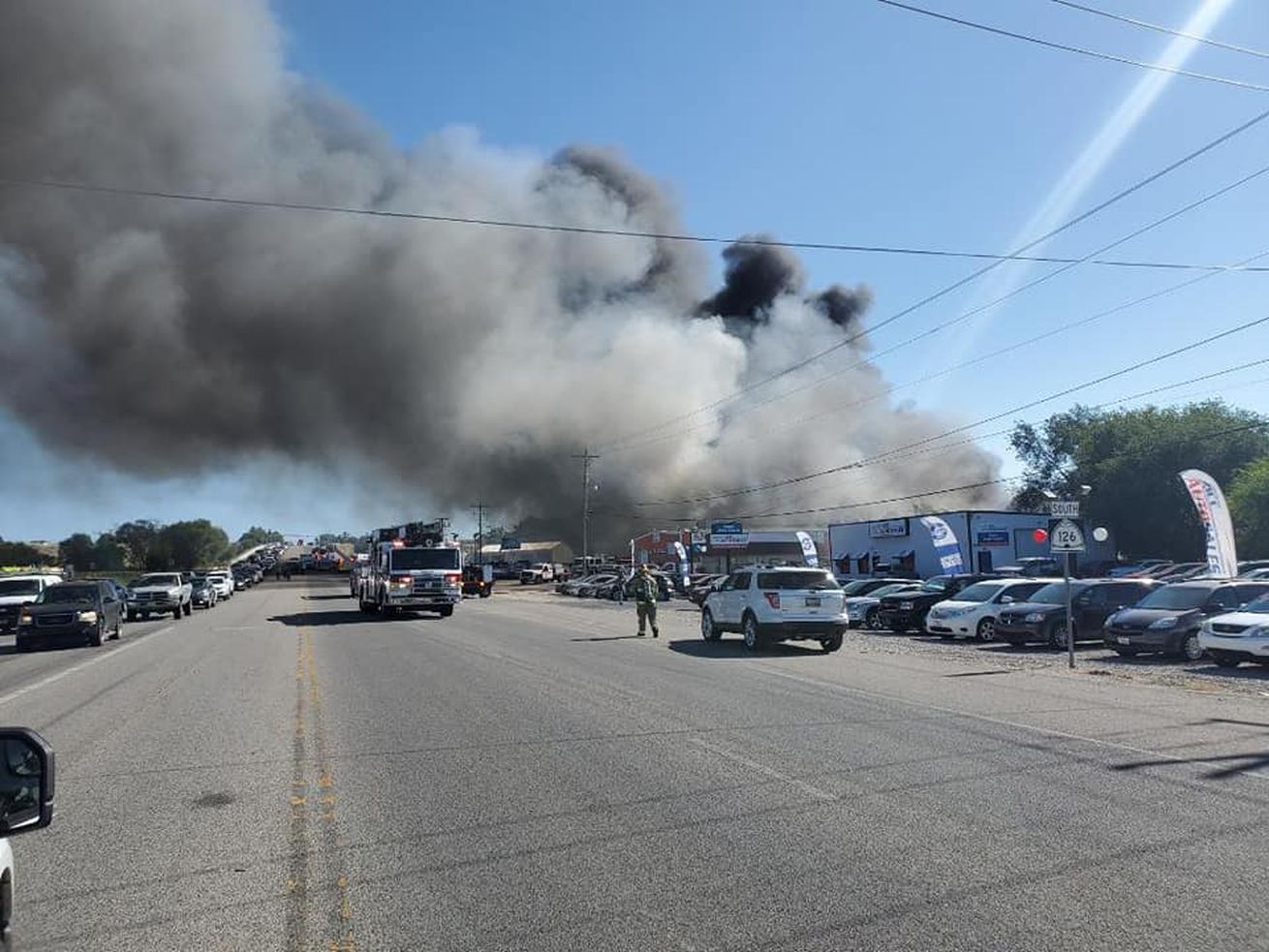 WEST HAVEN — A fire sparked near railroad tracks charred over a dozen parked cars and damaged two buildings in West Haven on Saturday.

Crews from multiple jurisdictions responded to the grass fire near Midland Drive and 1900 West at about 4:30 p.m., according to a tweet from West Haven city representatives. They closed 1900 West from 31st Street to Midland Drive while firefighters worked for about two hours to get the fire under control.

“Fire started along railroad tracks, and quickly moved down the tracks and into salvage yards,” Weber Fire District officials tweeted.

About 13 or 14 cars parked behind an auto care building were burned, according to a tweet posted by West Haven. The rear of two other buildings had exterior damage, but no damage occurred inside. Flames also threatened railroad tank cars, an apartment complex and multiple other structures, according to Weber Fire District.

One firefighter was treated for heat exhaustion, Weber Fire District said on social media, but no injuries were reported.

“We would like to thank the tremendous response from all the fire and police agencies,” Weber Fire District representatives posted on Facebook. “This fire had a lot of potential to spread and could have been much worse. Also, the heat was a real factor for our crews —despite this they all did a tremendous job and fought hard to keep this fire contained.”

The fire was still under investigation Saturday evening, according to Weber Fire District.

Five of the strangest quotes from Donald Trump’s Republican convention