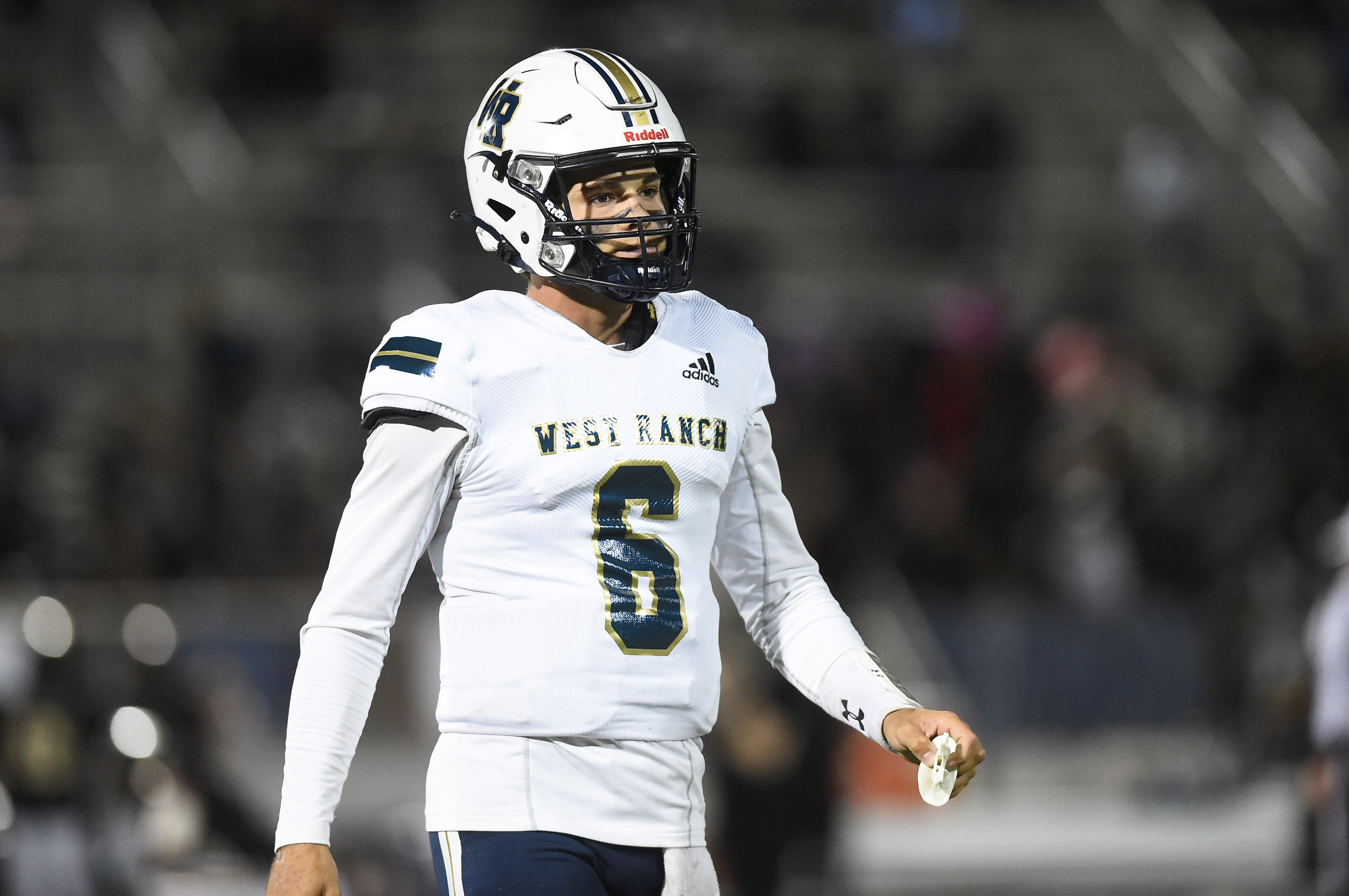 Drum it up however you want. But if we look at the Foothill League objectively, the king of the hill has been Valencia football. The Vikings won 11 straight league titles until this past spring when Saugus took them down 21-7 to lift the league crown, which marked its first outright Foothill League championship since 2008.

Sure, this makes Saugus the reigning league champion, but beating Valencia still holds more weight. If the Centurions’ first spring game was against Valencia last season, and they won, Saugus would have felt like West Ranch does right now: confident and worthy of a league crown.

It’s what taking down a longtime power does.

The Wildcats (6-1) made program history last week by taking down Valencia for the first time, 23-20. Kicker Jason Anderson delivered the game-winning field goal with 1:55 left in the game. The clock hit zeros and pandemonium ensued. The players stormed the field and West Ranch coach Chris Varner threw his hands in the air as he was drenched in victory from a Gatorade bath.

“That was the biggest win of my coaching career,” said Varner, who’s in his 6th year at the helm.

The scene was very similar to when Saugus took down Valencia in April.

To West Ranch’s credit, there was no hangover from last week’s emotions in Friday night’s 37-14 league win over Golden Valley at Canyon High. Speedy running back Dylan Roof had two rushing touchdowns, and the defense scored twice.

Junior linebacker Brady Van Bennekum was outstanding. He strip sacked Golden Valley quarterback Jaxson Miner which led to a scoop and score from Connor Reyes early in the first quarter. Van Bennekum later was the scooper and scorer on an 85-yard touchdown return in the second quarter to make it 20-7.

“His older brother was an All-CIF player for us,” Varner said of Brady. “I think he’s got more upside. He’s been a work in progress because he hasn’t played football since he was a freshman. Now we’re seeing what he’s capable of.”

Van Bennekum had an interception return for a touchdown against Valencia. He’s full of big plays.

Pruning, picking and transplanting: What you can do in the garden this week, Dec. 28-Jan. 3