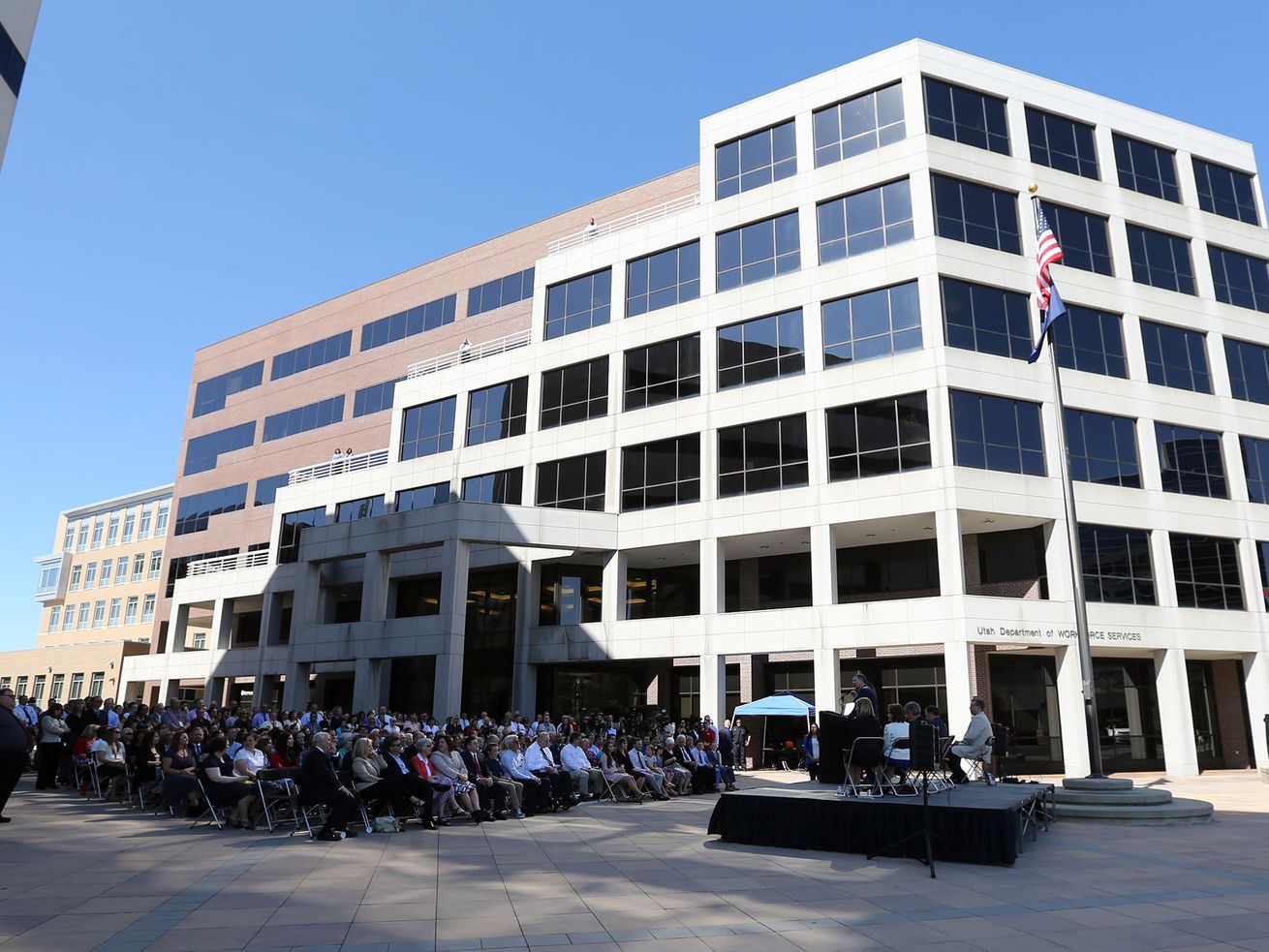 Unemployment claims down for fourth week in a row, state report shows

SALT LAKE CITY — Even though Utah has paid out seven years worth of jobless benefits in just the past five months, a Workforce Services official does not believe the state is in danger of joining nearly a dozen others facing insolvency in their unemployment services funds.

According to Utah Unemployment Insurance Division Director Kevin Burt, 11 states have paid out more benefits than their unemployment trust fund balance has, and eight more states have requested permission to borrow federal funds because they are going to go insolvent.

Utah has paid out $1.3 billion in unemployment benefits this year, Burt said, two-thirds of which was funded by the federal government. The state paid just over $30.5 million in benefits last week, it reported Thursday, as the number of new claims for jobless benefits in Utah declined for the fourth straight week.

The Department of Workforce Services said in its weekly update that 4,854 new claims were filed for unemployment compensation for the week of Aug. 2 through Aug. 8, along with 73,300 continued claims. The week before, more than 81,000 had filed for jobless benefits.

“A total of 20 states have seen more than 75% decrease in their state trust fund balances, (but) Utah right now is not projected to go insolvent,” Burt said. “This year, we are certainly getting challenged as we have paid out historical claims, but we do not expect insolvency. Certainly this year, we’ll continue to monitor the progress, and there are promising trends with the decreasing continued claims.”

He is optimistic as the number of claims has been dropping steadily for the past month, and that changes to job attachment rules — where a person who lost a job due to the pandemic but is expecting to be hired back by the same company does not have to report efforts to contact other potential employers — will encourage people to look at jobs in other fields and not rely on unemployment.

“Active job search efforts will hopefully connect those seeking work to where economic growth is occurring as employment is critical for real stability rather than the time-limited unemployment benefit,” Burt said.

He noted that individuals who are looking for work may have to take a job in another career field if their industry has yet to begin rehiring those who were furloughed due to the coronavirus outbreak.

“We are encouraging them to look for work where opportunities exist in this new normal,” he said.

The expanded use of the job attachment status was needed to deal with an unusual time.

“That’s what made this spike in unemployment different than a recession, individuals in a recession are usually let go with no expectation to return,” Burt said during a weekly news conference in Salt Lake City. “This pandemic was certainly different in the speed in which people needed assistance, the volume of number of …read more

London is closing in on New York’s ranking as the world’s number 1 financial center, this survey says