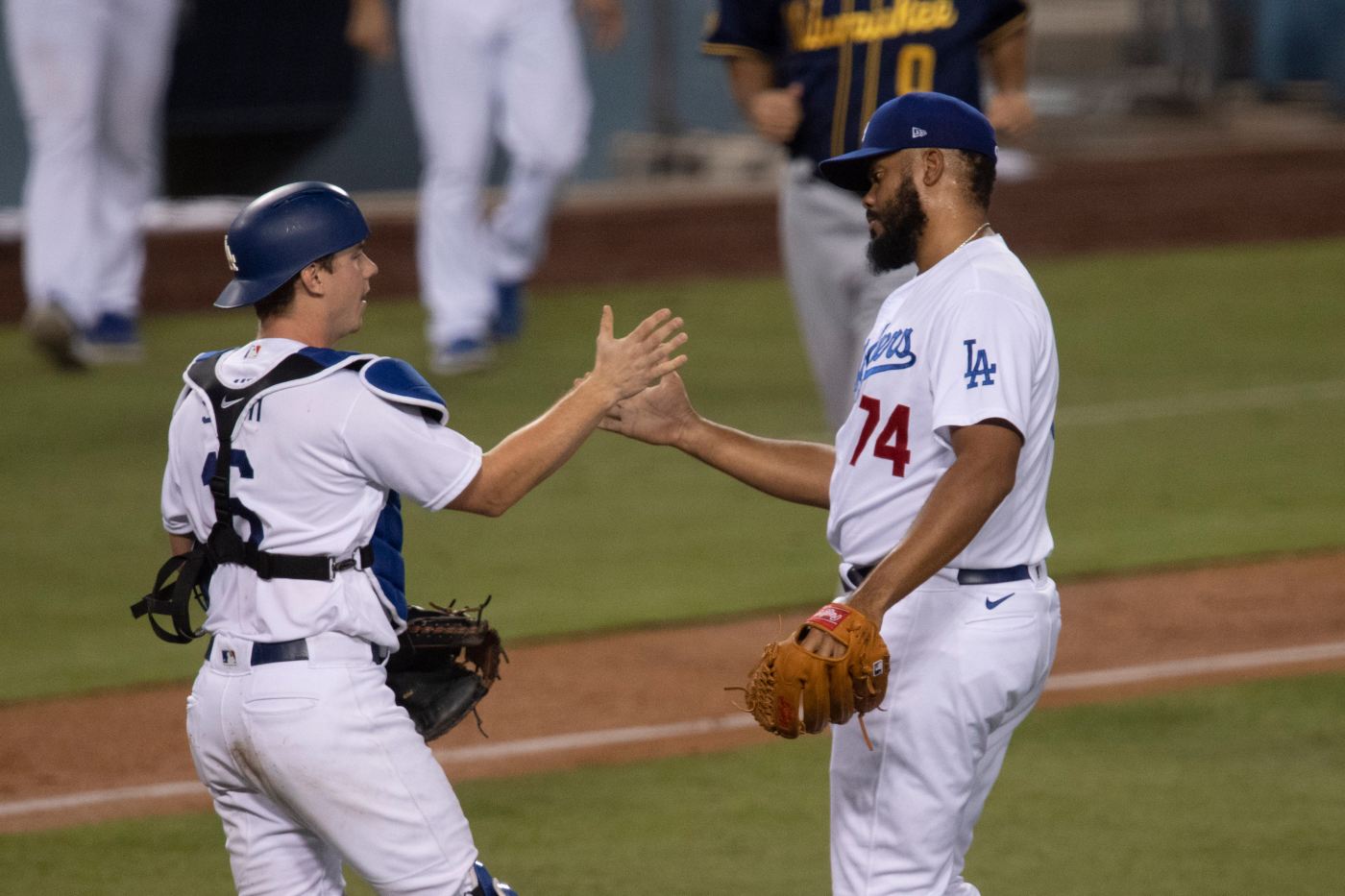 OK, Dodger fans, take a deep breath. The madness may be just beginning.

This may, in fact, be the biggest curse of this manic best-of-three round that hopefully will be gone after this season: By the time a team merely gets to the Division Series, their fans may already be nervous wrecks.

This 4-2 victory over Milwaukee in Game 1 of the lightning round was typical Dodger playoff baseball in a sense: Squander chances to put it away early, turn meek against the opposing team’s bullpen in the middle innings, give up a home run – always a home run – to make things closer than they reasonably should have been, finally give themselves some breathing room late, and depend on the bullpen to close the deal.

And I will say it now and get it out of the way: Only if and when Kenley Jansen gets the last out of the last game and the Dodgers can at last hoist the Commissioner’s Trophy will the worrying cease. Until then, nothing is certain and you’ll be able to distinguish Dodger fans by the furrows on their foreheads and the bags under their eyes.

Yes, the Dodgers seem to have as deep a bullpen as they’ve had in years. But we said the same thing in 2017, before a blown lead in Game 2 of the World Series, at home and without benefit of video monitors and trash cans, sent Jansen, and by extension the Dodgers, into a spiral that would last two additional seasons.

The best-of-three series, with its potential for disaster for a division champion, is made for drama, and chaos, and misery for favorites. The under .500 Houston Astros – yep, them – have already taken out the Minnesota Twins, who were 36-24. The Miami Marlins are this close to upending the NL Central champion Cubs, and the St. Louis Cardinals have the Padres, everyone’s favorite story this season, by the scruff of the neck.

The Dodgers avoided such sudden jeopardy in Game 1 thanks to Corey Seager’s 447-foot bomb to dead center off of Freddy Peralta in the seventh inning Wednesday night. This came after the Dodgers had left-handed starter Brent Suter wobbling in the first, with four walks and just nine strikes in 32 pitches thrown, but couldn’t get the big hit to break it open.

The pluses: The Dodgers saw a lot of the Brewers bullpen – though not Josh Hader, who they’ll almost certainly see Thursday night in Game 2 – and so have a better feel for what to expect. Seager (1 for 3 with that home run and two runs scored) and Mookie Betts (2 for 4, two doubles, a run scored and an RBI) have a 1-2 punch at the top of the lineup that is masking the difficulties of Cody Bellinger (.239 and .789 OPS in the regular season, 1 for 4 Wednesday) and Max Muncy (.192, .720 and 0 for 2 but with two walks).

Jaguars prepared to welcome fans back to ’The Bank’