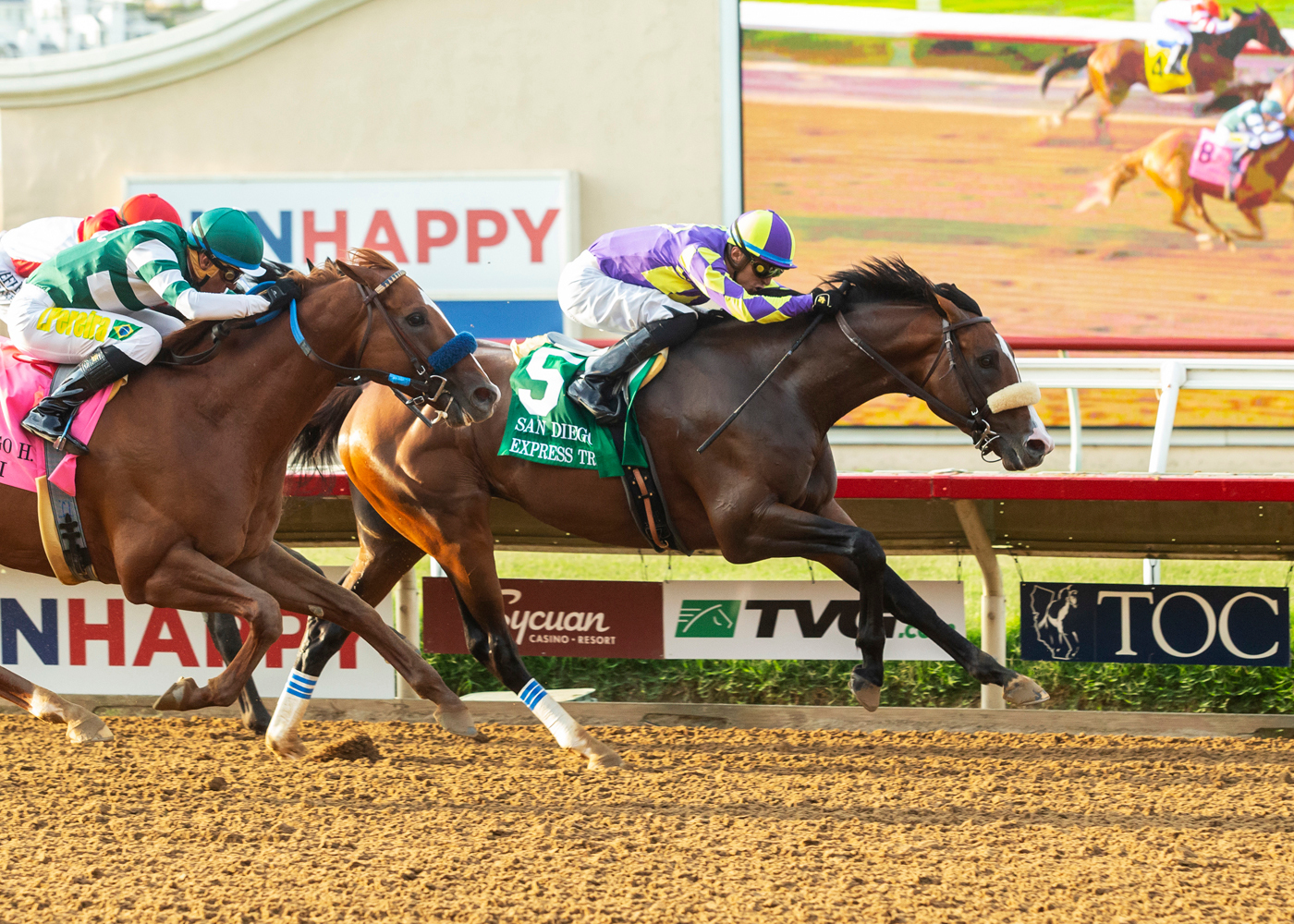 The Shirreffs-trained Express Train, ridden by Juan Hernandez, won a stretch-long duel with runner-up Tripoli and third-place finisher Royal Ship, the 8-5 favorite, for his fourth victory in 12 starts and third in four races at Del Mar.

But Shirreffs said perhaps too much is made of Express Train’s success over Del Mar’s main surface.

“Del Mar is really great, it’s a wonderful place to race, but I think the (race) circumstances more than the location make a difference,” said the man who led the great Zenyatta to a 19-1 lifetime record. “You know, the trip, how he comes into the race, how he’s doing mentally, all the little distractions that may happen or don’t happen. I think that plays probably a bigger role in the ultimate outcome.”

Shirreffs has started only four horses in the Pacific Classic, with Midcourt’s third-place finish in last summer’s edition serving as his best outcome. Saturday’s victory was his second in the San Diego Handicap, following Giacomo’s win in 2006.

If Express Train comes out of the race in good shape, Shirreffs gave a firm yes when asked if the 4-year-old Union Rags colt would be pointed toward the Pacific Classic, which will be run Aug. 21 and this year carries a $750,000 purse.

The San Diego Handicap was 1 1/16 miles and Express Train tracked pacesetter Rushie (22.97, 47.16 and 1:12.23) from second the entire way until the stop of the stretch when he took the lead and held off Tripoli by a half length. It was another three-quarters of a length back to Royal Ship.

“I thought he was in a good spot,” Shirreffs said. “He got out of the gate well, got a good forward position and he was on the outside of Rushie. I thought that was a good place for him. He wasn’t anxious or rank so he just kind of stayed in the position comfortably. When Juan asked him he responded very well.”