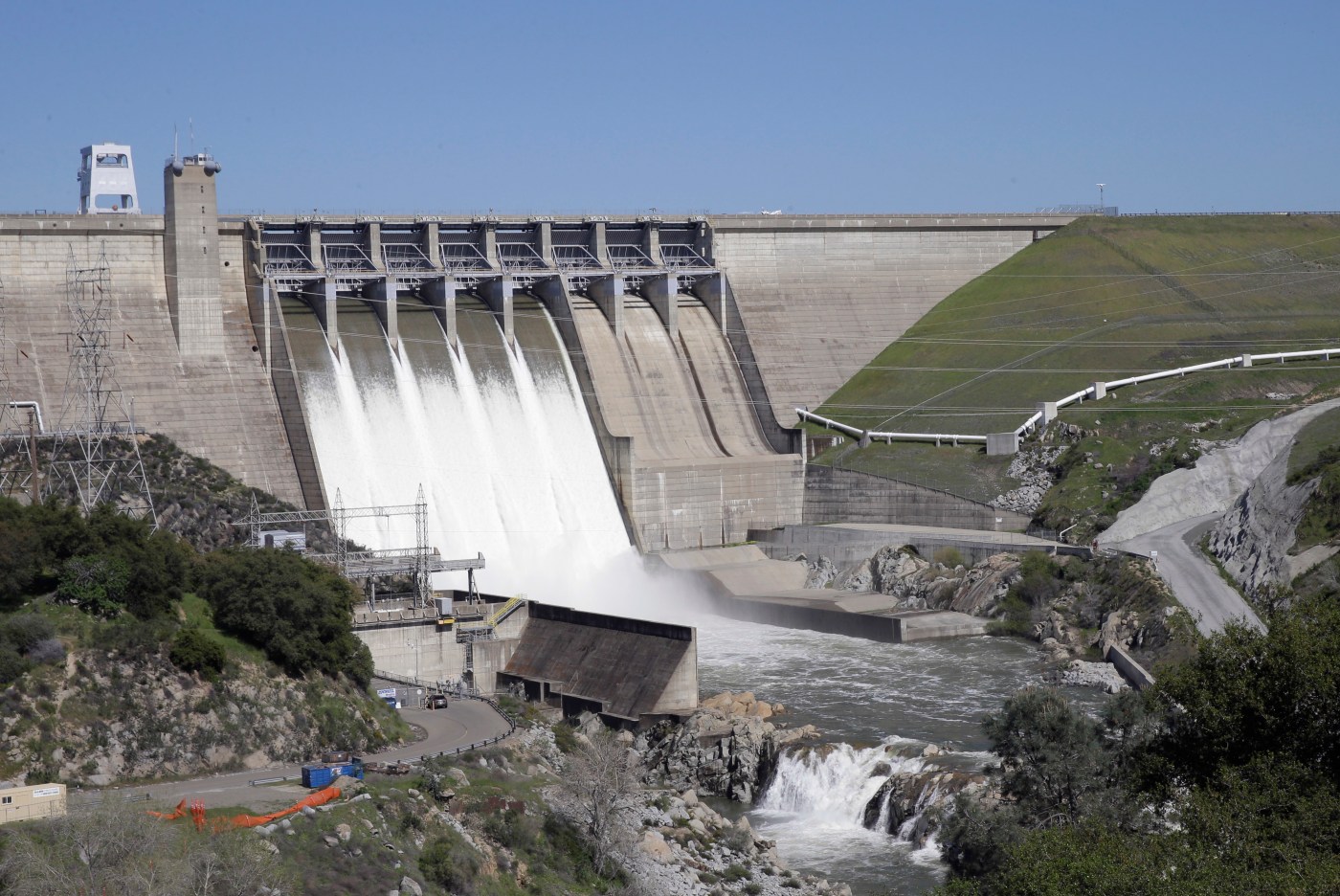 Hydroelectric power from dams usually provides about 15% of California’s electricity needs. But in 2015, at the zenith of the worst drought in California’s recorded history, it supplied only 6%.

That loss in electricity generation during the 2012-16 drought cost PG&E and other California utilities about $5.5 billion, a new study says.  As California’s climate becomes more prone to severe droughts, the findings point to future costs that utilities — and ultimately ratepayers — will likely be forced to bear.

The hefty price tag highlights two effects of last decade’s drought: the decreased supply of cheap power and the increased consumer demand for electricity. Several consecutive years of below-average Sierra Nevada snowpacks and parched reservoirs resulted in hydroelectric dams operating far less than normal, as high temperatures associated with the drought caused energy use to skyrocket when Californians cranked up their air conditioners.

When the state’s hydropower wanes during a drought, “something else has to increase,” said Jordan Kern, a hydrologist at North Carolina State University and lead author of the study, which was published in the journal Environmental Research Letters.

Although the resulting energy shortfall was softened by increases in wind and solar production, natural gas plants closed the bulk of the gap.

Increases in the cost of generating electricity are usually passed down to ratepayers, said Maya Chupkov, a spokeswoman for the California Public Utilities Commission.

Peter Gleick, founder of the Oakland-based Pacific Institute, a nonprofit think tank, detailed the drought’s economic impact in a 2016 report by analyzing records of hydropower generation and electricity prices. By contrast, Kern used records of temperature, wind speed and stream flow to estimate how much energy was available from solar, wind and hydropower, while a sophisticated economic model simulated fluctuations in natural gas prices.

What you’ll want to plant right now in your garden

The model, Kern said, allowed researchers to differentiate between the impacts of increased demand for electricity and reduced supply. Although Kern and Gleick reached similar conclusions about the overall economic impact of the drought, Gleick said the new research “uses techniques I didn’t have available” and is thus “far more sophisticated” than his report.

Gleick’s report found that the drought resulted in a 10% increase in carbon emissions from the state’s power plants, but suggested that increasing wind and solar production could reduce the need for natural gas in future droughts. Kern, however, emphasizes that “even if you have a system that’s 70% or 80% zero carbon,” droughts will lead to a significant increase in natural gas usage.

“Something that was offline has to turn on to replace the power lost,” Kern said. “That’s usually fossil fuels.”

Although reservoirs have recovered from their historic lows in 2015, the specter of drought has not diminished. After several wet years, this past winter was one of the driest on record. The U.S. Drought Monitor says about half …read more

Hobby Lobby employees allegedly set up a display urging customers to ‘Vote Trump,’ and shoppers are calling for another boycott