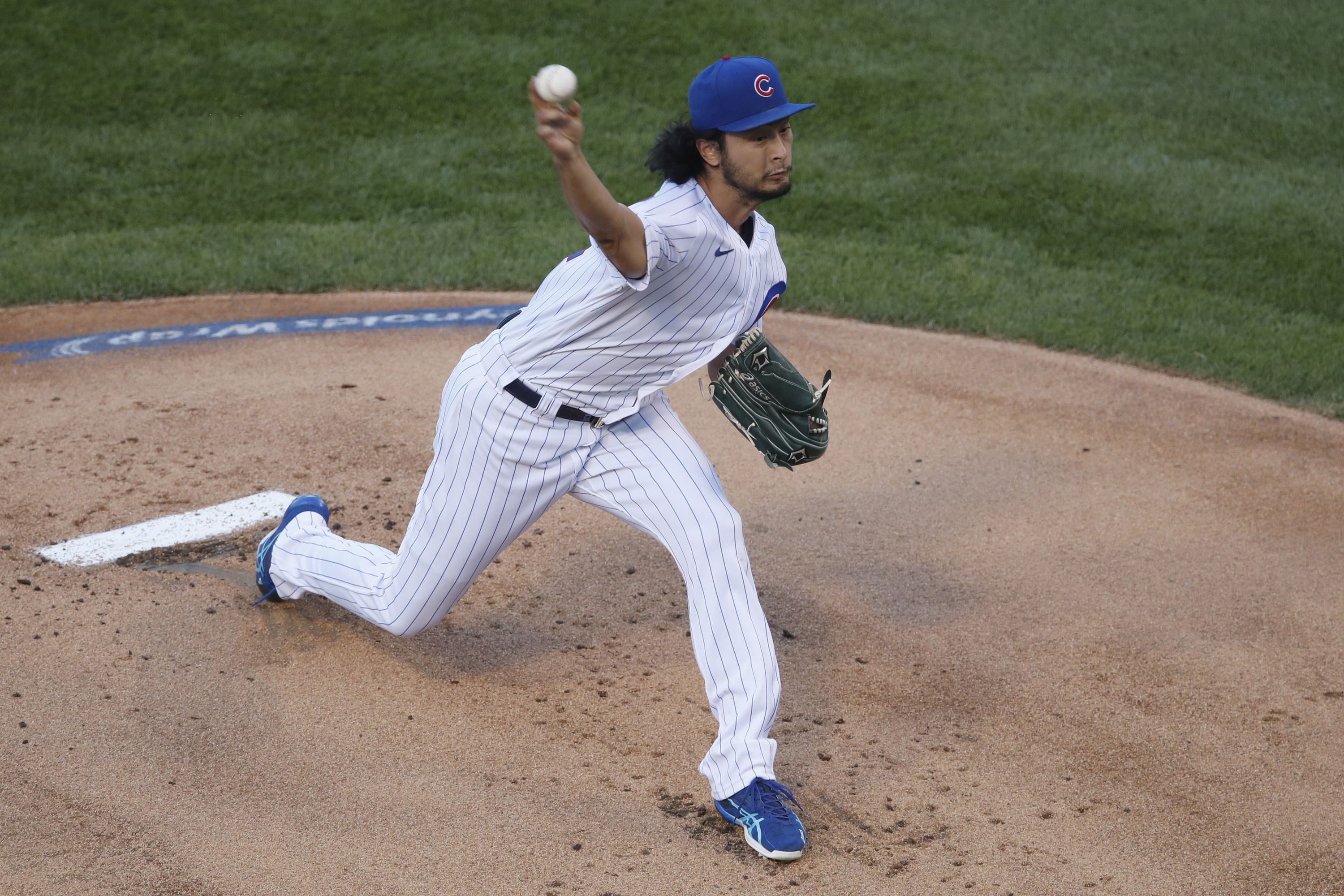 Yu Darvish knew his pitch count was climbing, but he wasn’t exactly showing signs of fatigue, either.

Darvish took a no-hitter into the seventh inning in his third straight dominant start, and the major league-leading Chicago Cubs defeated the Milwaukee Brewers 4-2 on Thursday night.

Darvish (3-1) allowed just one hit — Justin Smoak’s towering solo homer to right field with one out in the seventh inning on his 98th pitch — before Casey Sadler relieved to start the eighth. The 33-year-old right-hander from Japan struck out 11 and threw 104 pitches.

He’s twice come within one out of a no-hitter, both times with the Texas Rangers. Those near-misses weren’t on his mind against the Brewers.

“I know I’m not going to get another inning because of the pitch count,” Darvish said. “I just tried to keep the game close.”

Before Smoak’s drive, Darvish allowed only three baserunners. He walked Ben Gamel in the second and Orlando Arcia in the fifth, and hit Christian Yelich with a low pitch in the first.

“He came out looking sharp, strike one right away,” Cubs manager David Ross said. “For the most part he was sound in his mechanics. He didn’t have to labor at all through the game.”

“We’ve obviously been struggling offensively but I thought this was a good pitching performance,” Brewers manager Craig Counsell said. “It was 97 (mph), breaking ball at 80 mph, cutters. He pitched really well tonight.”

“It didn’t feel like we had a lot of pitches to hit.”

Kyle Schwarber hit a solo homer in the second as Chicago improved to 13-3 for the first time since 1907. Javier Baez, Ian Happ and David Bote each had an RBI.

“You couldn’t ask for a better group of men to be in a room with, especially going through a pandemic here and trying to complete a season.”

Darvish signed a $126 million, six-year contract with the Cubs as a free agent in February 2018, but has been hampered by elbow and triceps injuries since coming to Chicago. But after a rocky first outing this season, against the Brewers on July 25, Darvish has been in a groove.

Sadler worked around a single by Arcia in a scoreless eighth. Rowan Wick allowed a single by Avisail Garcia and a ground-rule double to Smoak with two outs in the ninth for Milwaukee’s second run, but closed it out for his third save and a combined four-hitter.

Cubs slugger Kris Bryant was held out of the starting lineup with a sore left wrist and ring finger.

Ross didn’t disclose if Bryant would be available off the bench, but said he made the move out of “an abundance of caution.”