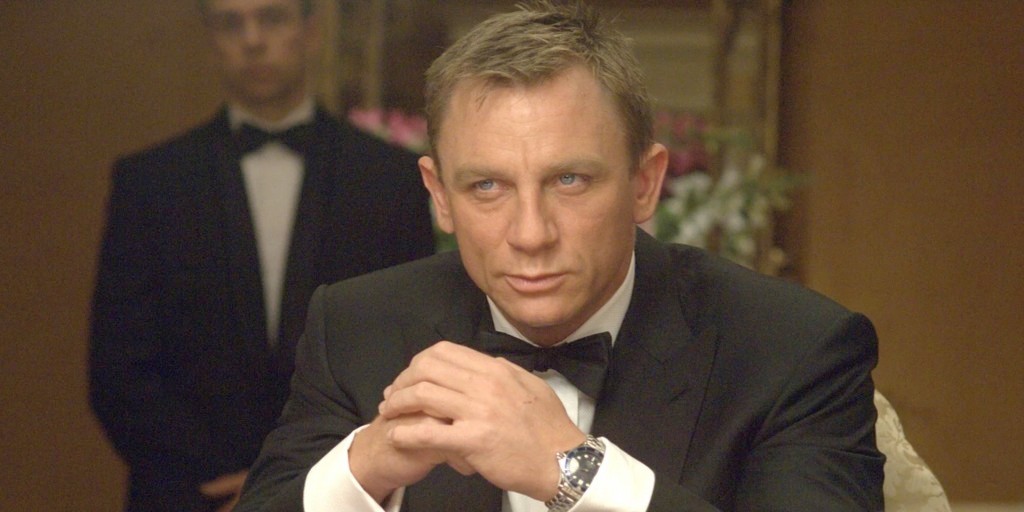 Since replacing Pierce Brosnan, Daniel Craig has played James Bond five times, from 2006’s Casino Royale to next year’s No Time to Die; other actors have worn 007’s tactical turtleneck in more movies, but none have played the same character for as many years as Craig. It’s now obvious that he loves goofy southern accents, so why did he want to play the world’s most famous secret agent (the key to being a good spy is people recognizing you) in the first place? It’s because of one line in the Casino Royale script.

“One of the biggest reasons I did Casino Royale is the line, ‘A vodka martini, please.’ ‘Shaken or stirred?’ My reply was written in the script as, ‘Do I look like I give a f*ck?’ And that’s it. That’s the reason I did it,” Craig told Empire. “Because what I could not do, and what I refused to do, was repeat what had gone before. What was the f*cking point? So I’d rather have just one and gone, ‘OK, swing and a miss… Tried my best.’”

His best turned into playing Bond for 14 years (and hopefully a Benoit Blanc spin-off).