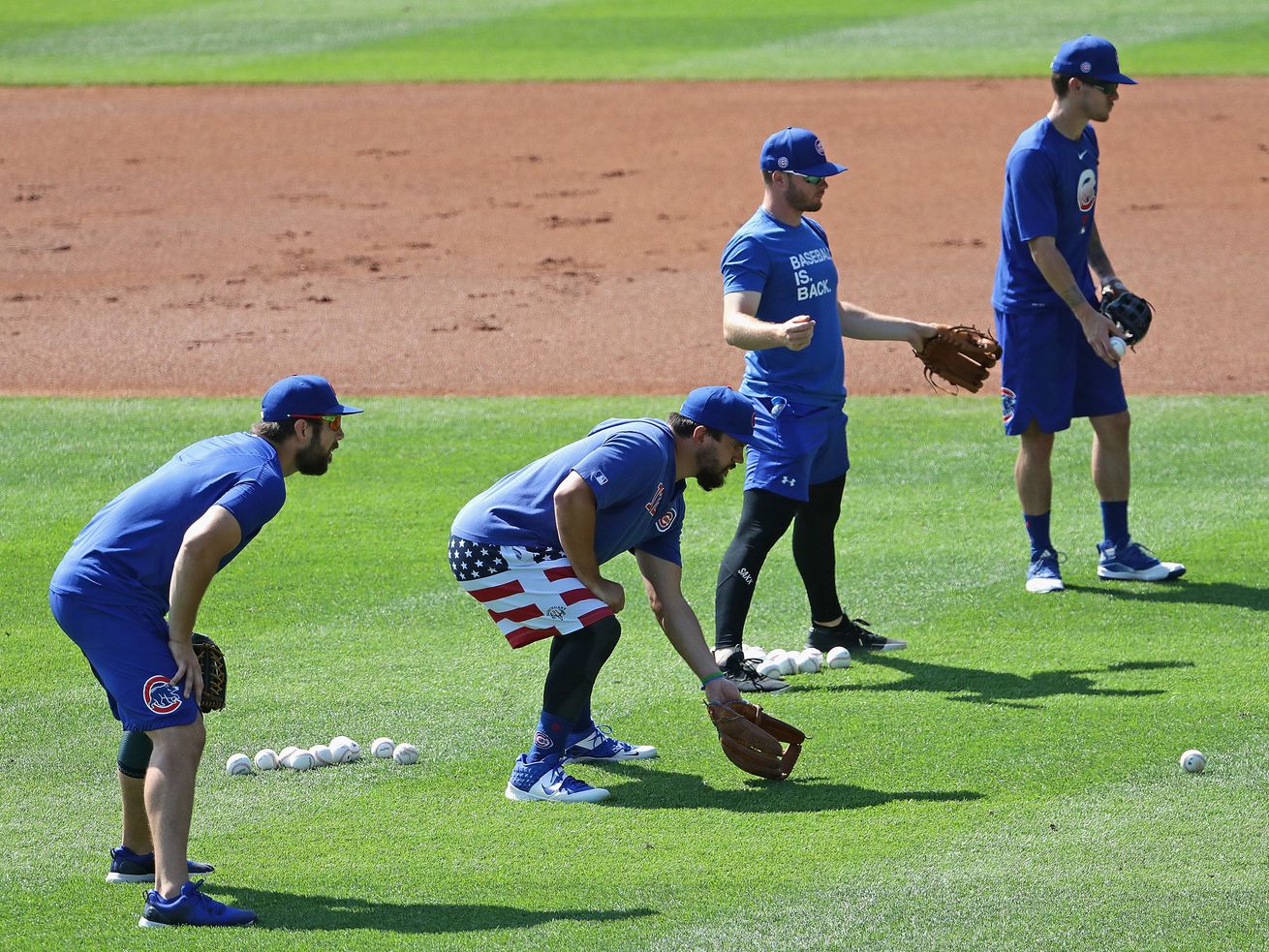 The Cubs will have workouts on Sunday and Monday before heading to Cleveland Tuesday morning to face the Indians.

Saturday was a quiet day for the Cubs after Friday’s whirlwind in St. Louis. The Cubs three-game series against the Cardinals was postponed after three more members of the Cardinals tested positive for COVID-19.

The positive tests increased the number of Cardinals players and staff infected during the latest outbreak to 16. The weekend postponement was the first time the Cubs have experienced a change in their schedule due to coronavirus.

“I think overall, it’s just another one of those reminders of how quick things can get out of control right now in this environment,” manager David Ross said. “I think it’s a little bit of a reset for us, take a couple of days and we’ll get back to get some workouts in and then get back to focus on Cleveland when we play on Tuesday.

“We feel like it’s just a little bit of a small little break and got to continue to try to stay sharp as we possibly can get back to him to maybe work on a few things we might want to clean up and in this downtime and use it to our advantage as best we can.”

The Cubs had a light day of work on Saturday with some pitchers doing some playing catch while others continued their regularly scheduled bullpen sessions. The team will have full workouts on Sunday and Monday before traveling on Tuesday morning to head to Cleveland.

Ross and the coaching staff will also add what he describes as “something fun” for his team as part of Monday’s workout.

While Friday’s delay and subsequent postponement could have been tough for an opposing team to get through, the Cubs got through the day smoothly as MLB sorted through the Cardinals situation.

The team flew into St. Louis late Thursday night following Thursday’s game in Kansas City. Ross received word on Friday morning of the Cardinals situation and the possibility of a postponement before official word came down from the league hours later.

Director of team travel and clubhouse operations and newly appointed COVID compliance officer, Vijay Tekchandani, helped ensure the team didn’t have to be stuck in St. Louis all day. By the time the sun went down, the Cubs were back in Chicago.

“Vijay, again, was on top of things and had the plane ready,” Ross said. “United did a really good job of getting us a plane really fast. … There’s a lot of logistics there, sitting around a hotel and you can’t go anywhere with food. Jordan, our nutritionist, was on top of things getting food in there that she wasn’t expecting to have. Made sure the guys were fed. Vijay set up an outdoor area for the guys to hang out. Just a lot of adjustments on their part and making sure everybody was comfortable and had some downtime.

“All in all, Major League Baseball …read more

A study co-authored by Microsoft found that developer interviews evaluate for stress, not actual coding skills. Now, companies are trying to fix that. (MSFT)

An 11-year-old girl whose mother was deported to Mexico in 2018 has a message for Trump: ‘We are American families’