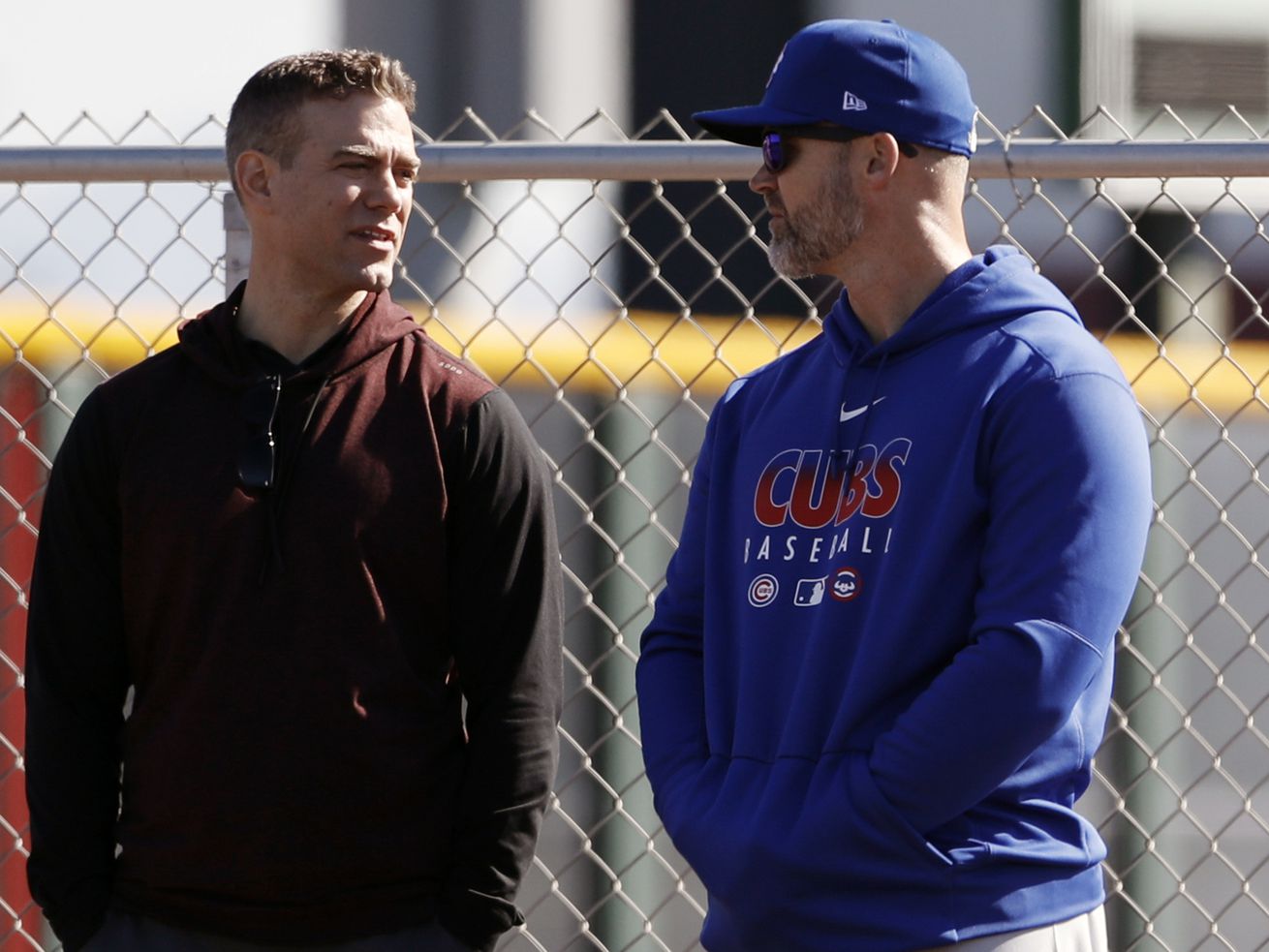 “I think we have an idea of what we’d like to do and different areas we’d like to address and the different ways that we could go about that,” president Theo Epstein said.

The Cubs are almost halfway through their 60-game schedule and find themselves in the driver’s seat in the National League Central and in a great position to make a trip to the postseason.

While they fight toward a spot in October, the trade market for possible reinforcements is still starting to take shape.

“Still too early to be able to characterize the whole market with any certainty, but there’s certainly a handful of teams that have picked the direction based on their standing,” Cubs team president Theo Epstein said. “[There are] probably fewer sellers than typical for 10 days away, but we’ll see how that evolves. I still think this is the number of teams weighing more factors than usual with some of the uncertainty.”

Epstein noted that because of this year’s expanded playoff format, more teams are in holding patterns and trying to make a run.

The Cubs’ bullpen has found its footing in the last few weeks as several relievers have settled into their roles after a rocky first two weeks. A stabilized pen helps, but it still will be the Cubs’ biggest need at the deadline.

“I think we have an idea of what we’d like to do and different areas we’d like to address and the different ways that we could go about that,” Epstein said. “I think a number of teams know that resources or financial flexibility is gonna be a factor, and that has to be weighed into the picture.

“One thing we’d like to do, with Brad Wieck being hurt almost the entire year and Kyle Ryan being the only lefty, [is] if we can get some help. Doesn’t have to necessarily be a left-handed reliever, but someone who can get lefties out that would help us stabilize the pen some more. But certainly [I’m] encouraged by the way it’s trending.”

Bullpen help will be on several teams’ to-do lists, so as the Cubs look outside, they might also consider a few solutions within the organization. Hard-throwing left-handed prospects Brailyn Marquez and 2020 second-rounder Burl Carraway are both in the team’s 60-man player pool and could be possible reinforcements.

The Cubs haven’t been afraid to pull the trigger at the trade deadline in the past, most recently acquiring Nick Castellanos from the Tigers last July. Castellanos was the Cubs’ best player after the trade, slashing .321/.356/.646 with 16 homers and 36 RBI in 51 games before he signed with the Reds in the offseason.

But this year is different, with a significant drop in revenues because of the four-month shutdown. That could affect the market.

“There are a lot of years when we know we have an impactful move or two in us,” Epstein said. “It’s just a matter of finding it and executing on …read more

Poll: 41% of Utahns already comfortable without mask in public