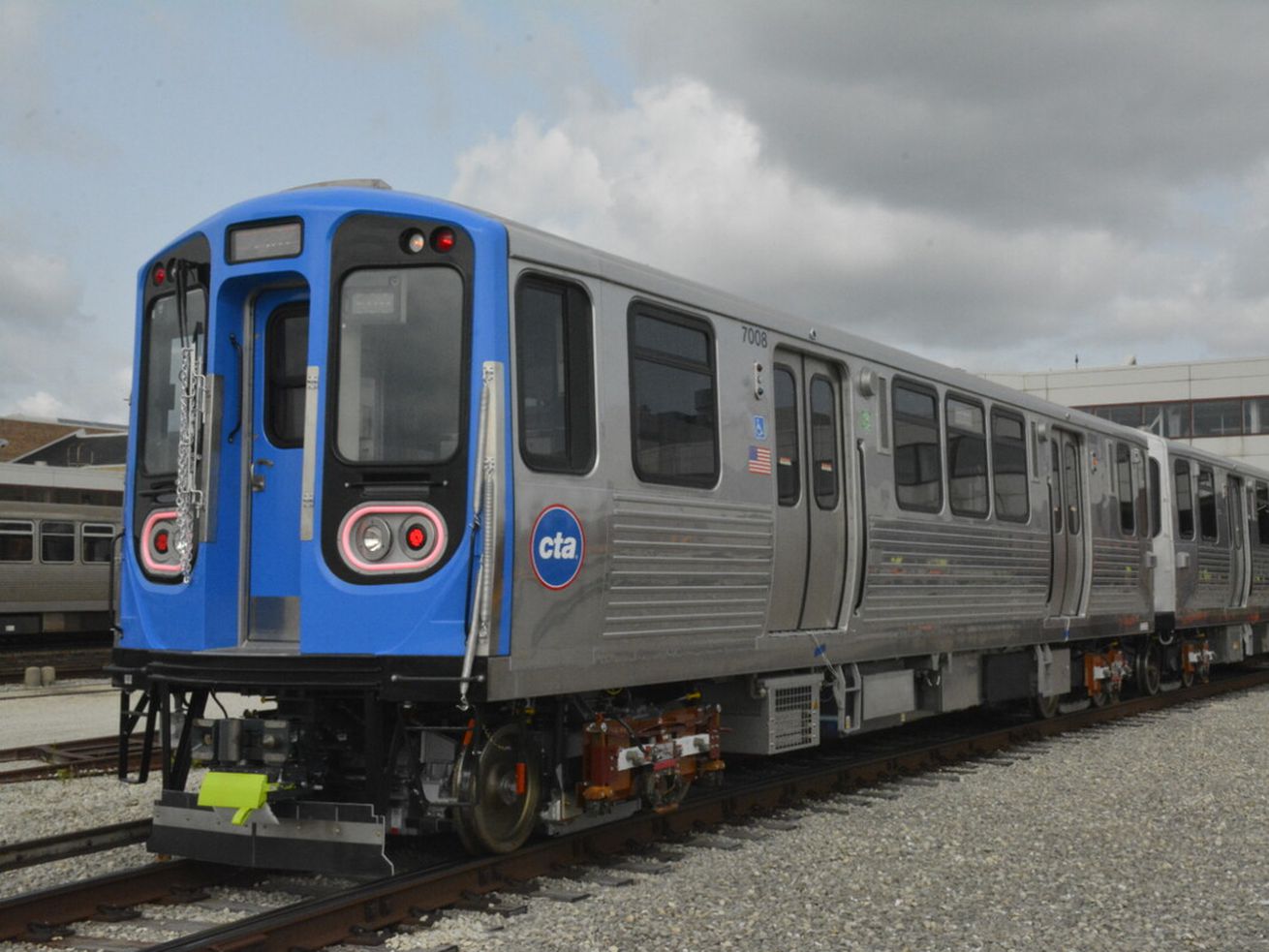 These new 7000-series cars are being tested on the CTA’s Blue Line. | CTA

The 7000-series are CTA’s first new railcars in a decade.

Commuters on Wednesday got their first chance to ride the Chicago Transit Authority’s newest rail cars, five years after the agency reached a deal to build the cars in a new South Side factor.

In-service testing of 10 new 7000-series cars has begun on the Blue Line. The cars are the first new CTA models since the 5000-series, unveiled in 2011. They are being assembled at a new $100 million facility in Chicago’s Hegewisch neighborhood by CRRC Sifang America.

“These new railcars are the latest step we’re taking to build a 21st century transit experience, while also boosting the local economy through the creation of good paying, local jobs,” CTA President Dorval R. Carter, Jr. was quoted as saying in a news release.

CTA
These next generation 7000-series railcars come with new features and technologies for smoother, and safer rides.

Differences compared to the existing fleet include a redesigned interior with a mix of forward- and aisle-facing seats. The 5000-series cars have most seats facing the aisle, which has proved unpopular with many riders.

Among other new features:

Ceiling-mounted, double-sided displays show a route map, with stations and upcoming stops.
Information displays at both ends of each car show the next stop, and can display the text of pre-recorded audio announcements.
“Express mode” to alert hearing-impaired passengers when a train will run express, and where the next stop will be.
Distinct sounds to notify vision-impaired passengers when doors open and close.
An adjustable suspension that matches the rail car floor to the platform height.

For the drivers, the rail cars have touchscreen controls, improved operator notification systems and troubleshooting assistance.

The CTA ran out-of-service tests on 7000-series prototypes last fall on all eight rail lines to evaluate performance under different conditions. The Blue Line, running from west suburban Forest Park into the Loop, then out to O’Hare Airport, is the CTA’s second-most-traveled rail line, behind the Red Line.

In-service tests with actual riders will continue through early 2022.