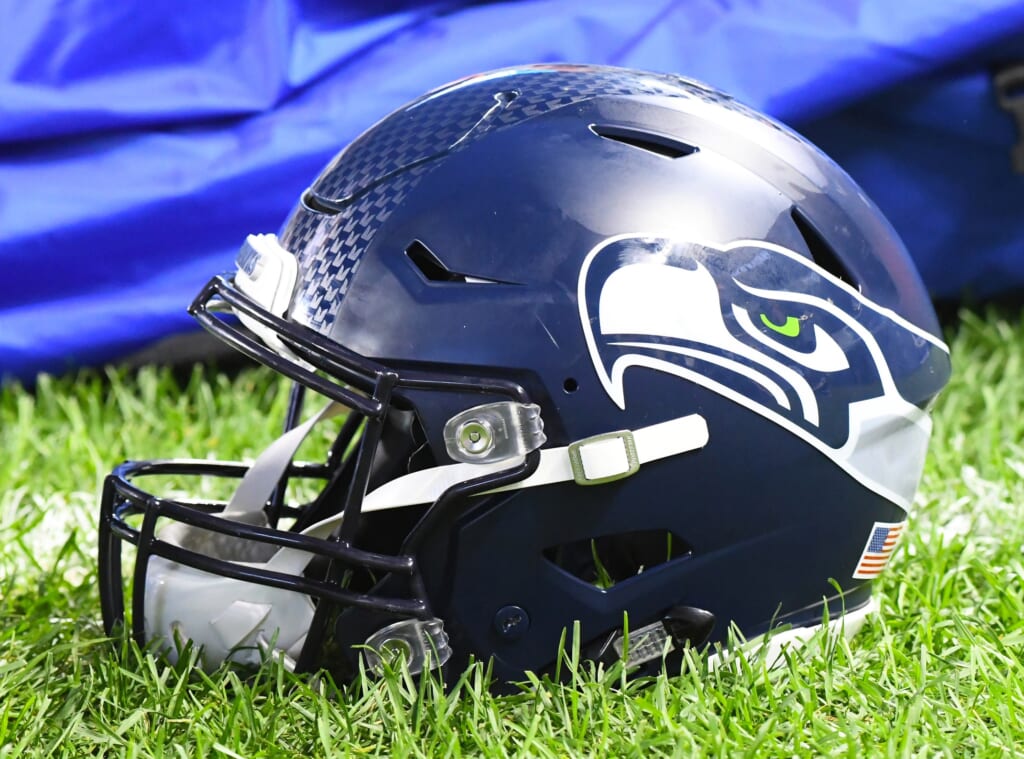 The Seattle Seahawks already shocked the NFL world this month by making a blockbuster trade for All-Pro safety Jamal Adams. With the team taking an all-in approach to the 2020 NFL season, could the Seahawks be poised to make another splashy move?

Seattle will head into training camp with a glaring need for an edge rusher, while quarterback Russell Wilson also wants the team to bring in another top receiver. As the clock ticks down until a Week 1 matchup against the Atlanta Falcons, the Seahawks could have another move in mind.

In a recent mailbag on The Athletic, NFL insider Jay Glazer said he wouldn’t be surprised if the Seahawks aren’t done making splashy moves.

Antonio Brown is expected to return to the NFL this season, even after retiring then unretiring. While several teams have been connected to the All-Pro wide receiver, rumors of Seattle’s interest have been the loudest.

While the Seahawks aren’t flush with cap space, especially as the NFL prepares for an economic hit, Brown seems like the perfect target. Because of his off-field issues and the need to prove himself, he’ll likely sign a one-year, incentive-heavy contract. A suspension is the greatest unknown regarding his return, but that decision could be made very soon.

If the Seahawks were able to sign Brown, a receiving corps with Tyler Lockett, D.K. Metcalf and Brown would be the best trio of receivers in the NFL. Paired with a strong defense and an elite quarterback, that is the recipe for a Super Bowl contender.

Could Josh Gordon return to the Seahawks?

Following his release from the New England Patriots during the 2019 season, the Seahawks claimed Josh Gordon to add to their weaponry. He made one of the best catches in the NFL with Seattle, but was suspended indefinitely again.

Iran has been covering up its coronavirus death toll, according to BBC investigation which says the true figure is almost 3 times higher

With the NFL’s new CBA greatly relaxing its rules on marijuana, Gordon has applied for reinstatement and it could be approved. He is loved by his teammates, enjoyed Seattle and both sides are interested in a return.

While the move might not be as splashy as Brown, it would add more talent to this receiving corps. If Gordon can stay healthy and perform, he could also be a very good player once again.

Will the Seahawks re-sign Jadeveon Clowney?

Seattle’s secondary could be one of the best in the NFL this year, but its pass rush is a major area of concern. Fortunately, Jadeveon Clowney remains a free agent and he seems like the perfect fit to return.

Earlier in the offseason, when his market slowed down, many expected Clowney to return to Seattle. A one-year deal would allow him to prove himself and stay in a familiar spot. Plus, the Seahawks were interested in bringing him back.

Now with Seattle tight against the salary cap, a reunion seems unlikely. Unless Clowney is willing to dramatically lower his price, it seems doubtful that he re-signs with the Seahawks.