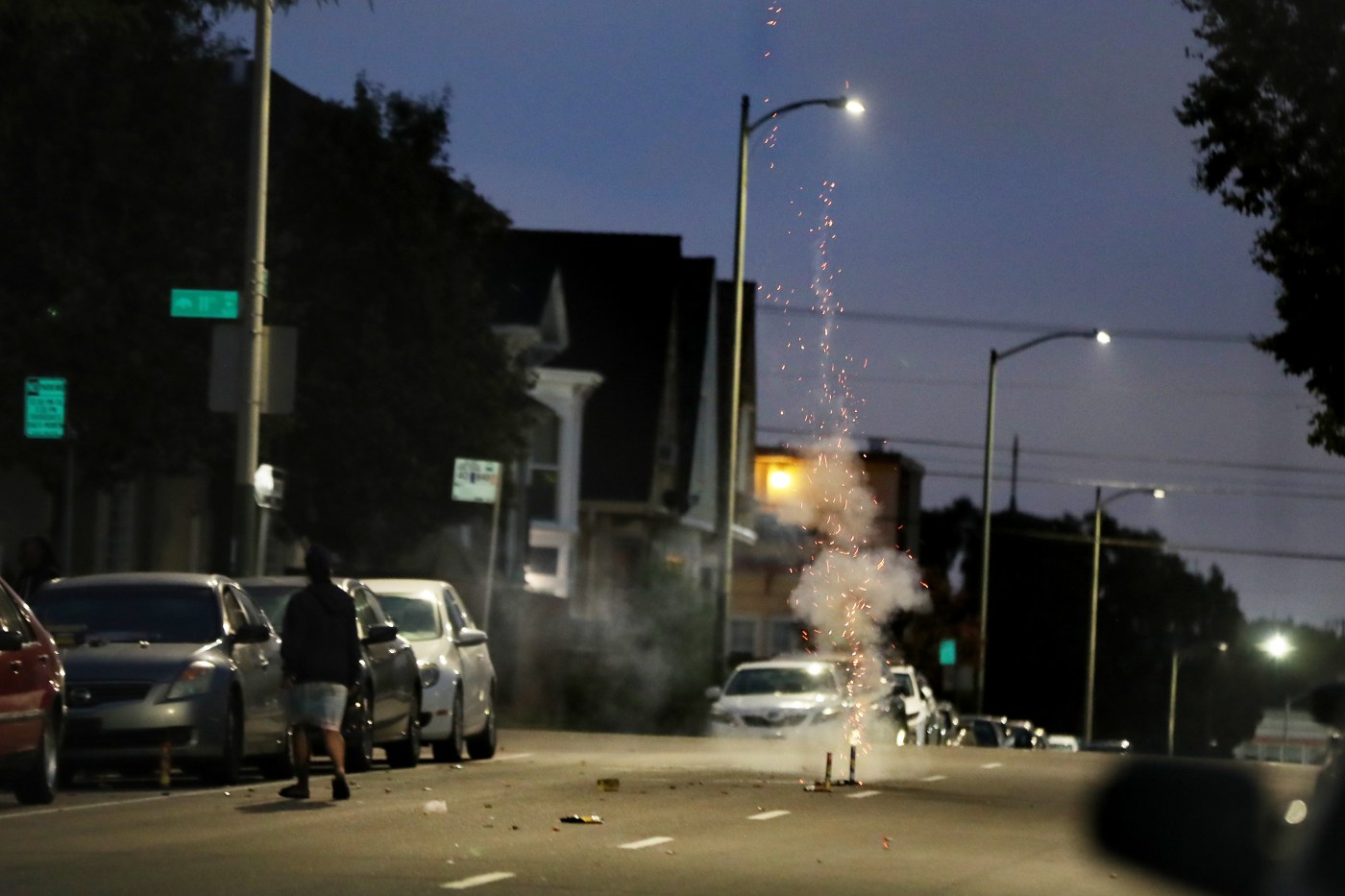 All across the Bay Area from the suburbs to the urban cities, residents are losing sleep, babies are crying and dogs are hiding behind the couch every night because illegal fireworks have been going off incessantly for weeks.

Although pre-Fourth of July fireworks aren’t exactly a new phenomenon, no one seems to remember hearing them so many weeks before the holiday and with such frequency.

“They’re disrupting people’s lives,” said Marione Michlich, of South San Jose, adding that the fireworks start around 8 every night like clockwork. “My little dog is going to have a heart attack. I’m not getting any sleep because I’m trying to console my dog.”

FIREWORKS: We are receiving complaints about a higher than normal use of illegal fireworks. The repeated loud explosions are concerning for certain members of the community including pets and livestock. There is also danger of fire. Call our non emergency number 510 667-7721.

As Independence Day approaches, city, fire and police officials are scrambling to figure out why and how so many scofflaws have gotten their hands on the fireworks, described by people posting on social media and calling in complaints as nerve-rattling explosions or bursts of gunfire.

In unincorporated areas of Redwood City, the San Mateo County Sheriff’s Office says it’s definitely seen an uptick in firework complaints this year, though it hasn’t tallied up the numbers yet to prove it.

Bernie Sanders and Elizabeth Warren propose ending 'qualified immunity' for police, which would make it easier to hold them liable for wrongdoing on the job

The reason fireworks are illegal in most cities remains the same as always — they’re dangerous.

On June 15 just after midnight, for example, sheriff’s deputies responded to a report of two vehicles ablaze on the 300 block of 2nd Avenue in North Fair Oaks near Redwood City. They found that a 19-year-old man had lit up a rocket, then kicked the smoldering remnants under his car, where they ignited some oil that had leaked from the engine, Lt. Stephanie Josephson said.

Across the bay, a thunderous fireworks symphony can be heard in Richmond pretty much every night, says police Lt. Matt Stonebraker, noting that the city has seen an almost 100% spike in complaints from the same period last year.

Usually the complaints roll in around mid-June, but this year they started in mid-May and haven’t let up, Stonebraker said. So far this month police have received about 1,160 calls, compared to just over 200 last June, he added.

And in almost all cases when police respond, the culprits are usually gone and nowhere to be seen.

“They’ve been unable to catch anyone in the act,” Stonebraker said. “That’s what’s missing, so that makes it very, very difficult to enforce the law.”

Stonebraker said fireworks seem to be more accessible than ever, as people easily find them on Craigslist as well as through apps such as letgo and OfferUp.

Though speculation — and conspiracy theories — is rampant on social media about the reason for the surge of illegal fireworks, he said it’s most likely bored …read more