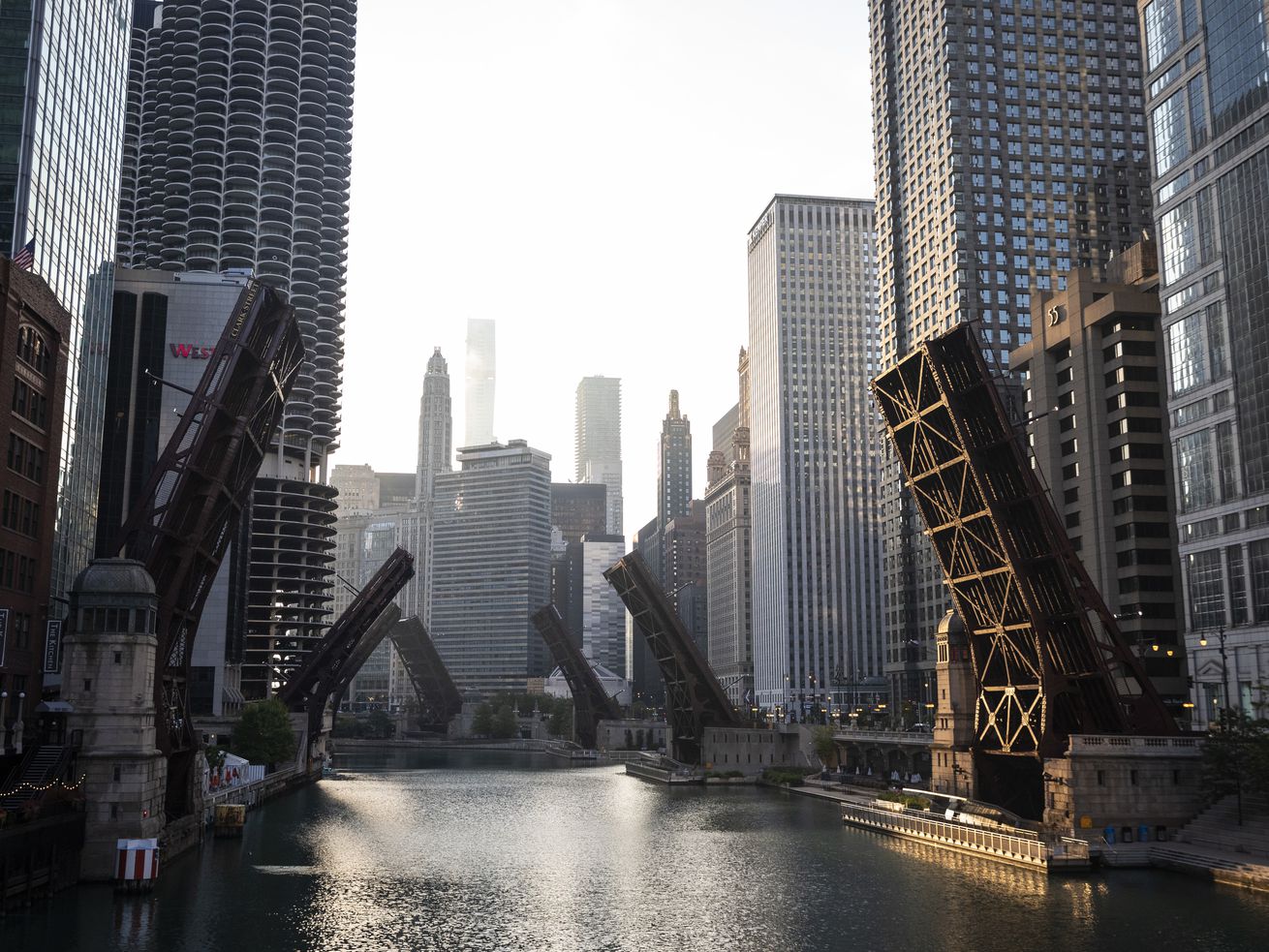 Bridges over the Chicago River are lifted after looting broke out overnight in the Loop and surrounding neighborhoods, Monday morning, Aug. 10, 2020. | Ashlee Rezin Garcia/Sun-Times

The city has lifted most of its weeklong restrictions to downtown one night ahead of schedule, but exits from Chicago expressways into the area will still be closed overnight.

The restrictions — which began Aug. 10 and were slated to last until 6 a.m. Monday — would not be in place overnight Sunday, according to the Office of Emergency Management and Communications.

NotifyChicago: All streets, bridges and CTA stops downtown will be accessible overnight until further notice.

The announcement follows six straight nights of raised bridges, closed expressway ramps, limited CTA train service and partial shutdowns of Lake Shore Drive in the wake of rampant looting in the area last weekend following the shooting of 20-year-old Latrell Allen by Chicago police during an alleged exchange of gunfire in Englewood.

While most of the restrictions have been lifted, expressway ramps will remain closed until 6 a.m. Monday, Illinois State Police confirmed.

During the shutdown, downtown residents and workers have had to pass through “access points” and prove that they lived or worked in the area.

In a letter to the Chicago Sun-Times, Amy Rynell, executive director of the Active Transportation Alliance, said the restrictions on public transit “set an alarming precedent.”

“Black and Brown people — who are more likely to ride transit and less likely to work a 9-to-5 job — are disproportionately impacted. The city’s most vulnerable residents without access to a car suffer the most,” Rynell said. “Cutting off transit options for thousands of Chicagoans cannot become a regular, accepted practice.”