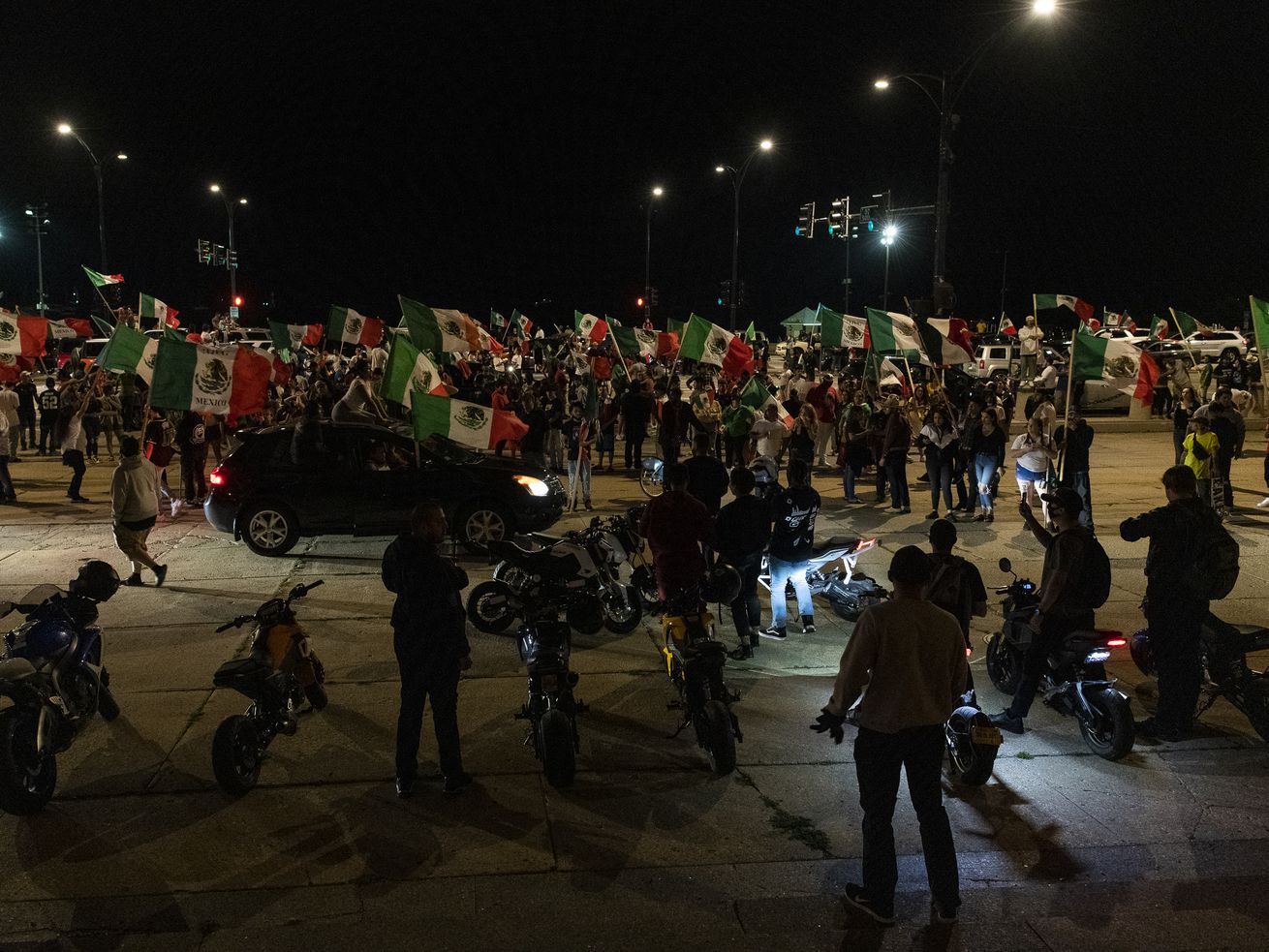 The city has been blocking streets around downtown and Little Village since Sunday night, when car caravans began roaming the city in lieu of the annual Mexican Independence Day parade, which was slated for Saturday but canceled due to the coronavirus pandemic.

Traffic into downtown is at a standstill as the city has blocked streets for the fourth straight night amid car caravans celebrating Mexican Independence Day.

The Office of Emergency Management tweeted Wednesday night that “various street closures remain in effect in the downtown area,” but noted that Lake Shore Drive remains open. However, a Sun-Times photographer downtown saw Lake Shore Drive in total gridlock near Buckingham Fountain late Wednesday, with people out of their cars and celebrating in the roadway.

In a statement, OEMC spokesperson Mary May said that rolling street closures were “standard practice” for large caravans of cars, to “ensure public safety and prevent traffic congestion.”

However, May also noted that police “received intelligence regarding possible disrupters who sought to hijack the integrity of Mexican Independence Day celebrations and caravans.”

“As a result, OEMC enacted additional short-term street closures in various neighborhoods as part of the City’s all-hands-on-deck efforts to provide safety to Chicago’s communities and the businesses that serve and employ them,” May said.

Chicago police did not immediately provide any additional details about the closures, but said they had not received reports of any “disrupters” Wednesday evening.

Dancing and celebrating in the southbound lane of Lake Shore Drive by Buckingham Fountain an entire band is playing music as folks dance in the streets. #Chicago #MexicanIndependenceDay pic.twitter.com/fMUCQk5Y6p

The city has been blocking streets around downtown and Little Village since Sunday night, when car caravans began roaming the city in lieu of the annual Mexican Independence Day parade, which was slated for Saturday but canceled due to the coronavirus pandemic.

Carlos Sanchez was in one of the few cars downtown with a Mexican flag sticking out of the window. He said he had to “fake being white” to get through the police barricade. Him and his friend hid his flag and played Taylor Swift.

“We didn’t show any pride or anything,” Sanchez said. “There’s no one here as you can tell, we’re one of the only ones here.”

Sanchez, 19, said he was in a group chat with 1,300 people. They planned to park their cars on State Street and play music.

“We’re about to leave because nobody else could get through,” Sanchez said after taking a picture with a police barricade …read more

The US Postal Service is weighing higher fees on domestic packages

Rudy Gobert’s offense — yep, you read that correctly — leads Jazz to another blowout