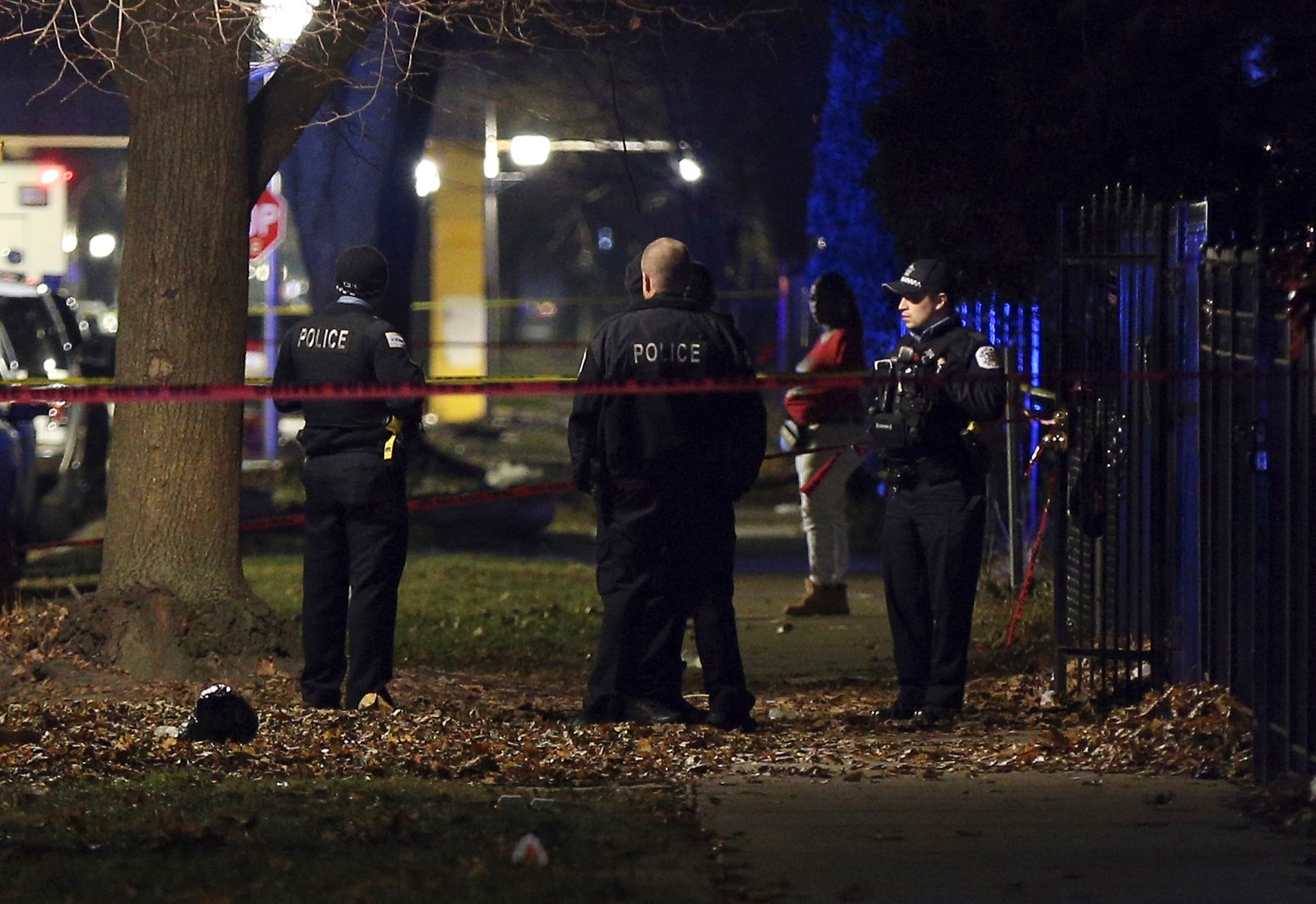 CHICAGO (AP) — A shooting early Sunday at a house party held in honor of someone who was killed in April left 13 people wounded, four of them critically, Chicago police said.

The shooting stemmed from a dispute at the memorial party, Chief of Patrol Fred Waller said at an early morning news conference. He said shots were first fired just after 12:30 a.m.

The victims range in age from 16 to 48 and suffered “different and various gunshot wounds to their bodies.”

Two people were being questioned, Waller said. One of them was arrested with a weapon, he said, while the other was wounded. Waller said police recovered a revolver.

“It looked like they were just shooting randomly at people as they exited the party,” Waller said.

Waller did not provide details on the person who was being memorialized, including who the person was. Chicago Mayor Lori Lightfoot, who visited victims Sunday, said the party was celebrating the birthday of a person who had been killed.

Waller described three different shooting scenes at the residential location in the city’s Englewood neighborhood, a predominantly low-income stretch of the city roughly 10 miles (16 kilometers) southwest of downtown that has high crime. The shooting started inside, then more shots were fired as people began spilling out of the house. Shots were also fired at a third place nearby, Waller said.

He described the shooting as an “isolated incident.”

The shooting comes as the city has been on the verge of closing out 2019 with sizable drops in shootings and homicides for the third straight year. Through roughly mid-December, about 475 people were killed, compared with 549 in 2018, which is a 14% drop. In 2016, the number of homicides was roughly 750, according to Chicago police data.

The declines happened citywide, including in historically high-crime areas. Still, Chicago still has more violent crime than New York and Los Angeles. Both cities had about 1,800 shooting victims combined, while Chicago has had about 2,500 this year, according to the Chicago Tribune, which tracks shootings.

Police have credited Chicago’s drop in crime to the use of technology used to predict where shootings might occur, while experts also credit anti-violence programs that offer jobs and gang conflict mediation.

Lightfoot, who met with victims at the University of Chicago Hospital, urged those with information about the shooting to come forward, even if they want to do so anonymously.

“It’s a terrible tragedy and frankly an incredible act of cowardice,” she told reporters. “People in that house know what happened and we’ve urged them to overcome their fears and come forward with information.”