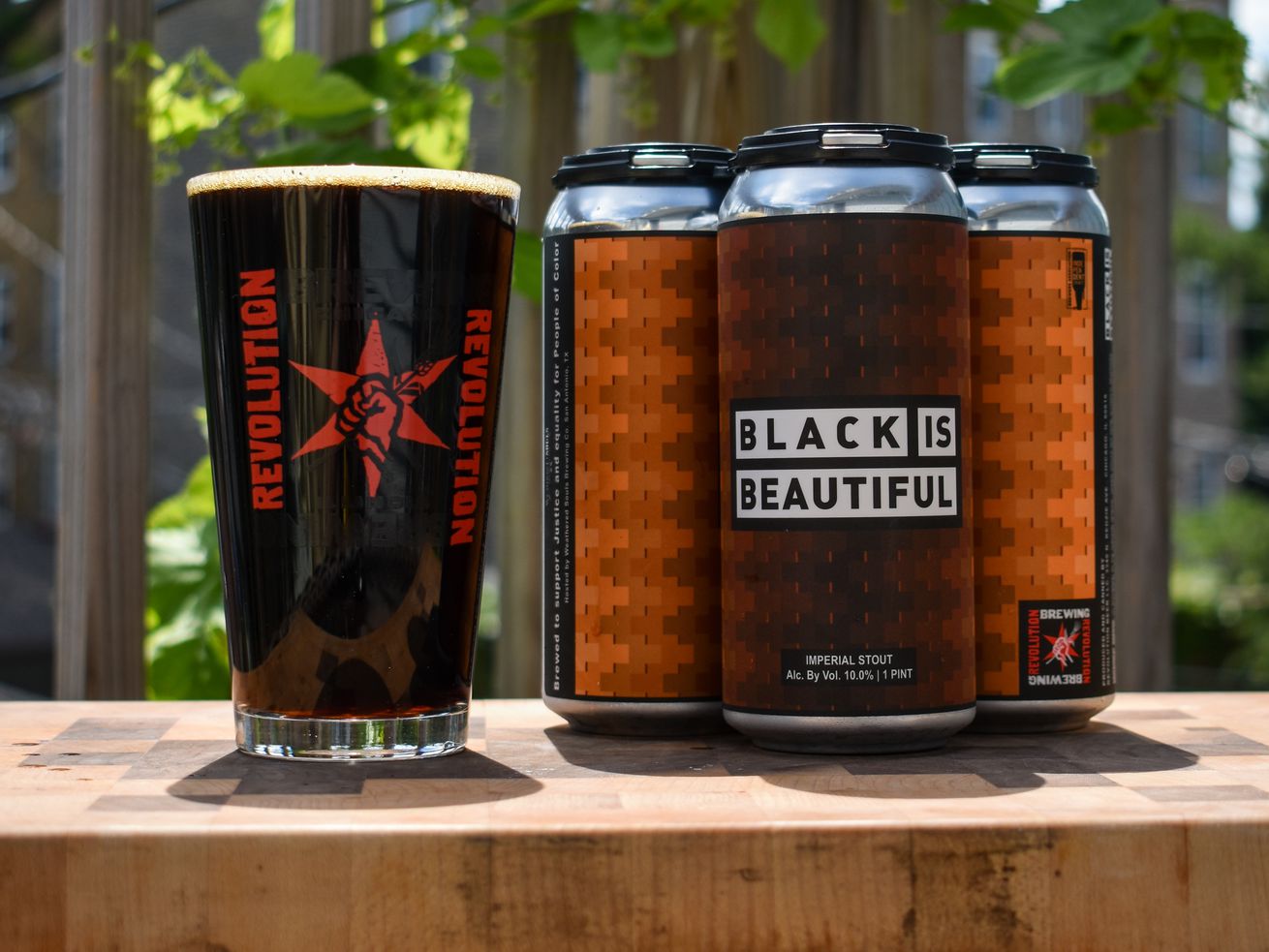 The initiative aims to “bridge the gap that’s been around for ages and provide a platform to show that the brewing community is an inclusive place for everyone of any color,” according to a website statement.

Chicago-area breweries are joining in solidarity with the Black is Beautiful initiative to raise funds for local nonprofit organizations.

The 27 participating local brewers, along with about 1,000 other breweries across the globe plan to donate 100% of the beer’s sales proceeds to local foundations that support police brutality reform, legal defense for those who have been wronged, and other worthy causes as the breweries see fit, according to initiative’s website.

Weathered Souls Brewing Company is a Texas-based craft beer brewery co-founded by Marcus Baskerville, a Black man who is not only leading the charge, but also plans to donate his breweries’ proceeds to football player/activist Colin Kaepernick’s Know Your Rights campaign.

“As someone who has personally dealt with the abuse of power by the police, this recent turmoil the country is facing has hit home for me,” said Baskerville in a statement on the website. “As I write this, I contemplate how the country can move forward, how we as the people, can create change, and what it will take for everyone to move forward with a common respect for one another. For us, we feel that this is our contribution to a step.”

The beer boasts an ingredient list that includes Dark Chocolate malt, caramel, oats, roasted barley and Black Malt, among others.

Some of the Chicago breweries participating in the initiative include Revolution Brewing, Whiner Beer, Co., Marz Brewing, Pipeworks Brewing Co., Midwest Coast Brewing, Co., among others.

Revolution Brewing plans to donate 100% of proceeds from the beer’s sales at its Brewpub (2323 N. Milwaukee), to My Block My Hood My City (MBMHMC), a community-based organization founded by activist Jahmal Cole. Spokesperson John Carruthers said the beer is available in four-packs of 16-ounce cans for $20 at the Milwaukee Avenue location, while four-packs are available for curbside pickup at the company’s Taproom (3340 N. Kedzie) for people who order on its webstore.

“I’m in my 60s, but my four kids are really, really pretty passionate about this and what’s going on right now, too,” said Lisa Gregor, co-owner of Church Street Brewing Company, who is donating its proceeds to Black Emotional and Mental Health Collective (BEAM), a nonprofit organization that specializes in mental health in Black communities. “We knew about that one from being in our community; we think it’s a good one. … It’s kind of a lot but at the same time, it’s something really important that we need to bring awareness to. So for …read more

A former White House medical advisor said the uncoordinated US coronavirus response has led to people to ‘distrust the messenger,’ sparking rampant and dangerous misinformation