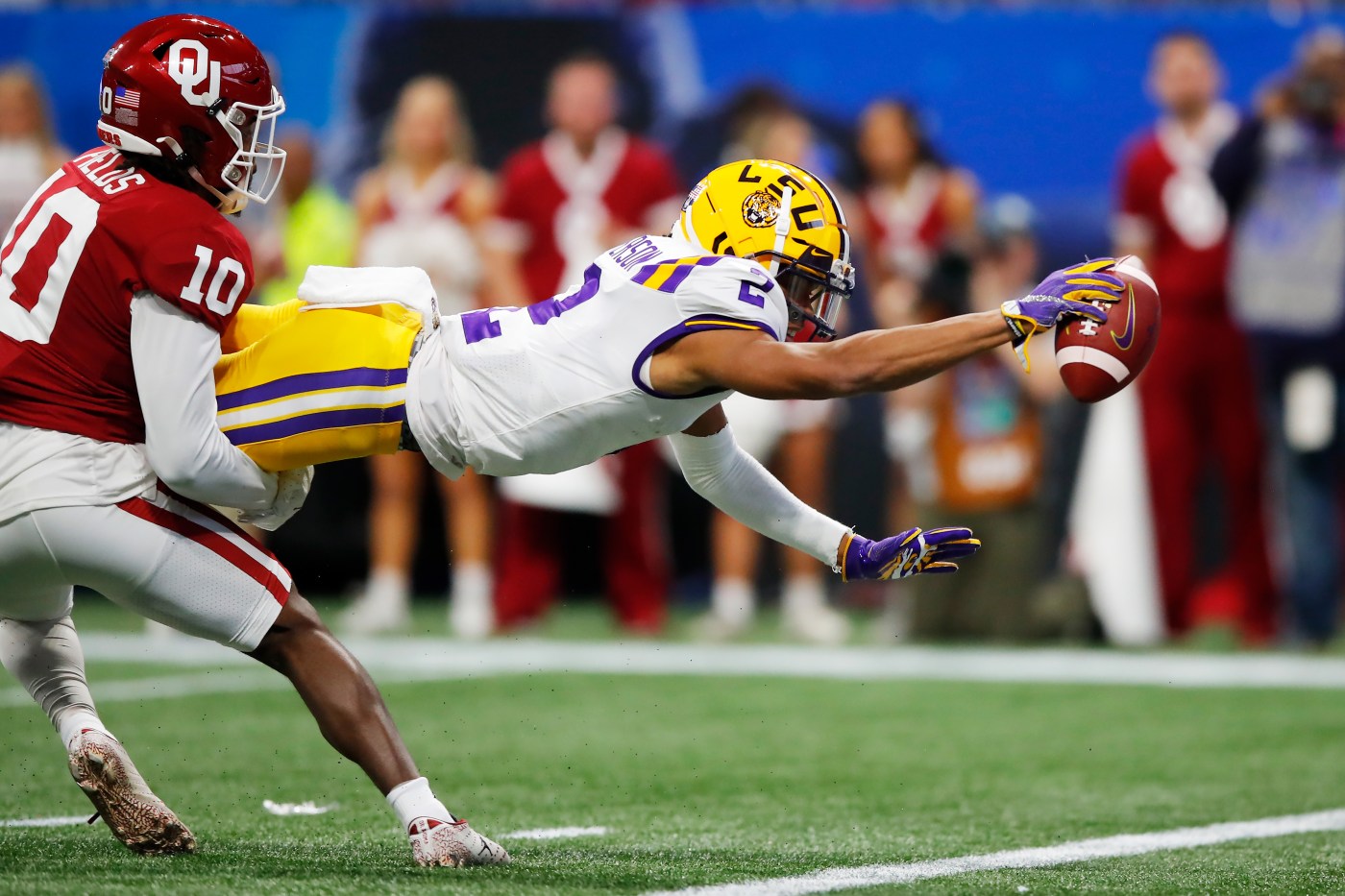 For the offensive play-caller: Play him in the slot.

For the defensive play-caller: Avoid using off coverage against him.

Against a Sooners defense that was chasing their collective tail, Jefferson had 14 catches for 224 yards and four touchdowns in LSU’s 63-28 rout.

While not regarded in the top tier with Oklahoma’s CeeDee Lamb and Alabama’s Jerry Jeudy and Henry Ruggs, Jefferson will make an offense better, including the Broncos.

“My ability to get in and out of routes (separates him from other receivers),” Jefferson said at the scouting combine. “I’m very versatile because I can play the slot and outside.”

Jefferson was LSU’s leading receiver in 2018, catching 54 passes for 875 yards and six touchdowns.

But then Joe Brady arrived from the New Orleans Saints’ staff to run the Tigers passing game and coach the receivers. Brady moved Jefferson from outside receiver to the slot.

Long before he burst onto the national scene, LSU fans knew of Jefferson when he signed, but primarily because he had two older brothers, Jordan and Ricky, who played for the Tigers.

Broncos Draft Board: Kristian Fulton intends to be next great LSU cornerback to play in NFL

Justin Jefferson was the 2,164th-ranked recruit in the nation according to 247sports. But he made a near-instant impression.

“I’ll never forget — he ran a ‘sluggo’ route and just wowed everybody,” coach Ed Orgeron said last year. “He came in here and didn’t say a word and worked hard. Joe Brady’s come in and taught him how to run routes and done a tremendous job with him catching the football. The bottom line: He’s a competitor. He wants the ball in his hands.”

Teamed with Brady, now the Carolina Panthers’ offensive coordinator, and Heisman Trophy-winning quarterback Joe Burrow, Jefferson had eight 100-yard games and 10 games of at least seven catches. He wanted the football and got the football.