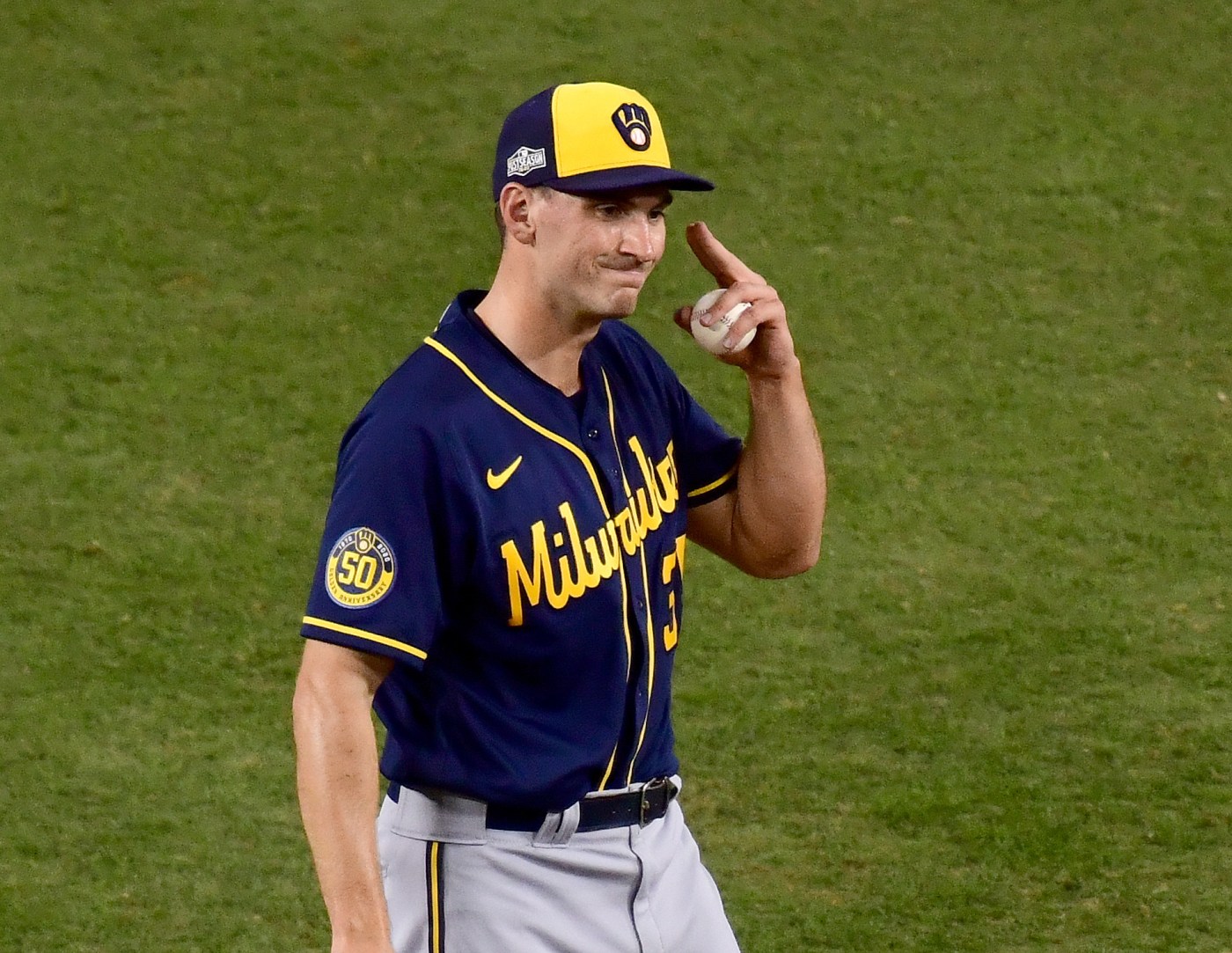 Milwaukee Brewers pitcher Brent Suter is one of two active major league players who attended Harvard University. He was a dual major in environmental science and public policy. The space between his ears contains multitudes and, for a time Wednesday night, Suter couldn’t escape it.

Chosen at the last minute to start Game 1 of the National League Wild Card series against the Dodgers, Suter faced 13 batters and recorded only five outs. He walked five Dodgers, including two with the bases loaded. He faced Mookie Betts twice and allowed a double each time.

By the time Craig Counsell pulled Suter from the mound in the second inning, the Dodgers led 3-0. Suter’s short start made all the difference for the Dodgers in their 4-2 win.

“Mookie hits that leadoff double and I’m thinking about him,” Suter said. “I think it took some focus off the plate. I’m missing corners. It had a snowball effect. I’m trying to breathe, trying to disengage, trying to do the normal routine to get me back in sync. I couldn’t find it.

Suter picked a poor time to implode. After pitchers Corbin Burnes and Devin Williams suffered injuries late in the season, the Brewers needed Suter to eat innings against the top-seeded Dodgers in Game 1.

Eric Yardley, Justin Topa, Freddy Peralta and Drew Rasmussen combined to allow just one run over the final 6 ⅓ innings Wednesday. However, Milwaukee must win Games 2 and 3 at Dodger Stadium to avoid elimination, having taxed an already-depleted pitching staff in Game 1. Brandon Woodruff will start Game 2 on Thursday.

“I think there’s a path for us to be strong in pitching the next two games, but it’s going to take a great start from Brandon,” Counsell said.

The Dodgers’ patient game plan worked to perfection. Suter threw 32 pitches in the first inning. The Dodgers swung at six of them and took just three for strikes.

After Betts’ leadoff double, Corey Seager and Max Muncy walked to load the bases. Will Smith took four pitches out of the strike zone to bring in the Dodgers’ first run. With two outs, AJ Pollock drew a four-pitch walk of his own with the bases loaded to bring home another run.

“They didn’t really let me breathe,” Suter said of the Dodgers. “They were doing things at second base. They got guys on to begin both innings. You’ve got to give them credit as well. They’re a really disciplined team. When it was in the zone, they were taking good swings. When it was out of the zone they were laying off. I wish I made them beat me a little more. I beat myself at least some of the time.”

Back-to-back doubles by Chris Taylor and Betts gave the Dodgers a 3-0 lead to begin the second inning. After Suter walked Muncy a second time …read more