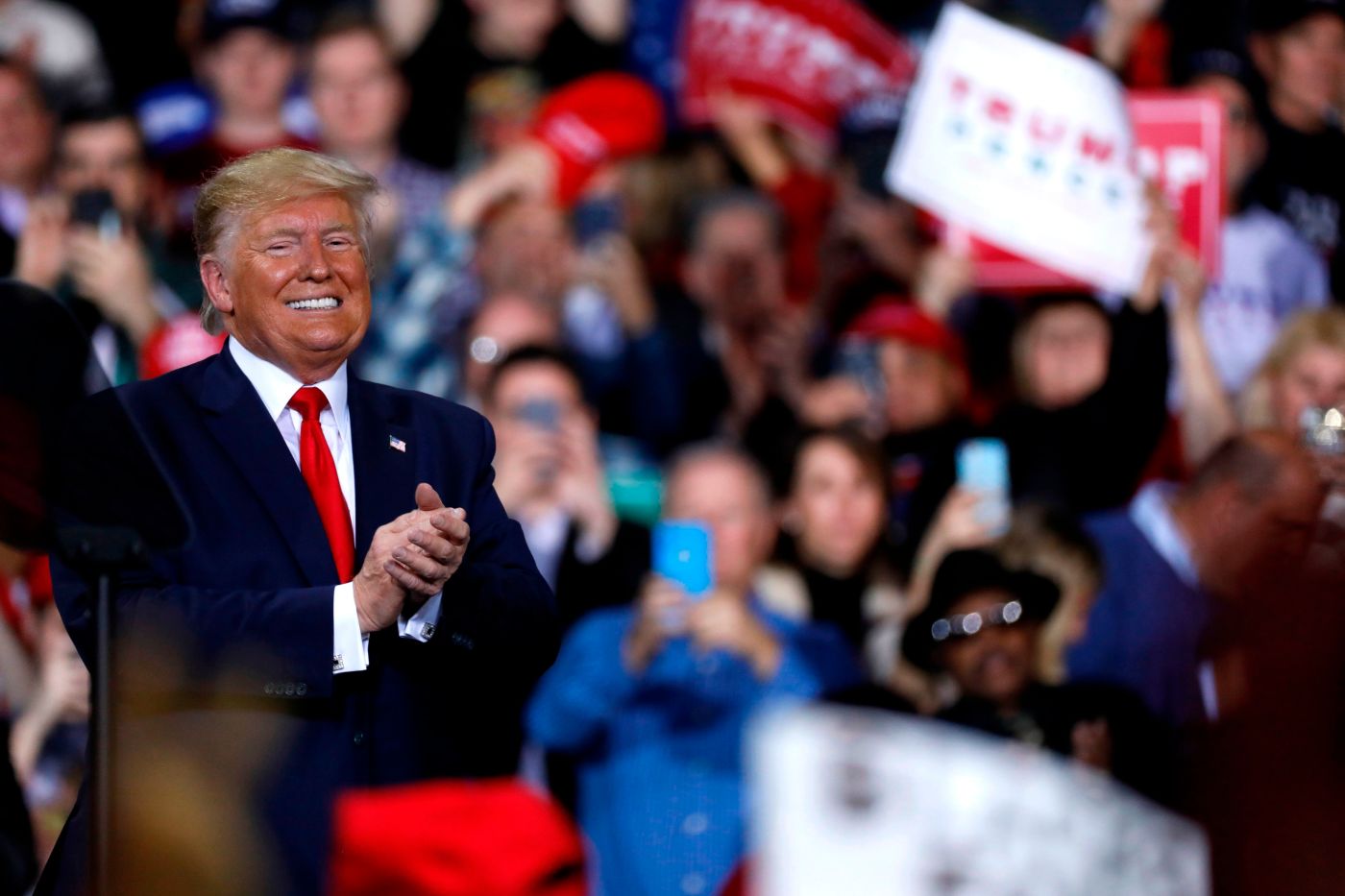 Bill Clinton and Barack Obama both campaigned for, and won, the White House on the watchword “hope.” What watchword will it take for a Democrat to win this time?

Nearly three years into Donald Trump’s presidency, America needs a hard scrub and a deep cleanse. It needs to wash out the grime and grease of an administration that every day does something to make the country feel soiled.

Soiled by a president who, Castro-like, delivered a two-hour rant at a rally in Michigan the night he was impeached. Who described his shakedown of Ukraine as “perfect.” Who extolled the world’s cruelest tyrant as someone who “wrote me beautiful letters. … We fell in love.” Who abandoned vulnerable allies in Syria, then opted to maintain troops in the country “only for oil.” Who, barely a year before the El Paso massacre, demonized illegal immigrants who “pour into and infest our Country.”

The list goes on, and most everyone feels it. In June, the Pew Research Center published a survey on how the country sees the state of public discourse. The most striking finding: “A 59 percent majority of Republicans and Republican leaners say they often or sometimes feel concerned by what Trump says. About half also say they are at least sometimes embarrassed (53 percent) and confused (47 percent) by Trump’s statements.”

These numbers should devastate Trump’s chances of reelection. They don’t, for three reasons.

First, 76% of Americans rate economic conditions positively, up from 48% at the time of Trump’s election. Second, the progressive left’s values seem increasingly hostile to mainstream ones, as suggested by the titanic row over J.K. Rowling’s recent tweet defending a woman who was fired over her outspoken views on transgenderism. Third, the more the left rages about Trump and predicts nothing but catastrophe and conspiracy from him, the more out of touch it seems when the catastrophes don’t happen and the conspiracy theories come up short.

No wonder Trump’s average approval ratings have steadily ticked up since the end of October. In the view of middle-of-the-road America, the president may be bad, but he’s nowhere near as bad as his critics say.

In that same view, while Trump’s critics might be partly right about him, they’re a lot less right than they believe. In a contest between the unapologetic jerk in the White House and the self-styled saints seeking to unseat him, the jerk might just win.

How to avoid that outcome?

The most obvious point is not to promise a wrenching overhaul of the economy when it shows no signs of needing such an overhaul. There are plenty of serious long-term risks to our prosperity, including a declining birthrate, national debt north of $23 trillion, the erosion of the global free-trade consensus, threats to the political independence of the Federal Reserve …read more