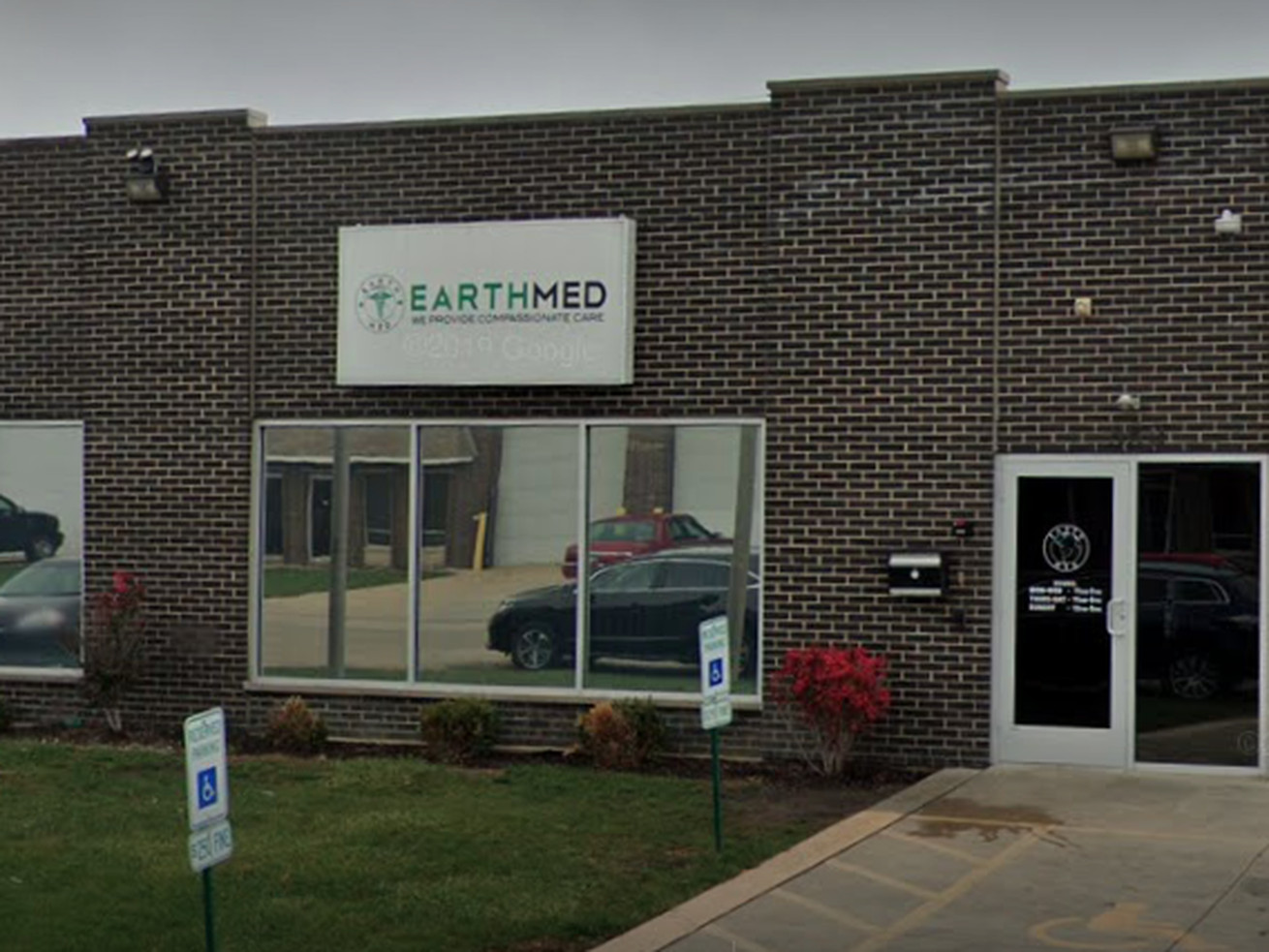 EarthMed in Addison was among two cannabis dispensaries targeted by would-be burglars on Aug. 13, 2020. | Google

Greenhouse Group in Deerfield and EarthMed in Addison were both targeted by burglars early Thursday.

The first attempted heist was reported about 1:50 a.m. at the Greenhouse Group dispensary at 151 S. Pfingsten Road in Deerfield, officials said.

Officers responding to an alarm found the damaged front door ajar, though Deerfield Deputy Chief Tom Keane said the suspects had already taken off. Talley Wettlaufer, vice president of sales for Greenhouse Group, which owns the dispensary, described the incident as “an unsuccessful break-in attempt.”

“Nothing was taken and there was minimal damage,” Wettlaufer said, adding that the shop had already reopened Thursday.

About 5:30 a.m., officers in Addison were called to another break-in at EarthMed, 852 S. Westgate St.

As with the other attempted burglary hours earlier, the suspects left empty-handed, police spokesman Eric Brant reported. A spokesman for EarthMed said they fled the scene when officers arrived.

While Brant noted that there have been a few attempted burglaries at Addison dispensaries in recent months, he said they’ve all been unsuccessful.

“They can get into the building but that’s about it,” Brant said.

Though Illinois dispensaries are required to keep pot products stored in a vault, the largely cash-only businesses have become attractive targets since the drug was legalized for recreational use at the start of the year.

Early Monday, as looters tore through the downtown area and Near North Side, burglars broke into the newly opened Windy City Cannabis dispensary in Goose Island and stole merchandise and several computers, according to Chicago police. The burglary came just over two weeks after police arrested two people trying to get into the shop.

The Elevele dispensary in Skokie was also struck early Tuesday. Owner Andy Hunt said the store “was secured and no product was taken.”

Earlier this summer, four pot stores in Chicago were also targeted during the unrest that followed the police killing of George Floyd. Before that, MOCA in Logan Square fell victim to a daring $200,000 heist just days after weed was fully legalized statewide.

Kevin Sabet, president and CEO of Smart Approaches to Marijuana, a group that staunchly opposed the legalization push in Illinois, said the break-ins aren’t surprising.

“We’ve seen this across many legal states,” Sabet said earlier this week.

Trump ends convention with one truth

Bears camp: Ledarius Mack trying to make his own name