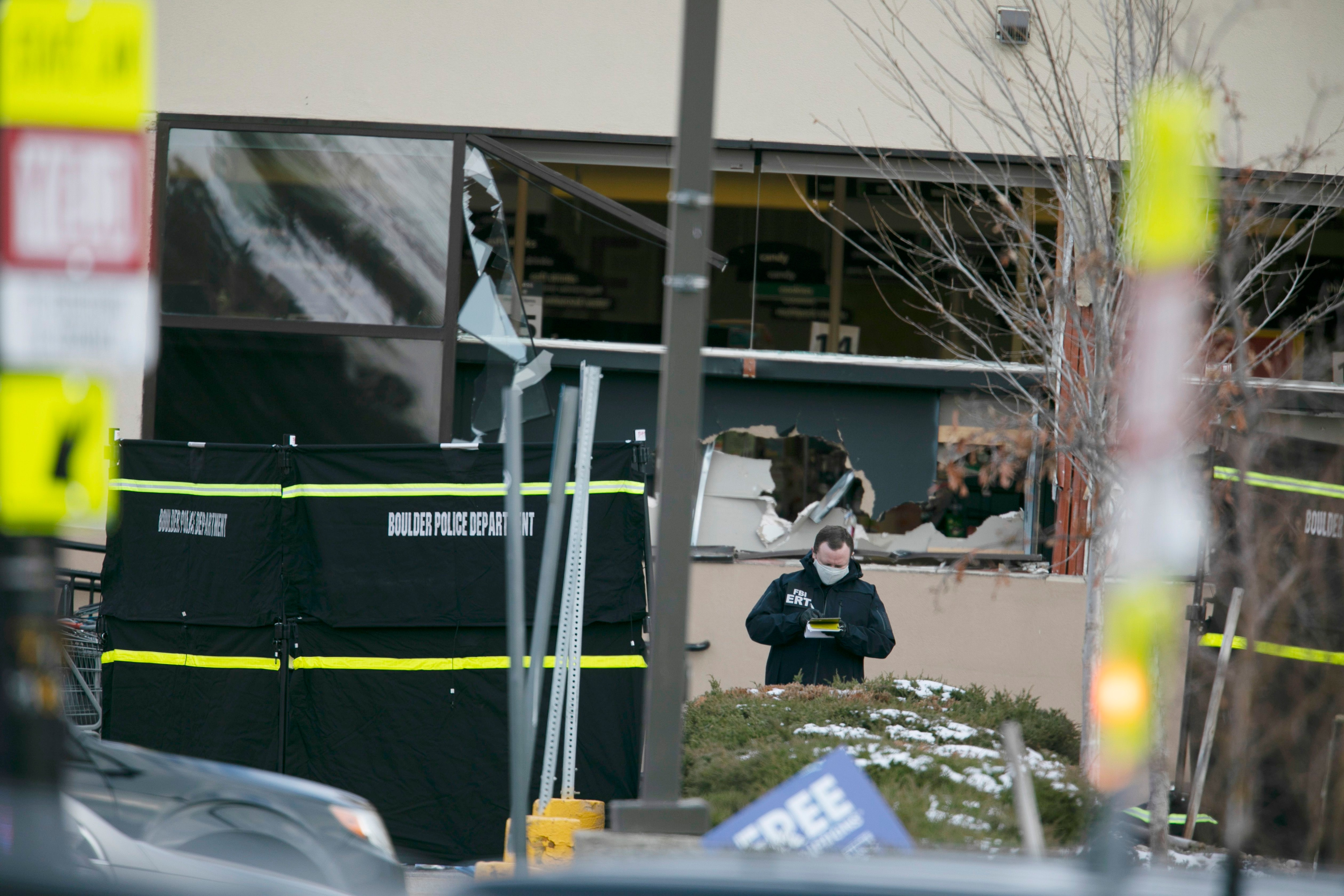 Police on Tuesday identified a 21-year-old man as the suspect in the killing of 10 people at a Boulder, Colorado, supermarket.

Authorities also identified nine victims after previously identifying a police officer who had been killed.

The victims ranged in age from 20 to 65, said Boulder Police Chief Maris Herold.

The shooting Monday at the crowded supermarket sent terrorized shoppers and workers scrambling for safety and stunned a state and a nation that has grieved several mass killings.

Herold said police engaged in a shootout with the suspect inside the supermarket and that is when Officer Eric Talley was killed.

The suspect was undergoing treatment at a hospital and was expected to be booked into the county jail later Tuesday, said Boulder County District Attorney Michael Dougherty.

THIS IS A BREAKING NEWS UPDATE. AP’s earlier story is below.

A shooting at a crowded Colorado supermarket that killed 10 people, including the first police officer to arrive, sent terrorized shoppers and workers scrambling for safety and stunned a state and a nation that has grieved several mass killings. A lone suspect was in custody, authorities said.

Hundreds of police officers from throughout the Denver metropolitan area responded to the Monday afternoon attack, converging on a King Soopers supermarket in a busy shopping plaza in southern Boulder.

SWAT officers carrying ballistic shields slowly approached the store as others quickly escorted frightened people away from the building, some of its windows shattered. Customers and employees fled through a back loading dock to safety. Others took refuge in nearby shops.

One suspect was in custody, a tearful Boulder Police Chief Maris Herold said late Monday. Authorities didn’t identify the suspect, though Boulder County District Attorney Michael Dougherty said the suspect was the only person injured and was receiving medical care.

Officers had escorted a shirtless man in handcuffs, blood running down his leg, from the store during the siege. Authorities would not say if he was the suspect. Foothills Hospital in Boulder was treating one person from the shooting scene but declined further comment, said Rich Sheehan, spokesman for Boulder Community Health, which operates the hospital.

“This is a tragedy and a nightmare for Boulder County,” Dougherty said. “These were people going about their day, doing their shopping. I promise the victims and the people of the state of Colorado that we will secure justice.”

Herold identified the slain officer as Eric Talley, 51, who had been with Boulder police since 2010. He was the first to arrive after responding to a call about shots fired and someone carrying a rifle, she said.

“He was by all accounts one of the outstanding officers of the Boulder Police Department, and his life was cut too short,” Dougherty said.

Dozens of police and emergency vehicles, their lights flashing, escorted an ambulance carrying the slain officer from the shooting scene after nightfall. Some residents stood along the route, their arms raised in salute.

The identities of the other nine victims were not disclosed because police said they were still notifying their family members.