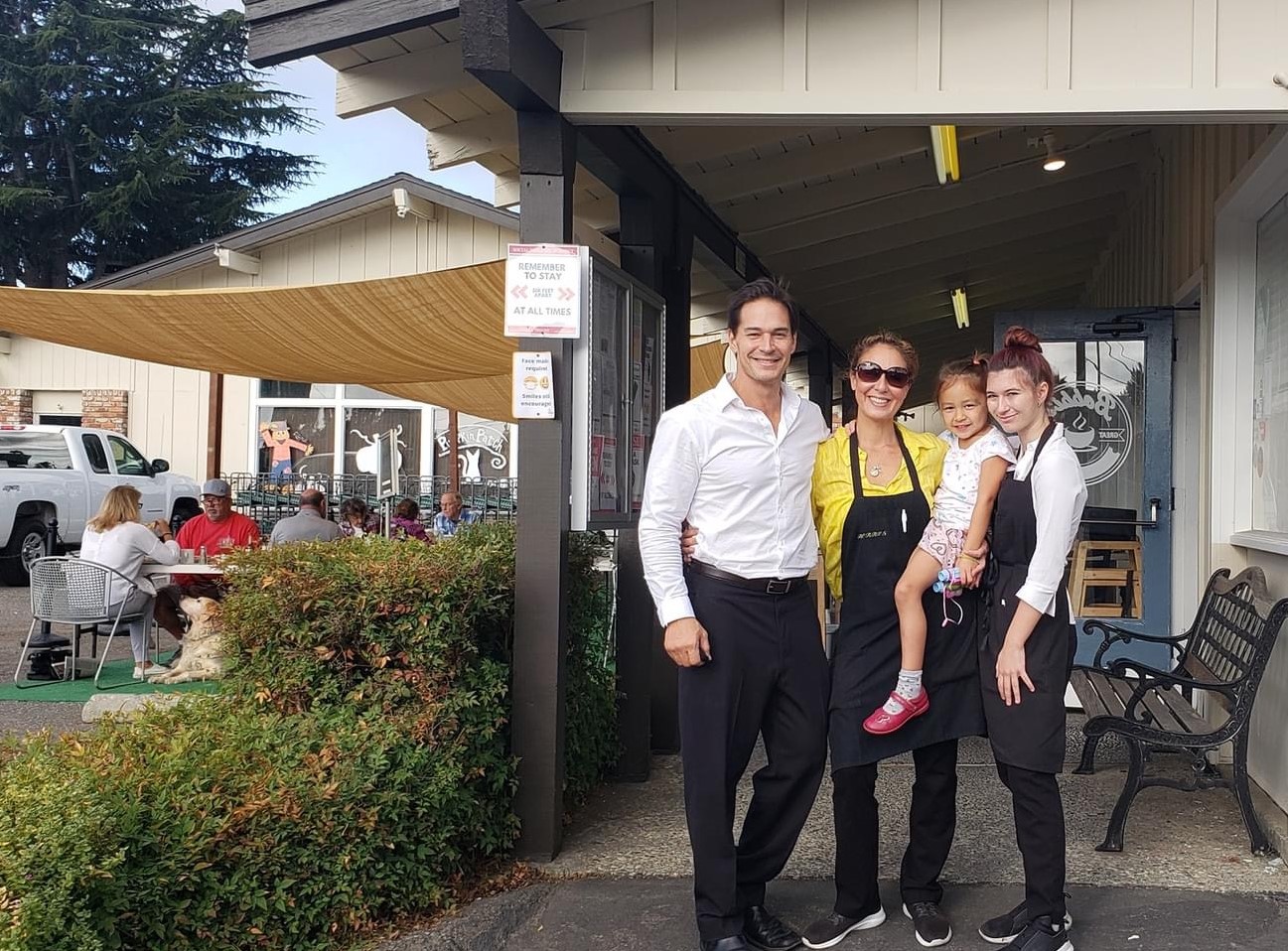 The restaurant has a bit of a retro feel to it—powder blue booths at the windows, swivel stools at the counters. A wall of cork boards bears the photos of the most “famous” regulars, and a yellow and white sign lets hungry guests know they’ve arrived at Bobbi’s Coffee Shop.

The eatery has stood in its current location on South De Anza Boulevard, near the border of Cupertino and San Jose, for decades. And while the menu has remained largely the same over the years, the business has changed hands several times, most recently in response to the COVID-19 pandemic.

In September, Toya Yamagami and her husband Tracy James brought the restaurant back to life after the pandemic forced it to shutter months prior. Yamagami is the landlord for the property, but her connection to Bobbi’s is much more than financial.

When Yamagami’s dad moved to the Bay Area about 80 years ago, he bought a plot of land in Cupertino for $30,000. It had been a peach orchard, but he reimagined it as one of the region’s very first strip malls. Soon after, his friend Bobbi Thorne opened up her coffee shop on the property. Yamagami grew up with the restaurant and surrounding businesses as her second home.

Thorne ran Bobbi’s for more than 20 years then passed it on to her two main waitresses, who then passed it onto their main waitress. At that point, the business was struggling a bit financially, and Yamagami began to receive requests from chain businesses that wanted to take over the property.

“But I just couldn’t imagine Bobbi not having a coffee shop,” Yamagami said.

So Yamagami did the unthinkable in the Bay Area real estate market: She gave the business away for free, to people she knew would keep the spirit of Bobbi’s Coffee Shop alive. And the new owners ran the coffee shop until this year, when business faltered as people stayed home to avoid exposure to the coronavirus.

But again, Yamagami couldn’t fathom the coffee shop closing its doors for good. So, she and her husband took it in hand to revamp and reopen the restaurant. They kept the same staff, including their stalwart chef Ruben Garcia, who trained under the original chef at the restaurant more than 30 years ago. The Ibarra family, the members of which make up a good portion of the staff, also stayed on for the reopening.

“The staff was the one key ingredient that has been the same,” Yamagami said. “They really make the place, and they know the customers so well.”

The restaurant has always been a family affair. All of Thorne’s children spent time working at Bobbi’s, cooking, busing tables and waiting on customers. Now, Yamagami’s 16-year-old daughter Olivia works there on weekends.

The K-shaped economic recovery dividing America also applies to companies. Here are 4 implications of that trend, according to a Wall Street chief strategist.