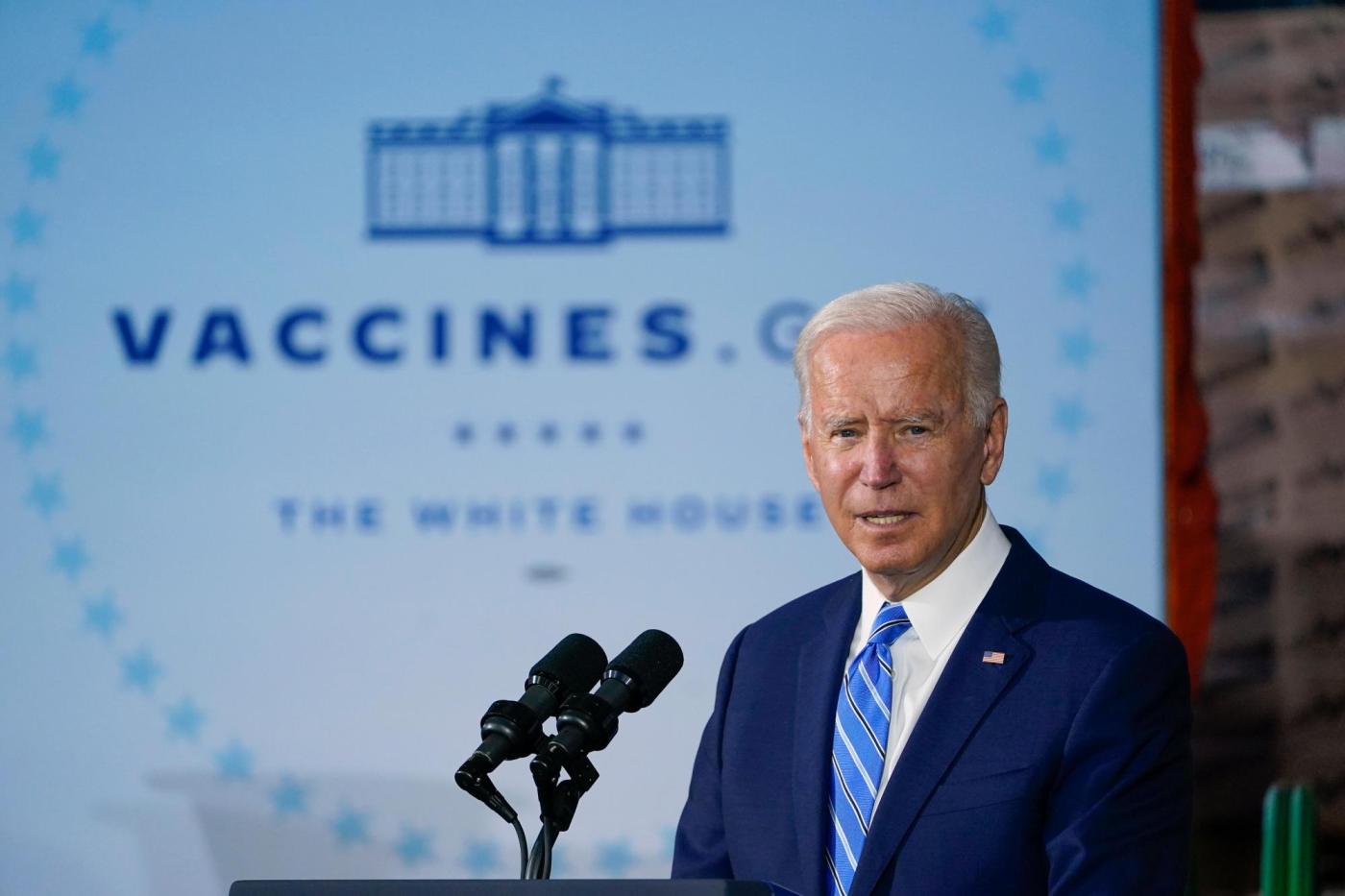 By ZEKE MILLER and AAMER MADHANI

ELK GROVE VILLAGE, Il. (AP) — President Joe Biden on Thursday championed COVID-19 vaccination requirements, determined that the roughly 67 million unvaccinated American adults must get the shot even as he acknowledged that mandates weren’t his “first instinct.”

He had ruled out such mandates before taking office in January, but they now are a tactic he feels forced into using by a stubborn slice of the public that has refused to be inoculated and has jeopardized the lives of others and the nation’s economic recovery.

“There is no other way to beat the pandemic than to get the vast majority of the American people vaccinated,” Biden said in suburban Chicago at an event promoting the requirements. “While I didn’t race to do it right away, that’s why I’ve had to move toward requirements.”

In the coming weeks, more than 100 million Americans will be subject to vaccine requirements ordered by Biden. And his administration is encouraging employers to take additional steps voluntarily that would push vaccines on people or subject them to onerous testing requirements.

Forcing people to do something they do not want to do is rarely a winning political strategy. Yet with the majority of the country already vaccinated and with industry on his side, Biden has emerged as an unlikely advocate of browbeating tactics to drive vaccinations.

Biden took that message to a construction site run by Clayco, a large building firm that announced a new vaccinate-or-test requirement for its workforce in conjunction with Biden’s visit. The company is taking action weeks before a forthcoming rule by the Occupational Safety and Health Administration that will require all employers with more than 100 employees to require that their staffs be vaccinated or face weekly testing for the coronavirus.

Biden encouraged other businesses to follow suit by taking action before the OSHA rule and to go even further by requiring shots for their employees without offering a test-out option.

Biden also met with the CEO of United Airlines, Scott Kirby, whose company successfully implemented a vaccine mandate, with no option for workers to be tested instead. Less than 1% have failed to comply and risk termination.

Biden’s mandates have “worked spectacularly well,” said Lawrence Gostin, a public health expert at Georgetown University’s law school. He added that the president’s rules have also had a “modeling effect” for cities, states and businesses. That’s what the White House intended.

The idea of mandatory vaccination faced pushback from critics who argue it smacks of government overreach and takes away people’s rights to make their own medical decisions.

So first, officials engaged in a monthslong and multibillion-dollar education and incentives effort to persuade people to get the vaccines of their own accord.