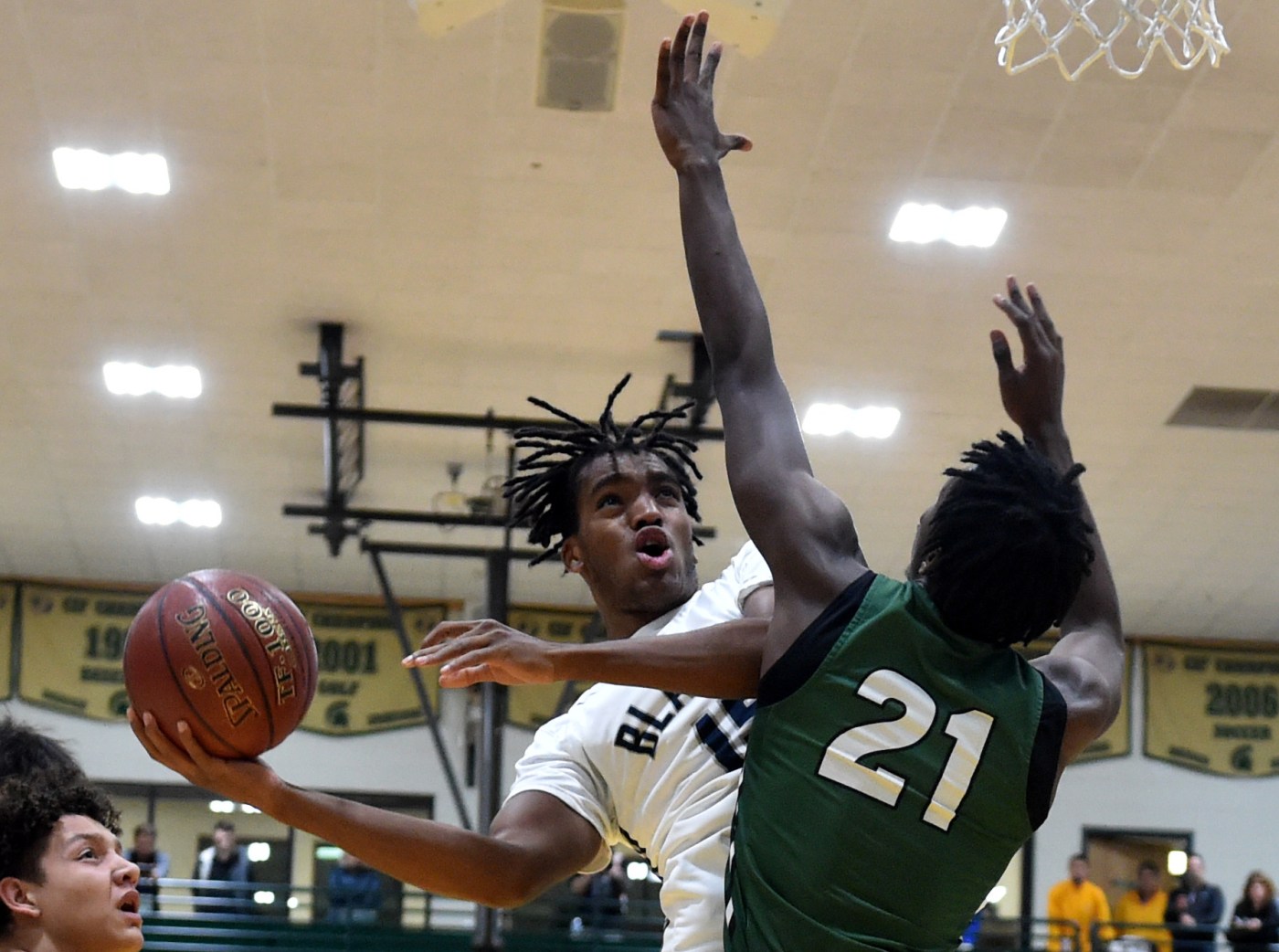 LA VERNE >> Only two local teams are in the Classic at Damien’s platinum division and they’ll be facing each other Friday at 7:30 p.m. in the quarterfinals. The game will be played at Damien High and be broadcast live on KDOC.

Sierra Canyon defeated Ribet Academy 91-58. Birmingham defeated Long Beach Poly 67-65. The two will now face off in a double-local showdown for San Fernando Valley supremacy. The Trailblazers are the No. 1 team in the area. Birmingham is ranked No. 5.

“You play in (the Classic at Damien) to play the best teams,” Birmingham coach Nick Halic said. “They are one of the top teams in the country so it should be fun.”

The Trailblazers (12-0) made it look easy Thursday night in front of Lakers superstar LeBron James, which added a nice touch to a sold-out gym. The first quarter was flooded with breakaway dunks by Amari Bailey and Kentucky commit BJ Boston. In minutes Sierra Canyon led 21-9 before taking a 46-18 lead into halftime.

Birmingham (9-1) looked like the L.A. City Section Open Division favorites with the win, although it didn’t come easy, holding a 40-23 halftime lead before being outscored 27-10 in the third quarter.

Elisha Cofield led the Patriots with 18 points. James Nobles and David Elliott each had 13.