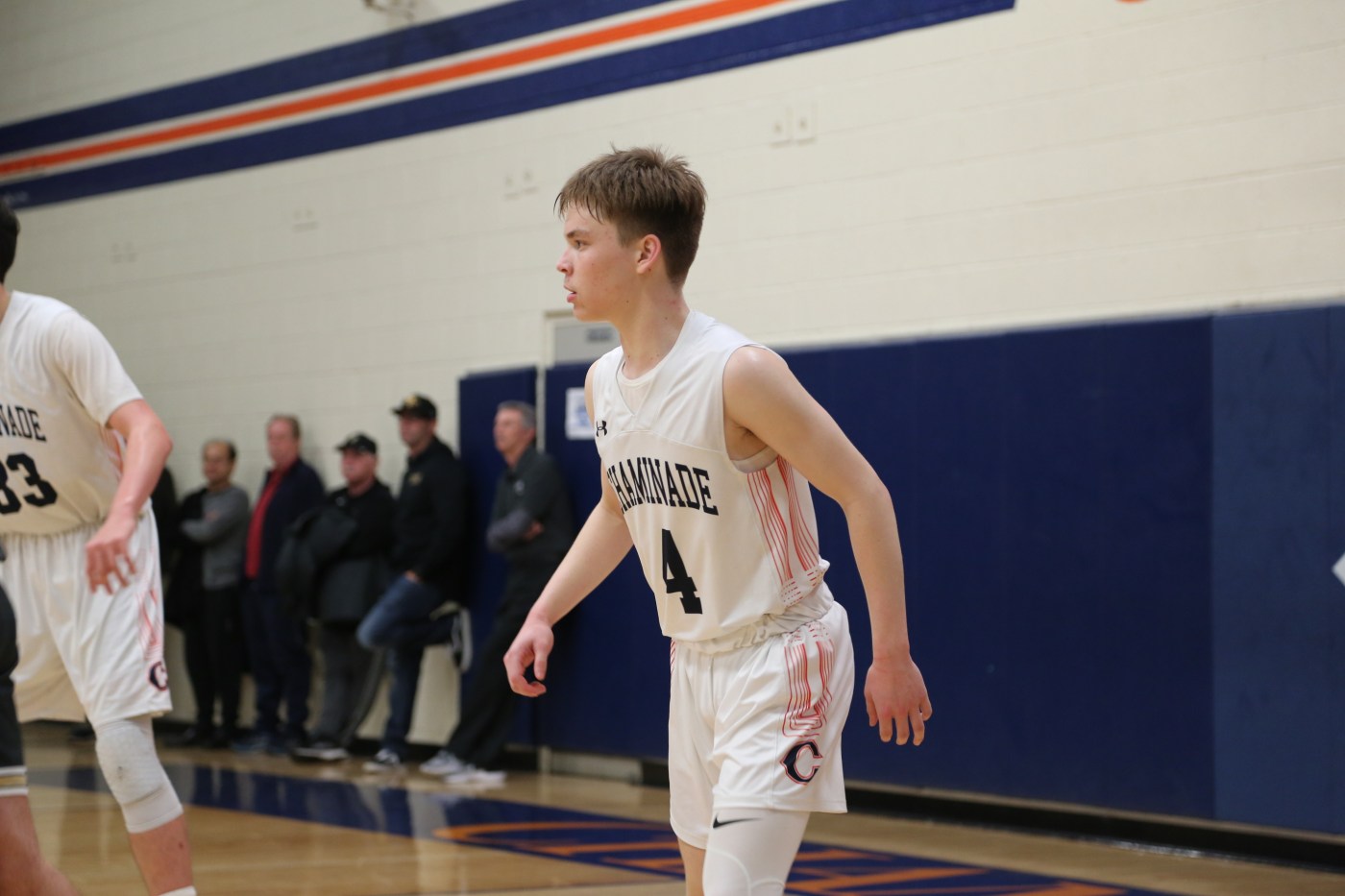 The Eagles led 34-33 at halftime, in large part due to the play of Wilson Poole (13 points) and Keith Higgins, who offered 13 at the half and finished with 16. Simpson had just four points at the end of the second quarter but roared to life after the break, hitting a pair of late three-pointers as part of his 20-point second half to seal the victory.

Largely, though, credit should go to Simpson for playing stellar defense on St. Francis star and UC Irvine commit Andre Henry.  Henry dominated much of game, scoring 25 points in the losing effort, but had to settle for free throws down the stretch as Simpson shadowed him all over the floor.

“He’s just a competitor,” said Chaminade coach Bryan Cantwell of Simpson. “He tries to get all of his teammates involved as the game goes on, but then he’ll just take the game over.”

St. Francis (18-5, 1-1) took away the inside game and forced Chaminade to drive and shoot, leading to some frustrated possessions and turnovers on the Eagles’ end.

Chaminade 6-foot-10 center Abe Eagle scored only six points, but was a major factor in the fourth quarter, helping control the glass with offensive rebounds and tip outs that led to extra opportunities.

Henry consistently finished at the rim despite drawing a double team. Kai Glassen hit a trio of three-pointers in the opening half and finished with 14 points. Frederick Harper added eight points.

There was a shocker in the West Valley League. Granada Hills Charter topped El Camino Real 52-40 led by Khalil Forrester’s 21 points and Kris Cook’s 13. After El Camino Real and Taft topped Birmingham last week, the anticipation for Friday night’s showdown between the Conquistadores and Toreadors has lost some luster.

Taft and Granada Hills remain the only unbeaten teams in the league.

A guide to the Royal Family tree