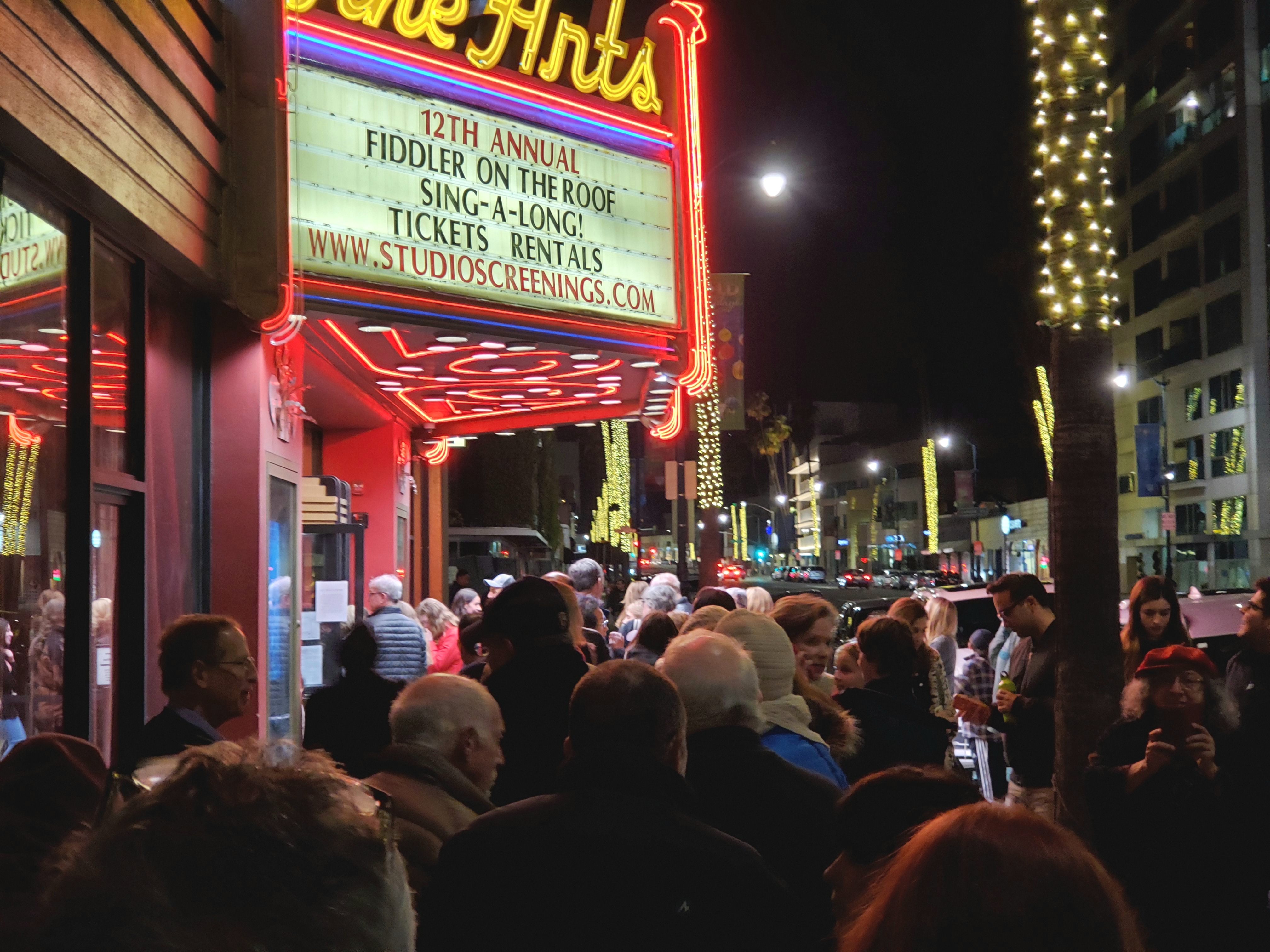 Choruses of nine full movie theaters around Los Angeles crooned, “Matchmaker, Matchmaker” and “If I Were a Rich Man,” on Tuesday night as folk dancing characters of the 1971 film, “Fiddler on the Roof” fluttered across big screens.

The Christmas Eve “Fiddler on the Roof” sing-along is a Laemmle Theatres tradition 12 years running. Yet patrons felt an especially deep appreciation for the family-owned art-house chain at this year’s event — it came just a month after owners put up and then took down a ‘for sale’ sign.

“If you asked me a couple months ago, ‘Would I be here tonight as owner of the Laemmle Theatres?’ I wouldn’t be able to tell you,” owner Greg Laemmle, 54, told the crowd at the Fine Arts Theatre in Beverly Hills. “But at the end of the day we said, ‘We can’t do this,’” he said to cheers and booming applause.

Amid declining ticket sales in the era of streaming and a market dominated by big studio blockbusters, owners Robert Laemmle and his son Greg shared news of a potential sale in August. They called it off in November, saying that the family planned to stay in the game.

But at Christmas Eve for “Fiddler,” you’re most likely to find Jewish Angelenos — some of whom dressed up in shtetl attire Tuesday night as event hosts lit candles to mark the third night of Hannukah.

Words appeared at the bottom of the screen so folks could sing along to the 3-hour film, which follows the family of dairyman Tevye in a pre-revolutionary Russian village as he strives to find good husbands for his three eldest daughters and chats with God.