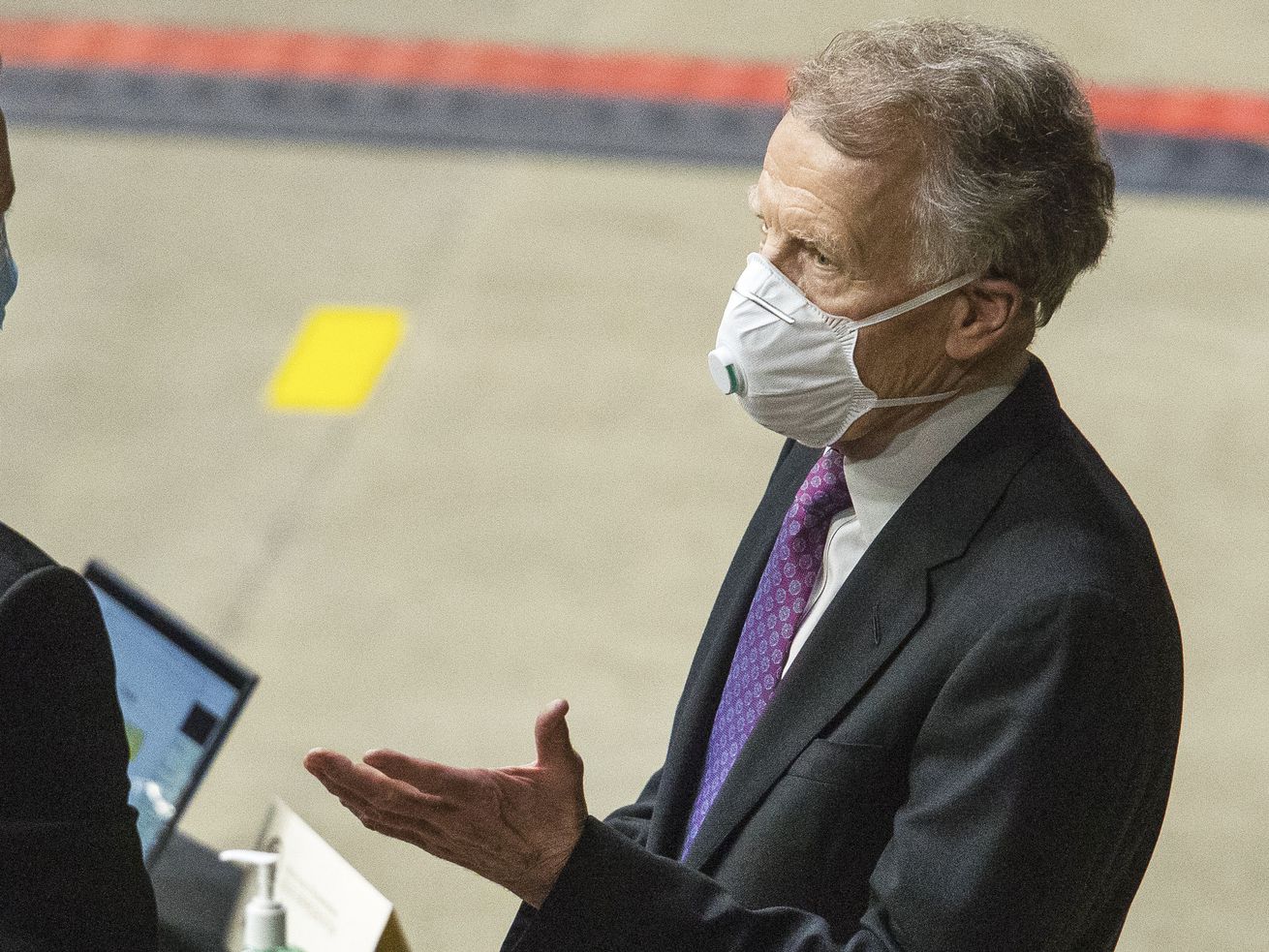 Days before the kickoff of the Democratic National Convention, former state Sen. Carol Ronen — who holds state and national party positions — on Thursday called for Mike Madigan to step down as chairman of the Democratic Party of Illinois.

She made her announcement in a tweet, and I asked her more about it in an interview. The convention — all virtual now — begins Aug. 17. There will be a virtual “welcome reception” for the Illinois delegation at 4:30 p.m. on Aug. 16. Joe Biden accepts the Democratic presidential nomination Aug. 20.

Each night, at 6:30 p.m., the Illinois delegation will hold a virtual delegate meeting before the convention prime-time program, starting at 8 p.m. and running two hours.

As most know, Madigan is under a cloud. Though not charged, he figures heavily in the federal charges against Commonwealth Edison. In the ongoing investigation, the utility admitted to a scheme of doing favors to attempt to wrangle favorable treatment from Madigan, who is also the Illinois House Speaker.

Madigan, wearing his party chairman hat, would, in past years, be a highly visible presence at delegation meetings taking place each day during national conventions, and that’s the problem.

UK supermarkets Tesco and Morrisons are rationing toilet paper and hand sanitizer as fears of panic buying return. One worker said their store was ‘worse than a bad Christmas.’

Tweeted Ronen, “Speaker Madigan should resign leadership posts. IL Dems bigger than one person. @DemsforIl has excellent, diverse leaders for victory w/out distractions. We win when we stand for something bigger than ourselves. Not one individual.”

Ronen is a member of the state party’s central committee and is on the Democratic National Committee. The former North Side state lawmaker also wants Madigan to relinquish his House Speaker job as well as his political post, adding her voice to a few other state legislators and Chicago aldermen.

State Sen. Iris Martinez, also a DNC member and on the state central committee, earlier called for Madigan to give up his leadership spots.

Ronen’s push Thursday especially resonates because it comes just as Madigan could be in a national spotlight and highlights one of the two powerful hats he wears.

“The timing is because the Democratic convention starts in two weeks and he is the chair of our delegation. And as we go into this really important, critically important election, I strongly believe he should not be the face of our party,” Ronen told me.

Madigan clings to the role of the state party chairman because it helps him retain power in the state House. A candidate has to go through the state party to qualify for cheaper postal rates. With so many state House contests heavily using direct mail, Madigan controls state representatives with threats to strip them of their discount mail.