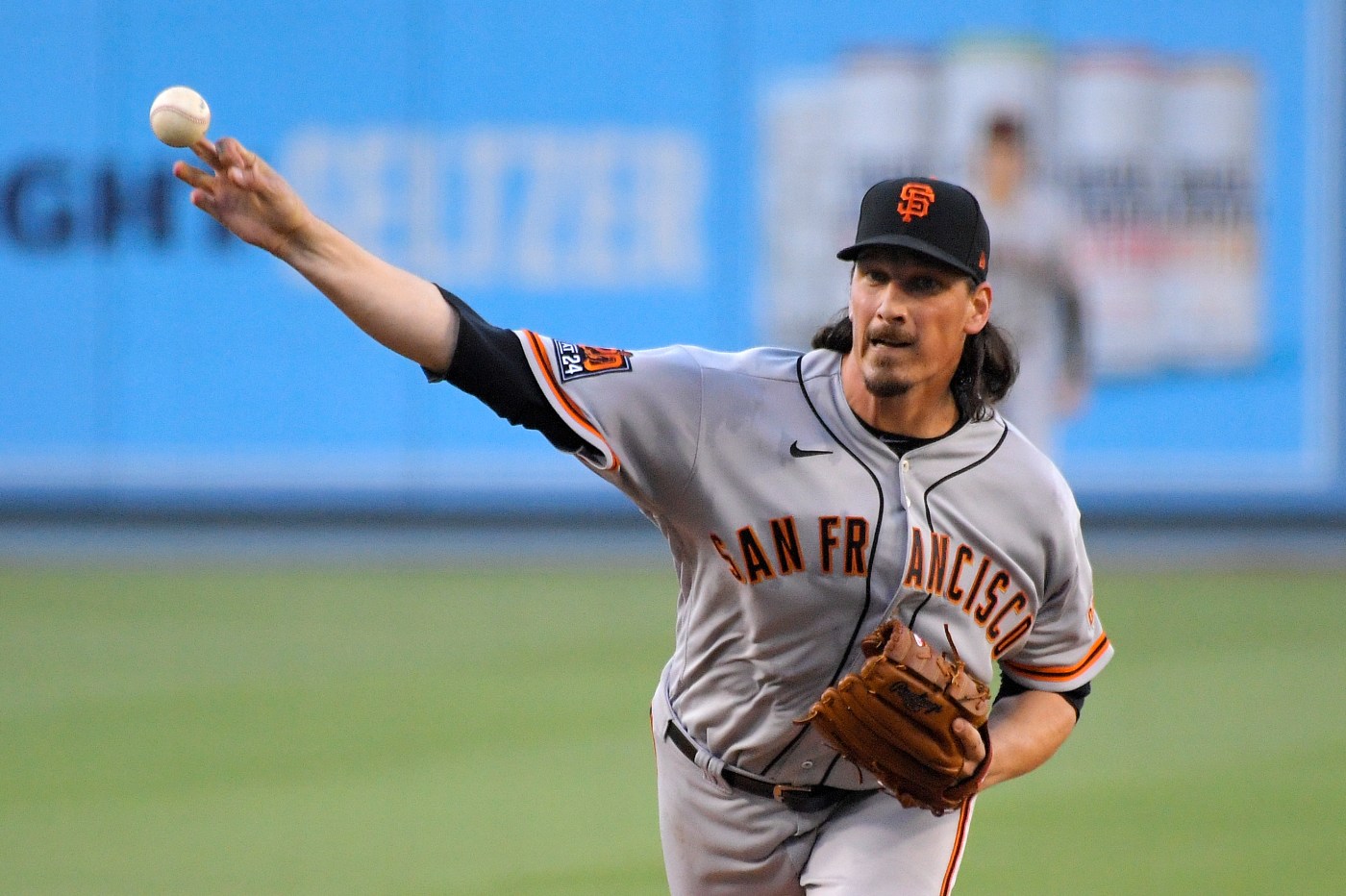 With a fastball that hovers around 90 miles per hour and a slider that isn’t missing bats, Jeff Samardzija’s margin for error is razor thin.

The veteran Giants pitcher needs everything to go right to give his club a chance to win, and in his first three starts this season, a blister on Samardzija’s right hand has prevented him from throwing his favorite pitch, the splitter.

The results have been hideous.

Samardzija allowed three home runs in a game for the seventh time in his Giants career and San Francisco lost for the fifth time in six games with a 7-2 blowout defeat against the Dodgers on Friday.

Dodgers sluggers Mookie Betts, Max Muncy and Will Smith all took Samardzija deep on Friday, increasing his ERA to 9.88 after he entered with a 9.31 mark.

The low point of Samardzija’s night came in the bottom of the fifth against the Dodgers after he walked Cody Bellinger and hit Justin Turner to open the frame. With Kiké Hernández at the plate, Samardzija threw a pitch that appeared to graze off the batter’s front elbow.

Home plate umpire Jim Reynolds ordered Hernández to take first base with a hit by pitch, but Hernández made an unusual plea to Reynolds to let him stay in the batter’s box so he could take his hacks. The Giants wanted to see Hernández hit, too, so they asked for a review.

MLB’s replay crew ended up sticking with the call on the field. With reliever Sam Selman finally warm in the visiting bullpen, the Giants could no longer stick with the man on the mound.

At 35, Samardzija is playing out the final season of a five-year, $90 million contract he signed prior to the 2016 season. The end of his road with the Giants is approaching, but hitters across the National and American League West divisions have made his swan song with the club painful.

At the outset of the season, the Giants knew a Dodgers lineup loaded with left-handed power-hitters represented a brutal matchup for Samardzija, who must paint the corners and keep hitters off balance to succeed. Manager Gabe Kapler didn’t use the right-hander in the Giants’ first four-game set in Los Angeles, preferring to give Samardzija a chance to make two starts at Oracle Park.

In a pair of discouraging Giants losses, Samardzija gave up 11 hits over 9 2/3 innings while only striking out two.

In this turn through the rotation, Kapler and the Giants had no choice but to let Samardzija face the Dodgers. With his splitter still on the shelf, Los Angeles hammered him.

Samsung has sealed a $6.6 billion deal with Verizon to build 5G networks in the US

Sweden’s no-lockdown strategy is beginning to look like less of an outlier, but still doesn’t compare well to other countries

Photos: Clippers vs. Dallas Mavericks in Game 3 of their NBA playoff series