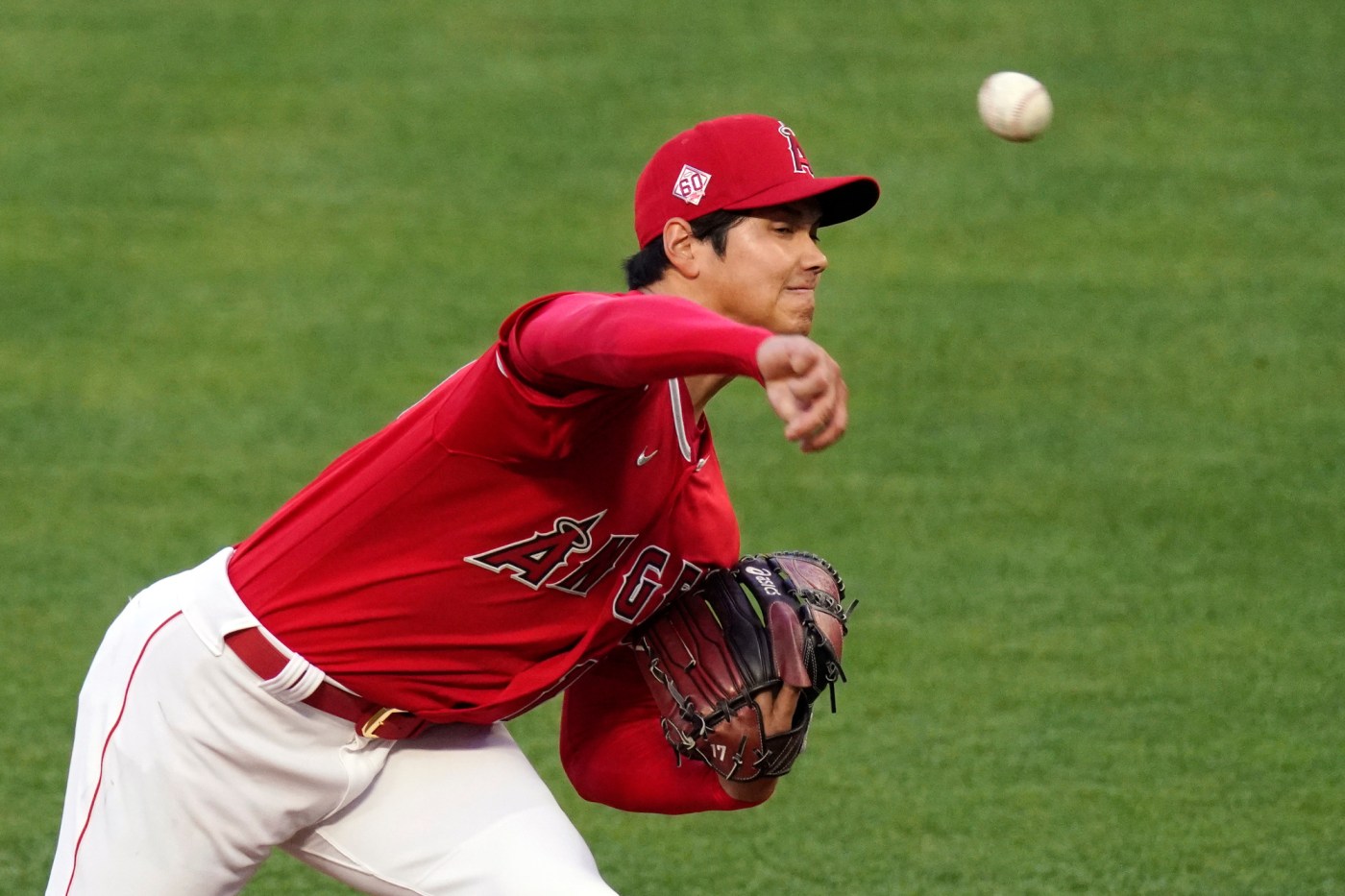 ANAHEIM — A day after Shohei Ohtani’s return to the mound, his blister was still fine.

Now, the Angels will move on to fixing his command.

Ohtani has walked 11 and hit a batter in 8 2/3 innings in two starts. So far it hasn’t hurt him because he’s allowed only three hits and struck out 14, but the Angels and Ohtani know it has to improve.

Manager Joe Maddon said Wednesday that Ohtani’s command was actually better when runners were on base – which explains why he was able to escape the jams caused by the walks.

To Maddon, that’s because his tempo improved when he was trying to be quicker to the plate.

“It’s just nine innings of baseball and getting him out there as often as possible,” Maddon said. “It’s all about feel. When your fingertip is messed up, the feel can kind of evade you. Just give him some more time. I think whatever’s getting in the way is definitely workable to make him become better with his command.”

The plan is for Ohtani’s next start to be Monday against the Rangers in Arlington. Maddon said he should be able to get his pitch count into the 90s this time, after throwing 80 on Tuesday.

After Anthony Rendon took some ground balls on the field and went through a workout hitting in the cage, Maddon said there’s a chance the third baseman could return sometime during this weekend’s four-game series in Houston.

“It’s not impossible,” Maddon said. “I would say by the time we get to Texas (on Monday), for sure, but I’m not ruling out Houston.”

Rendon hurt his groin on a throw late in the game April 10. He was eligible to return Wednesday.

“Our trainers want to be a little bit conservative just to make sure that it’s totally fine, that it’s not going to be reoccurring,” Maddon said. “I’m getting nothing but positive input back when I talk to Anthony. He’s smiling. There’s not that dark look in his face at all.”

Maddon accepted responsibility for one of the runs the Angels allowed Tuesday night. With two outs in the seventh inning, a runner at third and Joey Gallo at the plate, the Angels were in a full shift, not guarding against a bunt. Gallo dropped down a bunt and drove in the run.

Maddon said he knows Gallo is capable of bunting, particularly on the first pitch.

The Angels’ starters for this weekend in Houston had been undetermined until Maddon saw how everyone got through Tuesday night’s game, but on Wednesday he said Griffin Canning will pitch Saturday, followed by Dylan Bundy on Sunday. Alex Cobb and Andrew Heaney had already been scheduled for the first two games of the series. …