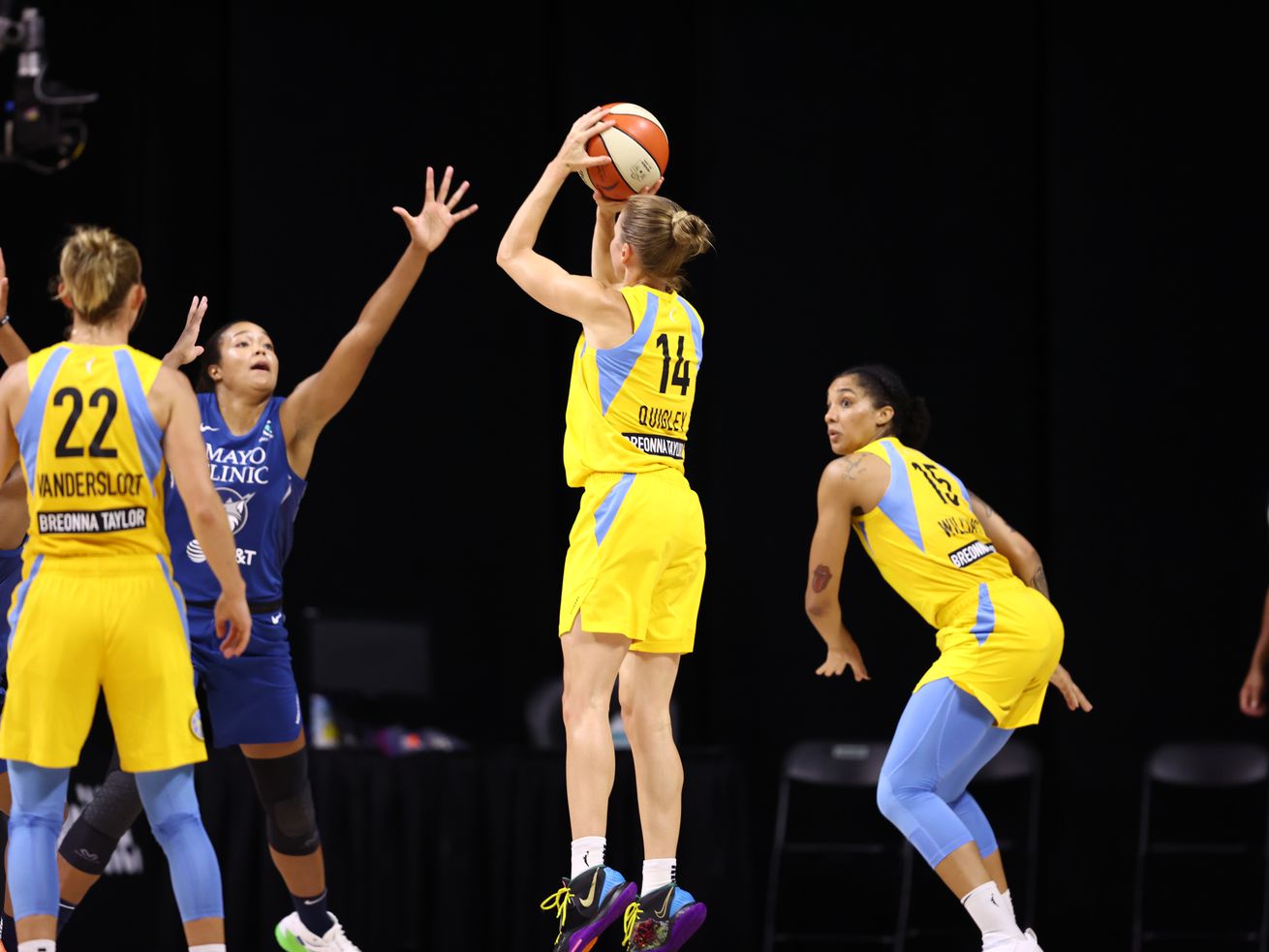 It was an accomplishment she didn’t see coming.

“I wasn’t aware of it,” Quigley said in a phone interview this week. “Like a week before, Courtney [Vandersloot] was on Twitter and she was like, ‘Hey, did you know you’re like 30 points away from being the leading scorer?’ And I was like, ‘What? Are you kidding me?’ I just never thought that I was that close or had scored that many points.

After starting her WNBA journey as a borderline player — who played a combined 34 games on four different teams in her first four seasons — Quigley has become become one of the league’s deadliest outside shooters, adding two Sixth Women of the Year awards and three All-Star nods to her resumé over the last six seasons.

This season, Quigley is averaging a team-high 15.9 points — her second highest mark in her career — while shooting 45.3% from the field and 35.4% from three-point range.

Gov. Gavin Newsom signs modest slate of police reform bills: ‘We have a lot more to do’

The secret to her longevity?

“She’s never content,” Vandersloot said. “I think that the reason she’s still as good as she is is because she’s working just as hard as she was when she wasn’t getting any minutes.”

The condensed WNBA season, where teams are playing practically every other day, hasn’t allowed Quigley much time to soak in the achievement, which she described as “really cool” and “special.”

Still, Quigley said, there’s one goal that remains at the top of her to-do list: Winning a WNBA title.

“All that stuff is cool, but they’re just individual awards,” Quigley said. “A true testament to how good of a player you are is if you can lead your team to a championship or be one of the pieces to help your team get a championship. So that’s definitely No. 1 on my list and we have a chance this year.”

The Sky’s XX-XX ____ against the Wings on Friday marked the end of their condensed 22-game regular season. Bogged down by injuries and the departures of Azura Stevens (season-ending knee injury) and Diamond DeShields (personal reasons), the Sky unraveled during the stretch, entering this week on a season-long three-game losing streak.

“It’s difficult, at times, it’s hard,” said Vandersloot, who leads the league in assists for the fourth consecutive season. “You never want to …read more