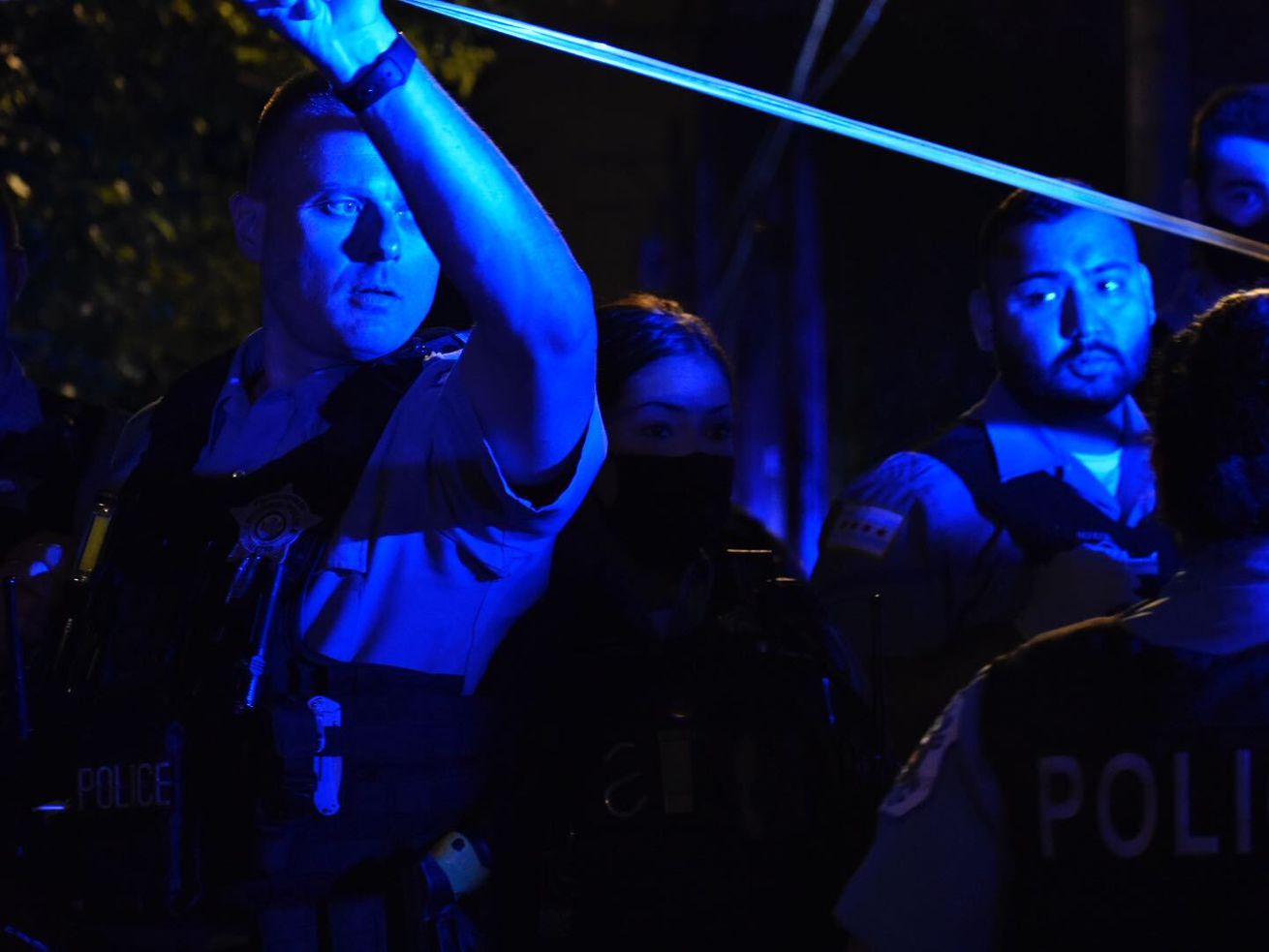 Chicago police officers stand by the scene where multiple people were shot Sept. 12, 2020, in the 100 block of North Pine Avenue. | Carly Behm/Sun-Times

An argument erupted at a gathering, and a males suspect fired shots at the group, police said.

Two people were killed and four others, including a suspect, were wounded in a shootout Saturday in Austin on the West Side.

People at a gathering started arguing about 2:05 a.m. in the 100 block of North Pine Avenue when a male suspect unleashed gunfire into the crowd, Chicago police said. Another person returned fire, striking him in the abdomen.

Another male victim was struck in the thigh and was taken to Loyola University Medical Center in good condition, police said.

The suspect was taken to Stroger Hospital in critical condition, police said.

Officers on the scene stood along the crime scene tape as a crowd gathered. One of the gunshot victims was seen lying in an alley before being taken away by an ambulance.

A weapon was recovered on the scene, according to a police source. Area Four detectives are investigating.