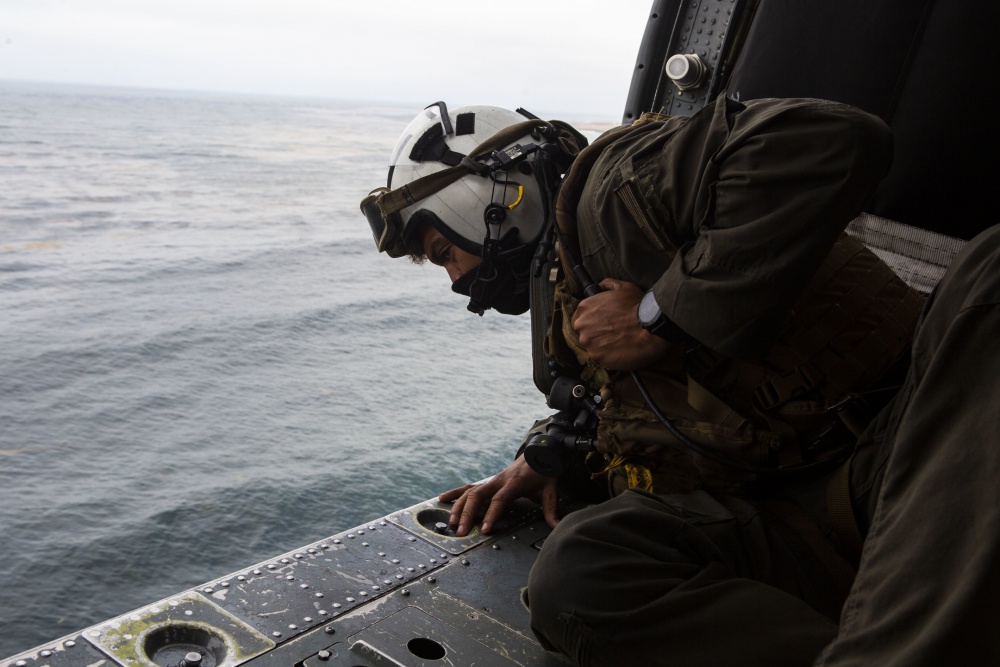 The Marines and sailor have been missing since Thursday, July 30, when their seafaring vehicle — known as an AAV — took on water and sank during a routine training exercise near the island. The Navy-owned island is about 50 miles west of Orange County and 20 miles south of Catalina Island. It is the only ship-to-shore live-fire training range in the nation.

The AAV and 12 others had just left the island’s beaches and were heading out to the USS Somerset, an amphibious transport dock. They had spent the day training on the island.

Eight other Marines managed to jump from the sinking AAV. One Marine later died at the scene and two others were flown via helicopter to Scripps Memorial Hospital in critical condition.

On Sunday night, officials with command elements from the training exercise identified one Marine who was killed and seven Marines and one sailor who are now presumed dead.

Lance Cpl. Guillermo S. Perez, 20, of New Braunfels, Texas, was pronounced dead at the scene on Thursday, July 30, before being flown to Scripps Memorial Hospital in San Diego.

All of the Marines were based at Camp Pendleton and were part of the 3rd Amphibian Assault Battalion. They were infantrymen who served with Battalion Landing Team 1/4. All were attached to the 15th Marine Expeditionary Unit.

Names of two injured Marines were not immediately released. Both remain hospitalized at Scripps Memorial Hospital.

A Navy ship, specializing in undersea search and rescue, is now involved in looking for the missing service members and the AAV.

Only 10 of 67 municipalities would go yellow

Snowflake’s blockbuster IPO means that investors like Berkshire Hathaway, Sutter Hill Ventures, ICONIQ and Sequoia made a huge return on their investments (SNOW)

In Utah this week: Live concert from Utah Symphony and Utah Museum of Fine Arts reopens