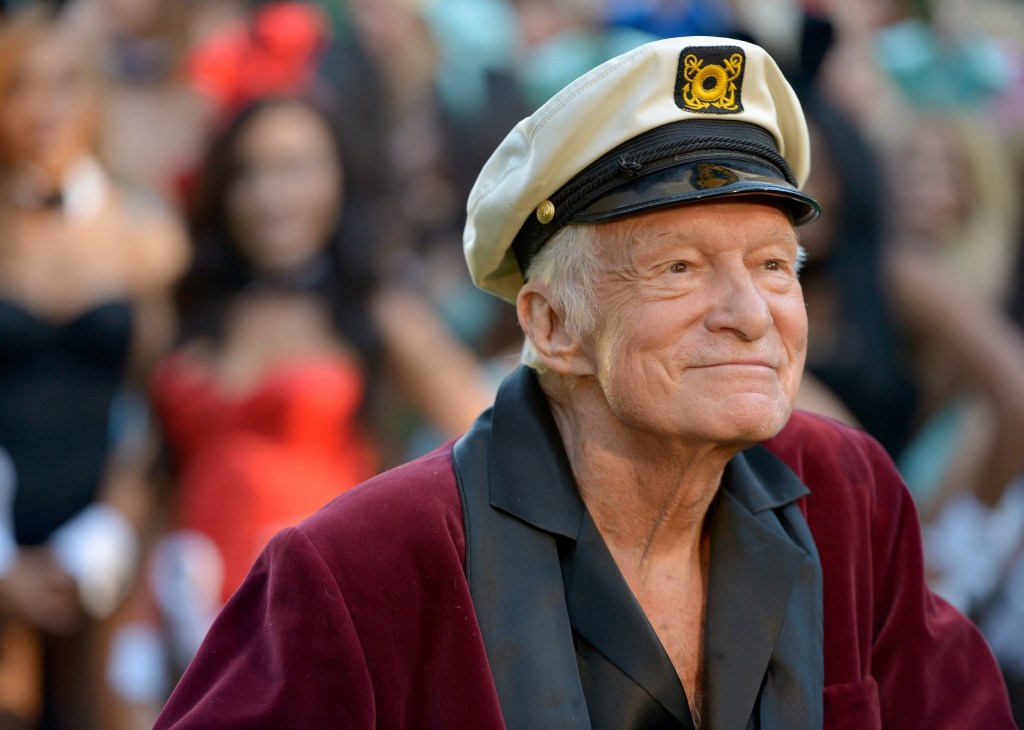 In the latest episode of Secrets of Playboy, it’s been claimed that Hugh Hefner allegedly trafficked women who hadn’t made the cut into his elite Playboy bunny squad in an underground sex system.

Lifting the lid on what really went on in the Playboy mogul’s life, Secrets Of Playboy continues to expose Hefner with hidden footage and exclusive interviews with the magazine mogul’s past girlfriends and former employees.

According to the show, women were sent towards an underground system of ‘clones of the Playboy Mansion on a smaller scale’ around Los Angeles where they were then preyed on, manipulated or groomed by Hefner’s friends, which allegedly included some of America’s most powerful and wealthiest men.

A Playboy Mansion regular, Jennifer Hatten, said during the episode: ‘The competition is so stiff to be a Playmate, so [only a] handful makes it, [and] the rest slip through the cracks and get preyed on.’

Women were flocking to the scene with the hope of becoming the next Pamela Anderson or Anna Nicole Smith, under the impression they would be attending ‘modeling agency’ parties where they could be scouted for future Hollywood careers.

Hatten added: ‘The experience I had at the mini-mansion parties is, immediately walking in, having all the men glom onto you, offering you lines of coke or a bowl of ecstasy.

‘If you refuse those, they’re trying to shove champagne in your face — who knows what’s in the champagne, if they’ve dropped anything in there.’

The Playboy founder allegedly had an underground sex system where he trafficked Playmate-wannabes (Picture: AFP)

Another Mansion regular, Rachel Myers, claimed she was allowed entry to the Playboy world only after allowing an unnamed older man to take pictures of her bare breasts, which at the time, she thought was ‘normal’ because ‘there were photos on the table of multiple women’, she recalled.

Myers added that she felt as though she was a sexual pass-around, with Hatten agreeing: ‘Girls were another form of a game to these men.’

Young women flocked to Hefner, wanting to be the next Pamela Anderson (Picture: Helmut Kretz/Getty Images)

Also revealed in the episode was the allegation that Hugh Hefner was in love with his live-in doctor, Mark Saginor.

According to Saginor’s daughter, Jennifer, ‘Their connection was much more than best friends, it’s my personal belief that the love Hef’s life was my father.’

One of Hefner’s ex-girlfriends, Sondra Theodore, who is a leading critic of Hefner across the docuseries, agreed with the belief that Hefner and Saginore were really lovers.

Sondra Theodore and Hefner were together from 1976 until 1981 around the time when she was 19 years old and he was 50 (Picture: Getty Images)

Jennifer Saginor added that her father and Hefner conspired to abuse groups of women together, as some of these girls were invited to live at her father’s own mini mansion.

‘There were so many different young models living at my father’s house,’ …read more

How Kevin Garnett became the secret weapon of Uncut Gems