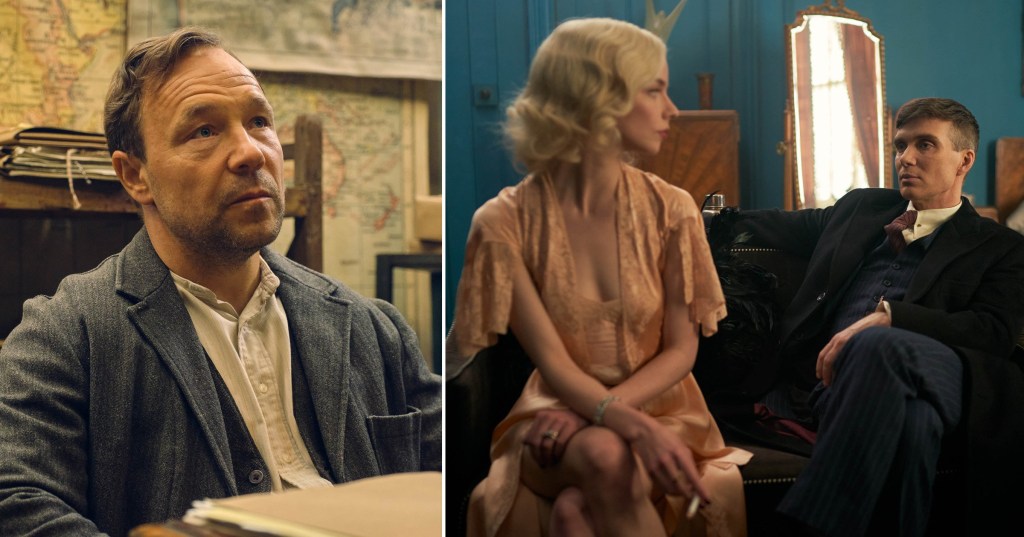 What does Hayden have to tell Tommy? (Picture: BBC)

Peaky Blinders returns for episode 4 on Sunday night as season 6 continues to deliver the ultimate dose of drama.

He was unable to say goodbye to his daughter after going on a search for a gypsy curse, which he believed was haunting both himself and Ruby.

But it was too late, as when he finally arrived back in London, an inconsolable Lizzie (Natasha O’Keeffe) had to break the news.

Elsewhere, Arthur Shelby (Paul Anderson) and some of the other Peaky gang came face to face with newcomer Hayden Stagg (Stephen Graham), who was responsible for some of the opium which had been going missing from Liverpool Docks.

The good news is for fans, Stephen’s complex new character – who quickly got into addict Arthur’s head – will be back this weekend as he finally meets Tommy in the flesh.

Instead, she ordered a beating be delivered his way, which came to an abrupt end when he delivered some home truths to Arthur.

With Tommy set to be a grieving man once more this weekend, following Ruby’s tragic death, could he find comfort in the arms of someone forbidden?

It also looks like he might be swayed back to the booze in his grief, as he’s seen sipping from a tankard full of an unknown liquid.

Elsewhere, Oswald Mosley (Sam Claflin) has his soon-to-be wife Diana Mitford (Amber Anderson) breathing down his neck as he vyes to be the future PM…

What will Esme’s next move be? (Picture: BBC/Caryn Mandabach Productions Ltd./Robert Viglasky)

Female powerhouse Esme Shelby-Lee (Aimee-Ffion Edwards) also looks to be making a return to the Peaky world, years after the death of her husband John Shelby (Joe Cole).

She appeared for the first time since season four last weekend, as Tommy looked for her help to lift a supposed gypsy …read more