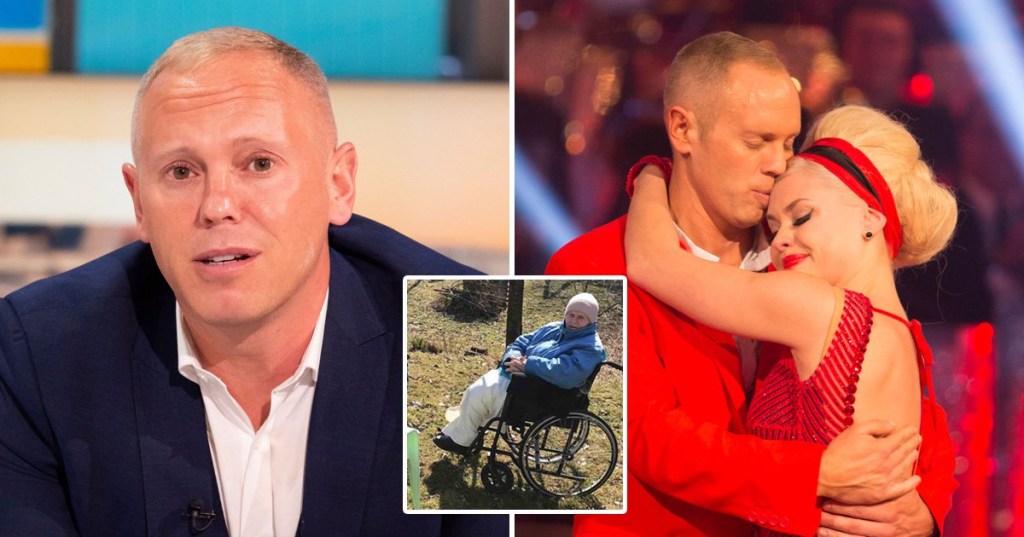 The TV star, 43, who is better known as Judge Rinder, travelled to Przemyśl in Poland where many Ukrainian refugees have been fleeing to amid attacks from Russian forces, to help his Strictly professional partner Oksana Platero’s grandparents safely cross the border.

He likened the scenes to those of World War II, when there was a mass exodus of people fleeing Nazi persecution as trains arrived full of refugees trying to get to safety from the conflict.

Rob told The Sun that he felt a ‘personal connection’ to the conflict as Oksana, 33, who currently lives in the US, was ‘going mad with worry for her family,’ who were still living in her native city of Kharkiv as it came under attack.

While her mother and 10-year-old brother made it to Hungary, her grandparents, whose ages range from 75 to 95, had been refusing to evacuate their homes.

However, her maternal grandmother Lidiya, 75, and paternal grandparents Zoya, 95, and Vasyliy, 87, finally agreed to make the arduous journey to evacuate when a bomb narrowly missed Oksana’s family home a blew the roof of their neighbour’s property, sending it crashing into their garden.

Oksana explained: ‘At that point, they left with no light, no electricity, with no connection. It is cold in Ukraine without heat.’

With her two eldest grandparents being unable to walk, it was down to Oksana’s 57-year-old uncle Oleksii, who has a limp, to pull them up six flights of stairs to find shelter on their journey through Ukraine.

Oleksii’s car was requisitioned by the military during their journey and they were forced to seek shelter to sleep in a kindergarten.

The group thankfully made it across the border to Poland despite not having a wheelchair, food or medical supplies, remaining defiant in the face of adversity, with Oksana’s 95-year-old grandmother saying: ‘We will return home – and tyranny will fall.’

Rob appealed for the UK to do more to help Ukrainian refugees, who are only looking for ‘temporary shelter’ until it is safe to return to their homes and their male relatives who have been made to stay behind.

He slammed the ‘red tape’ that was holding up allowing refugees to enter the UK, explaining: ‘The sad thing is that the British people, with their proud history of welcoming refugees, stand ready to welcome Ukrainians open-armed.

‘Yesterday, ministers officially announced their policy to allow Brits to house displaced people in their own homes, in return for a £350 a month thank you.